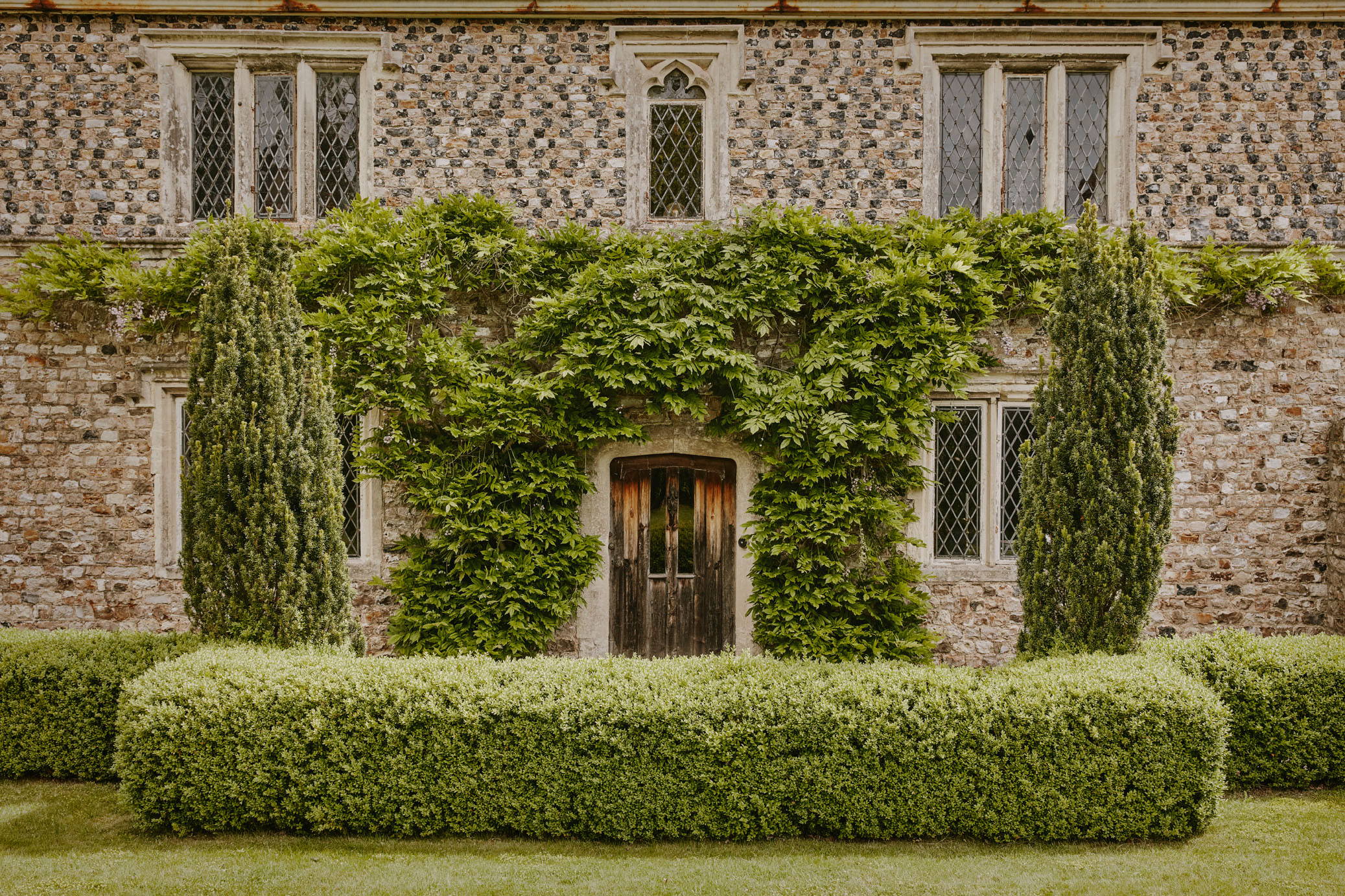 After moving back to her beloved childhood home in Devon during the pandemic, Elizabeth Kemp launched an online antiques business, Perfect English Stuff, with her mother, the writer, editor and collector Ros Byam Shaw. As Camilla Frances discovers, it's a labor of love going back generations.

“Every time I’d go to see Granny her kitchen table would always be scattered with amazing old things she was researching and mending,” recalls Elizabeth Kemp fondly, describing her late grandmother, the antique dealer Margery Byam Shaw. "The fact that she knew the value of these old things, what they meant, where they came from, how they were made and how to mend them, made a real impression on me." 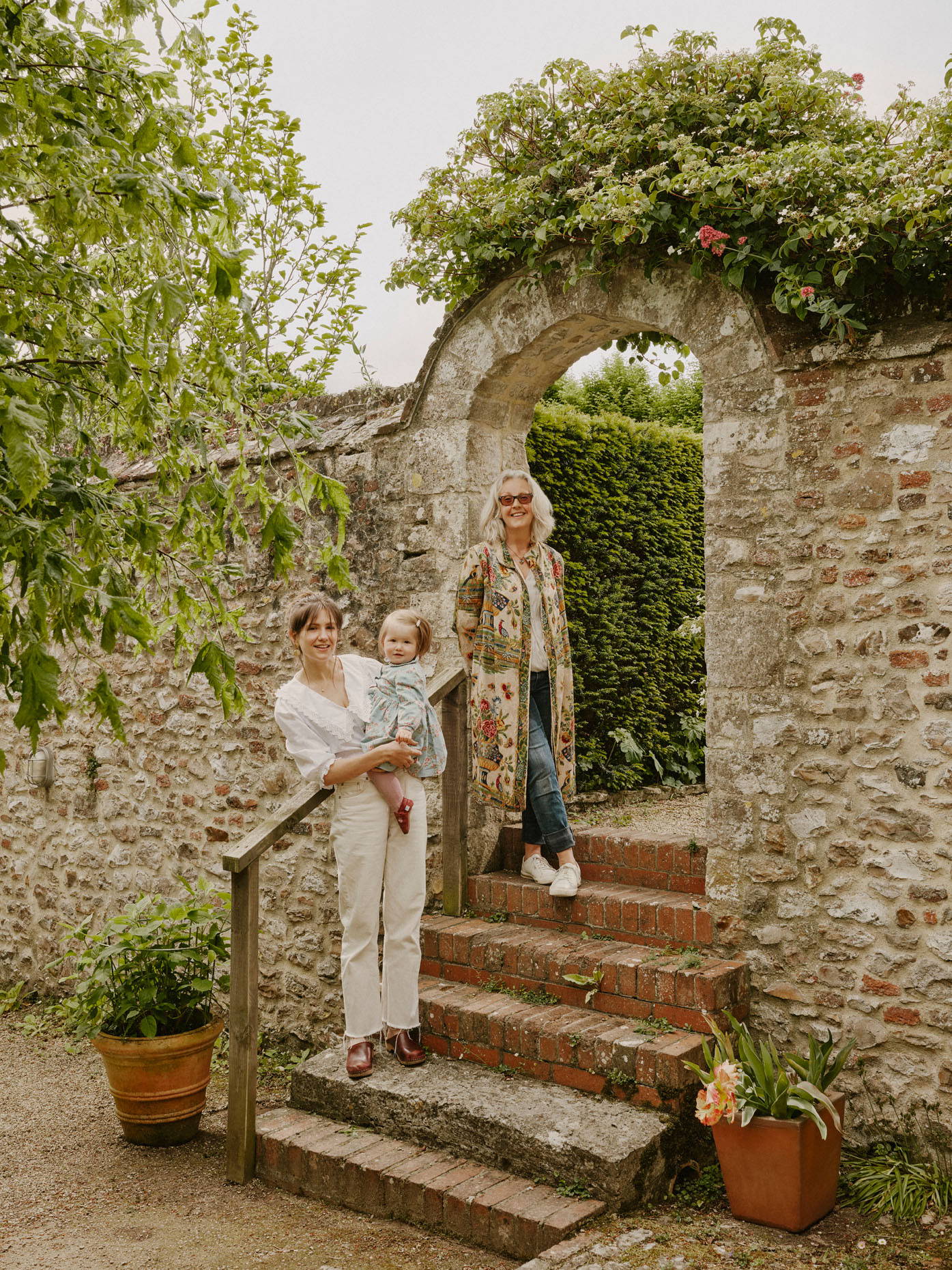 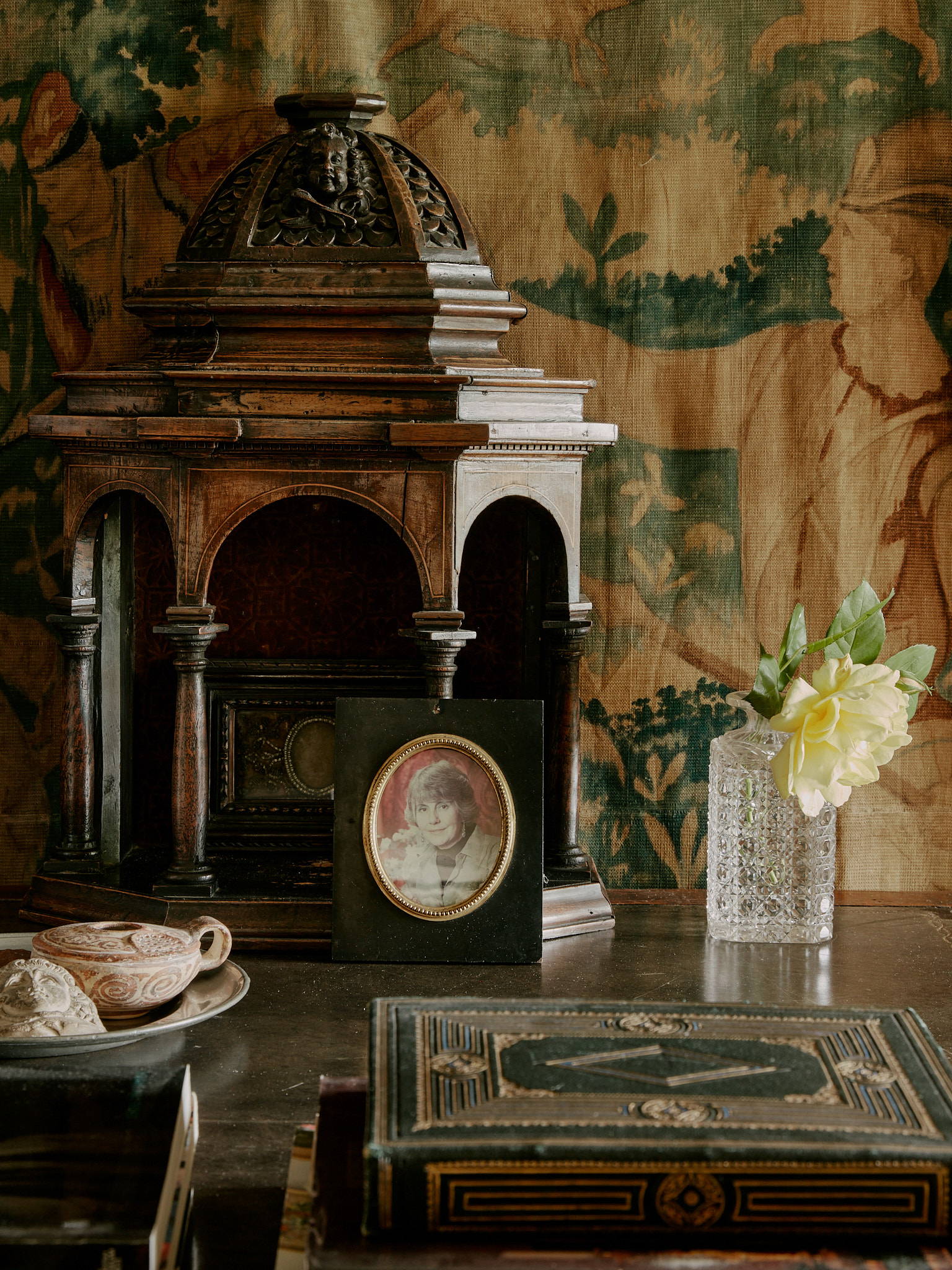 Left: Ros and Elizabeth (with her daughter, Clementine) at the family home. Right: A portrait of Margery Byam Shaw; Kensington Leverne. 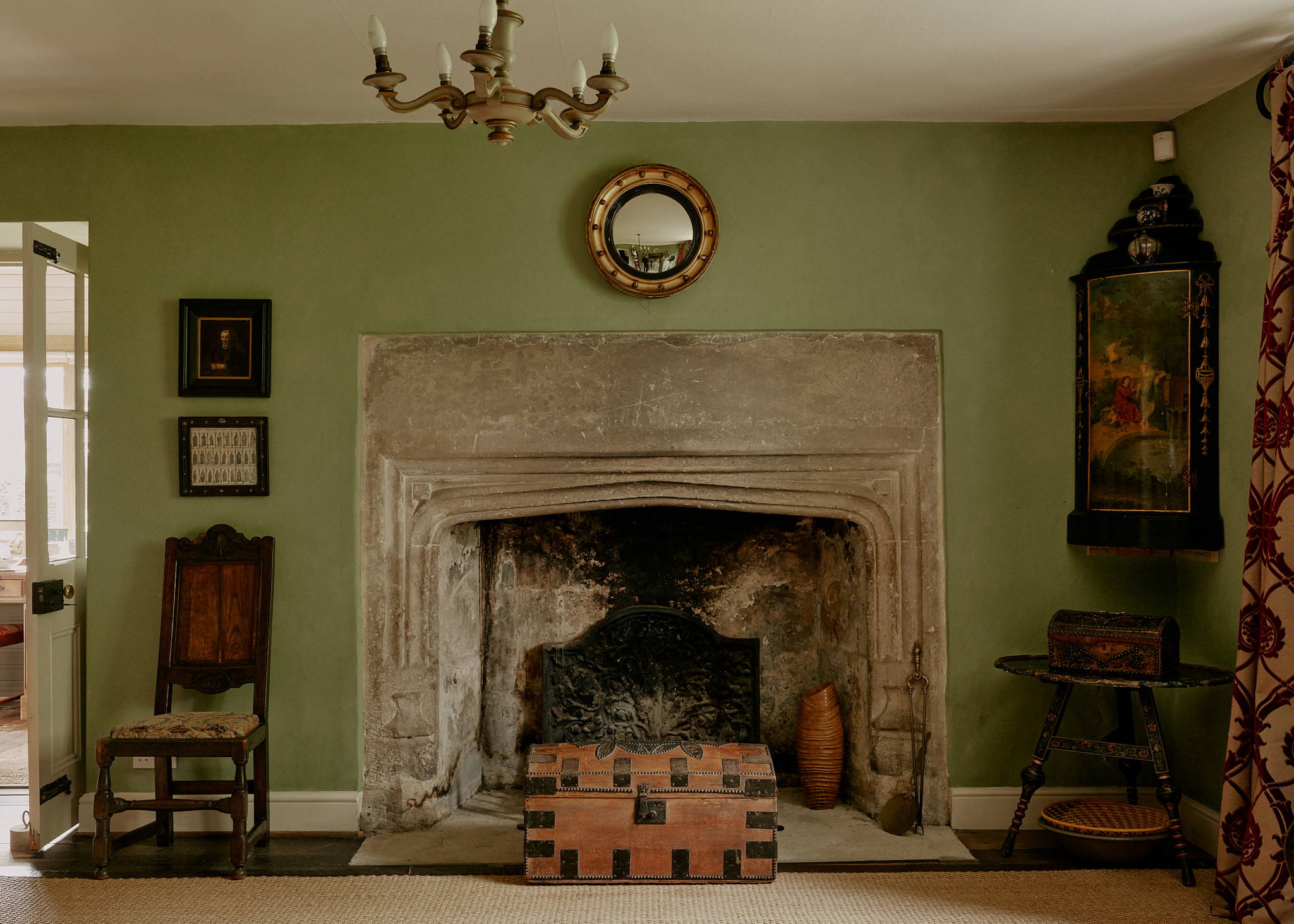 When Cabana visits Elizabeth and her mother, Ros Byam Shaw, at the family’s 16th century home in Devon, the scene is charmingly similar. The table in the atmospheric flagstoned kitchen is laden with treasures ready to be discussed, while Ros and Elizabeth eagerly share the history and provenance of each item. The house, surrounded by walled gardens and replete with extraordinary Tudor fireplaces and original wood panelling, is full of surprises - and the spoils of years of collecting, from Ros’ doll’s house collection on a book-filled landing, to tapestries draped across bannisters and decorative objects scattered across every available surface.

For Ros, sourcing and selling antiques has been a way of life since her teens. “Mum had always collected beautiful decorative things, but she was a single mother and had to work hard to support us; we realised we needed to start selling at fairs.” They were immediately successful, which Ros attributes to her mother’s “amazing eye”, and tendency to find special things that others hadn’t noticed, "like an 18th century Georgian dress". As the years passed, Ros continued collecting: “I think Parkinson’s Law” [which, applied to collecting, dictates that one’s belongings will expand in order to fill the space you have available] “is very true in my case,” she laughs. 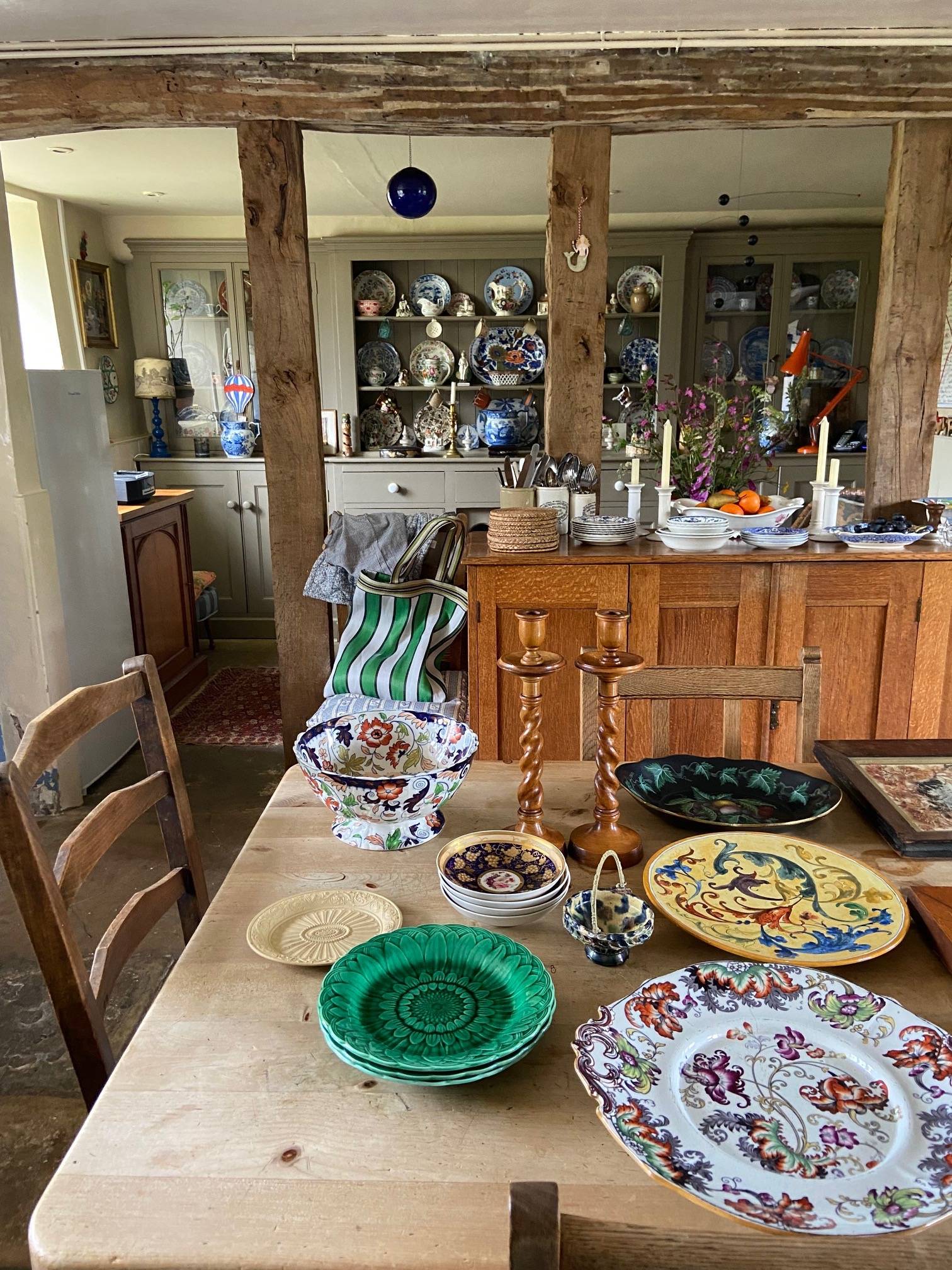 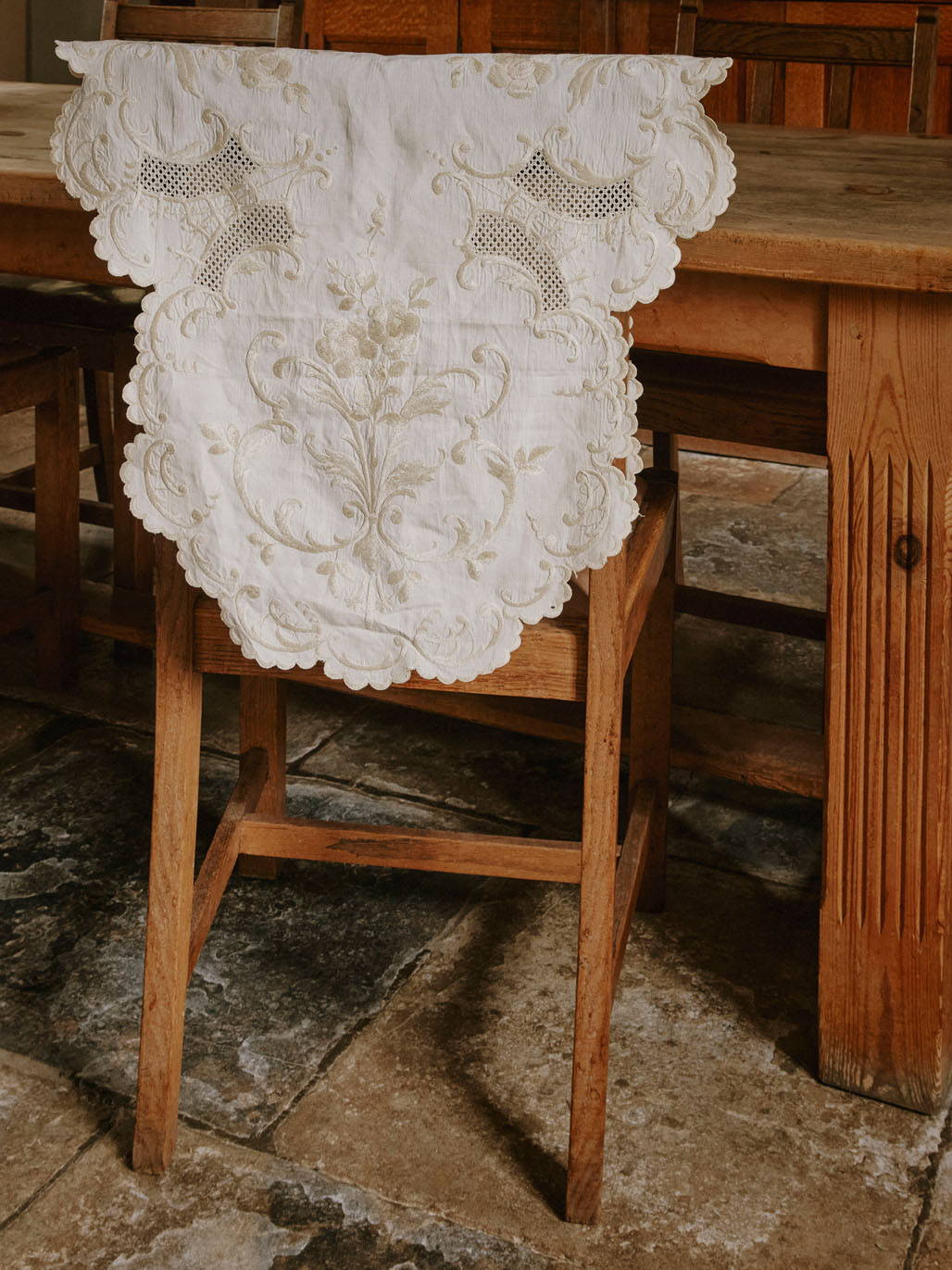 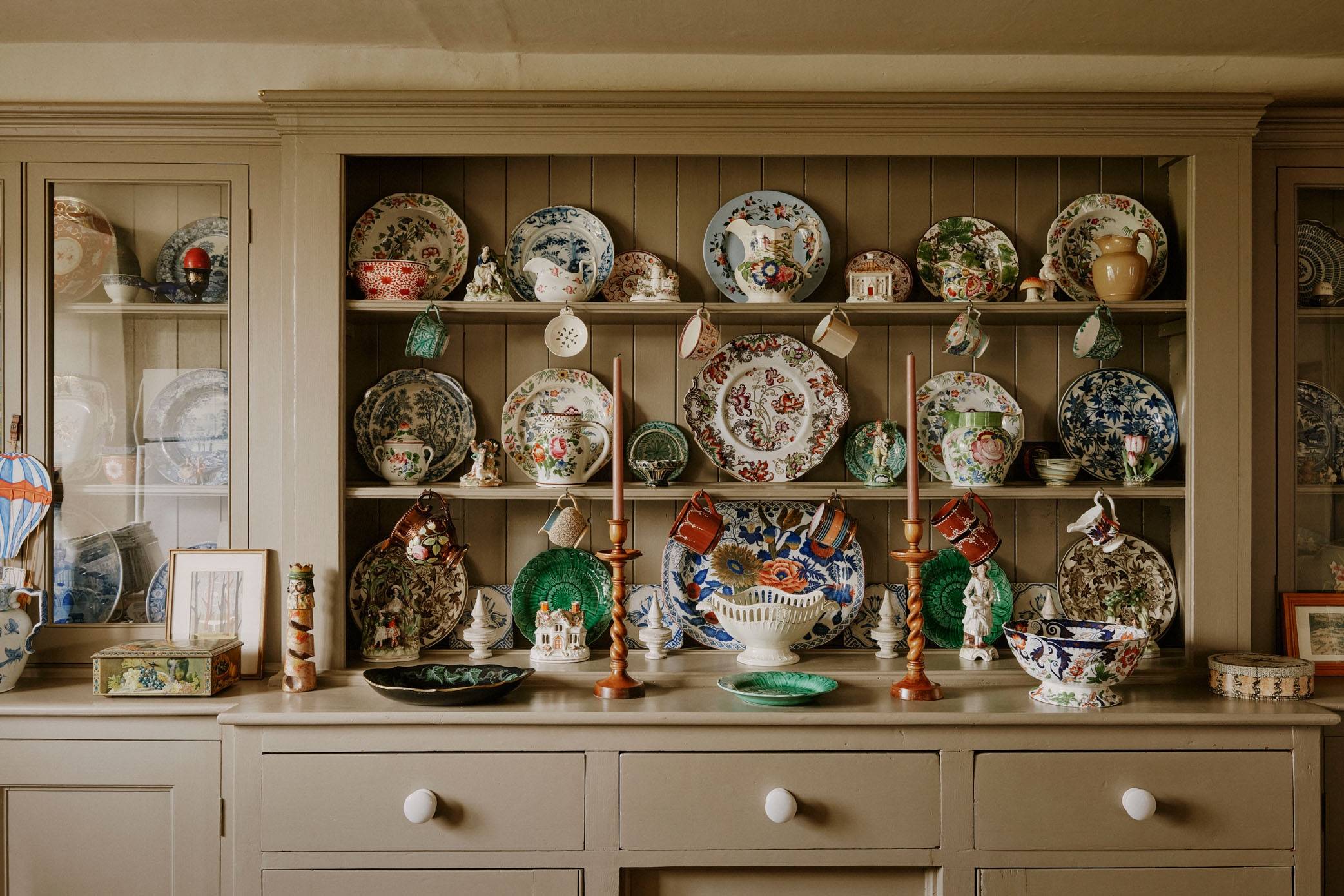 A kitchen dresser full of decades' worth of collecting, including creamware and vintage Wedgwood plates; Kensington Leverne.

Evidently the joy, and value, of collecting has been passed from mother to daughter to daughter. Elizabeth represents the third generation of a trio of menders, makers, recyclers and treasure-seekers, and in 2020 turned the family obsession into a full-time business, Perfect English Stuff, which sells vintage and antique objects, ceramics and textiles via Instagram. Elizabeth points out that their stock is “not always perfect” and “mostly, but not always English” (Middle Eastern textiles often make an appearance, for example), but the brand name is apt and will be familiar to anyone who has followed Ros’ illustrious career in publishing.

After working for an “absolutely terrifying but rather brilliant” antique silver specialist, a chance encounter with a journalist researching silver spoons led to a job at the newly-launched World of Interiors – “I told them I’d do anything, even clean the loos” – where she would eventually become Features Editor. Ros worked at Interiors for 10 years, led by the “innovative, forceful and always encouraging” Min Hogg before forging a successful freelance career and writing multiple books. Her titles include Perfect English, Perfect English farmhouse and English Eccentric, all based around her love of “slightly scruffy, slightly eccentric English houses”. 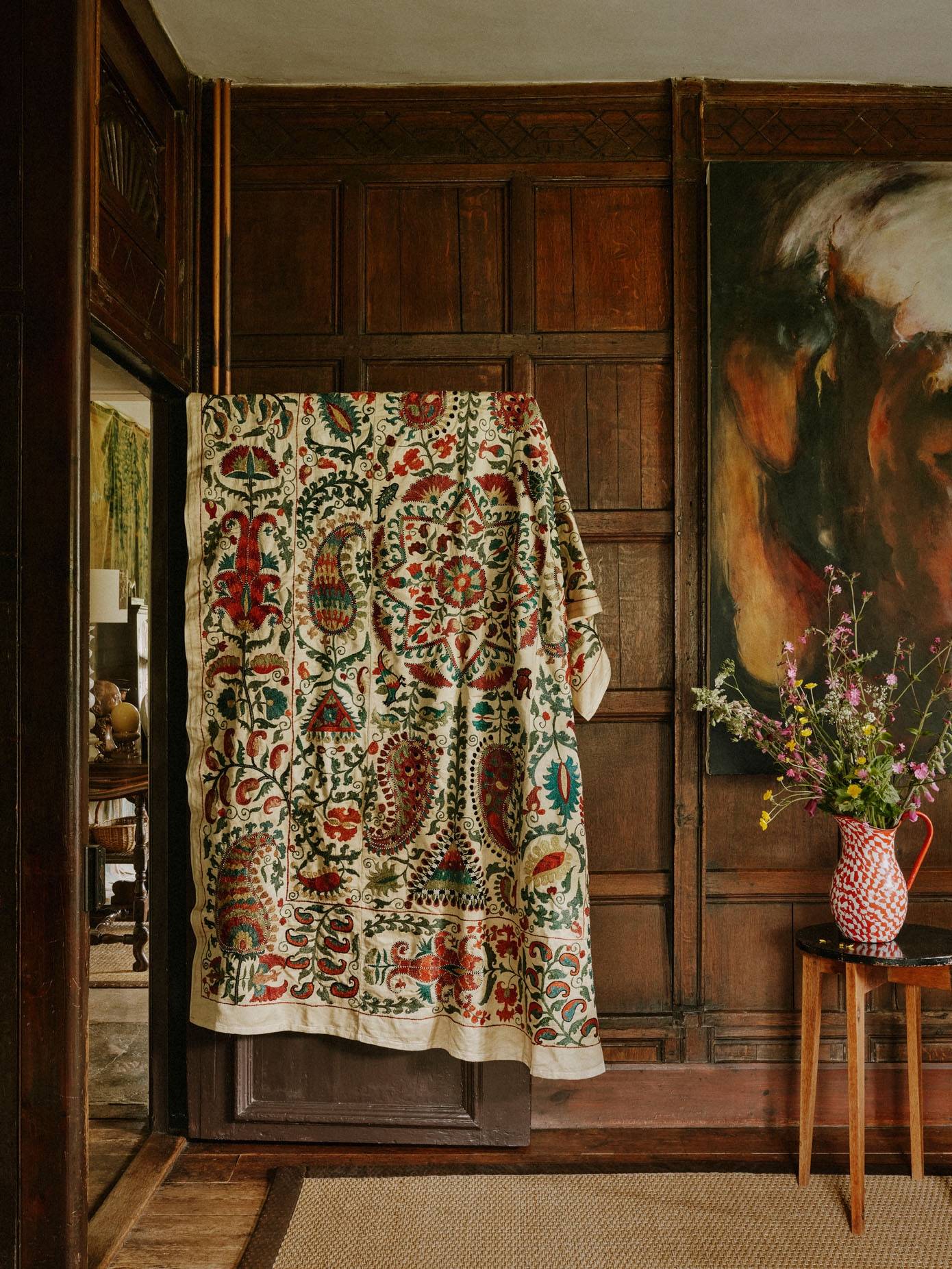 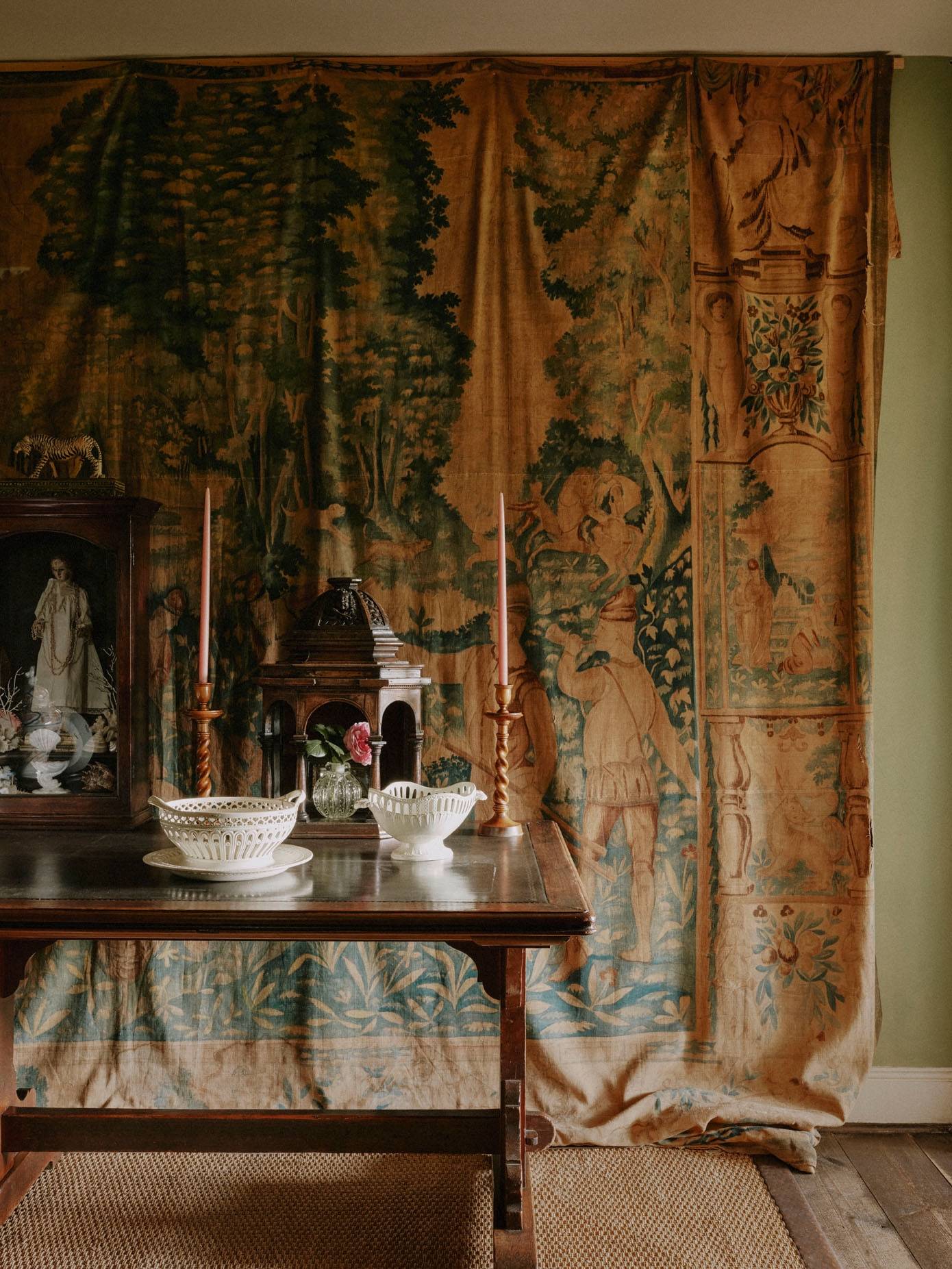 Making regular appearances on Instagram and in Perfect English Stuff photoshoots, their perfectly eccentric Devon home is the ultimate backdrop and inspiration. Acquiring it 21 years ago was like a game of serendipity "that we just kept winning", Ros says. It all started with a tiny image of the house in Country Life magazine. Ros knew the village – it was close to a beach she’d visited on childhood holidays – and remarked to her husband, Richard, that only a house like that would tempt her to leave London. A few years later, she found herself looking at the same house in an estate agent’s office while on holiday in Devon. Minutes later, she was inside the property – it happened to be opposite the agent’s office – and three months later, the family was moving in.

It wasn’t all plain sailing, however. Feeling like a "fish out of water", Ros soon became depressed, missing her friends and former life in London. “But I had flagged floors and 16th century panelling!” she says. And so it was that her “beautiful, intriguing” house, and her two young daughters’ thrill at living in the countryside, convinced her she’d made the right decision. 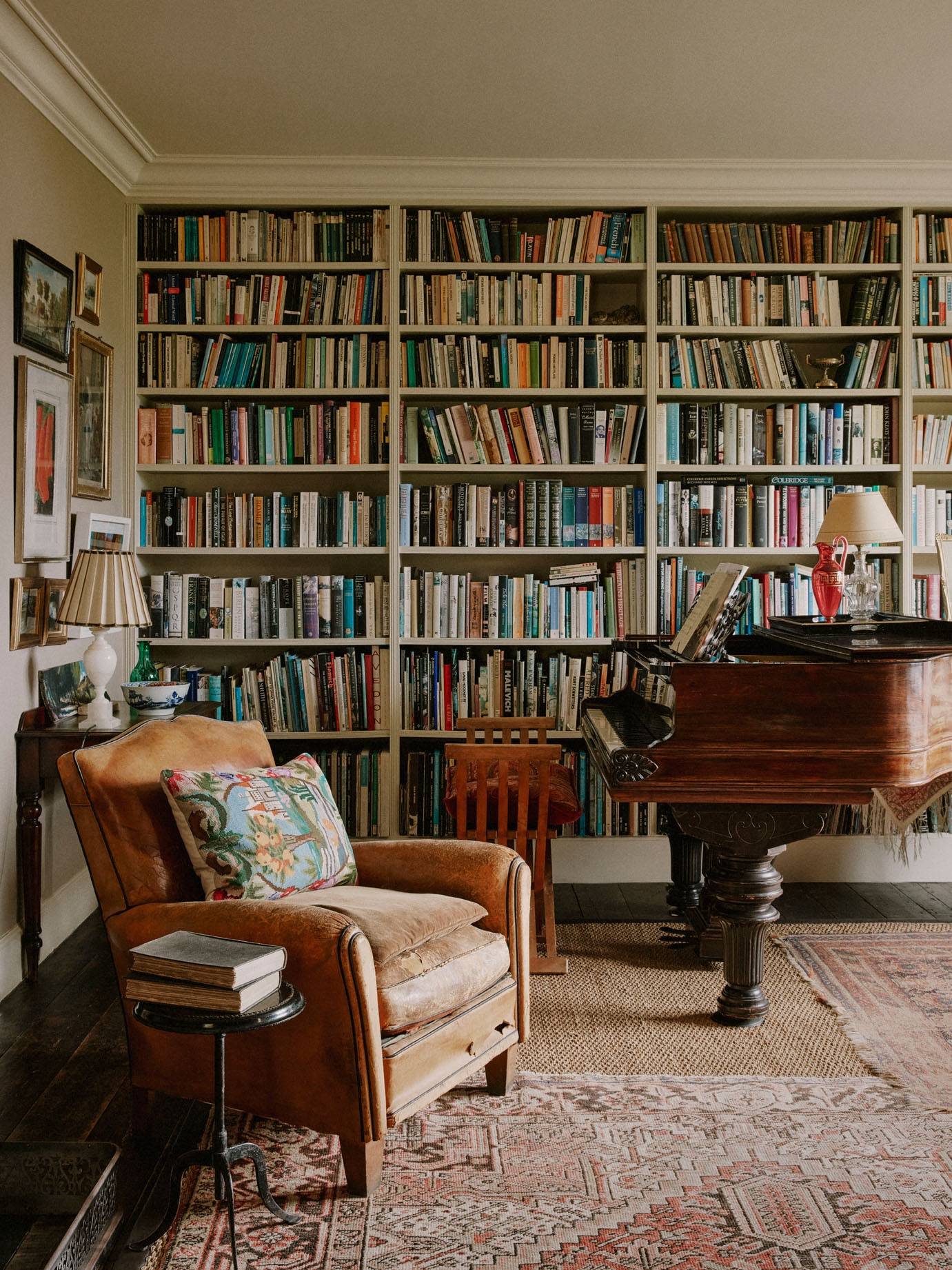 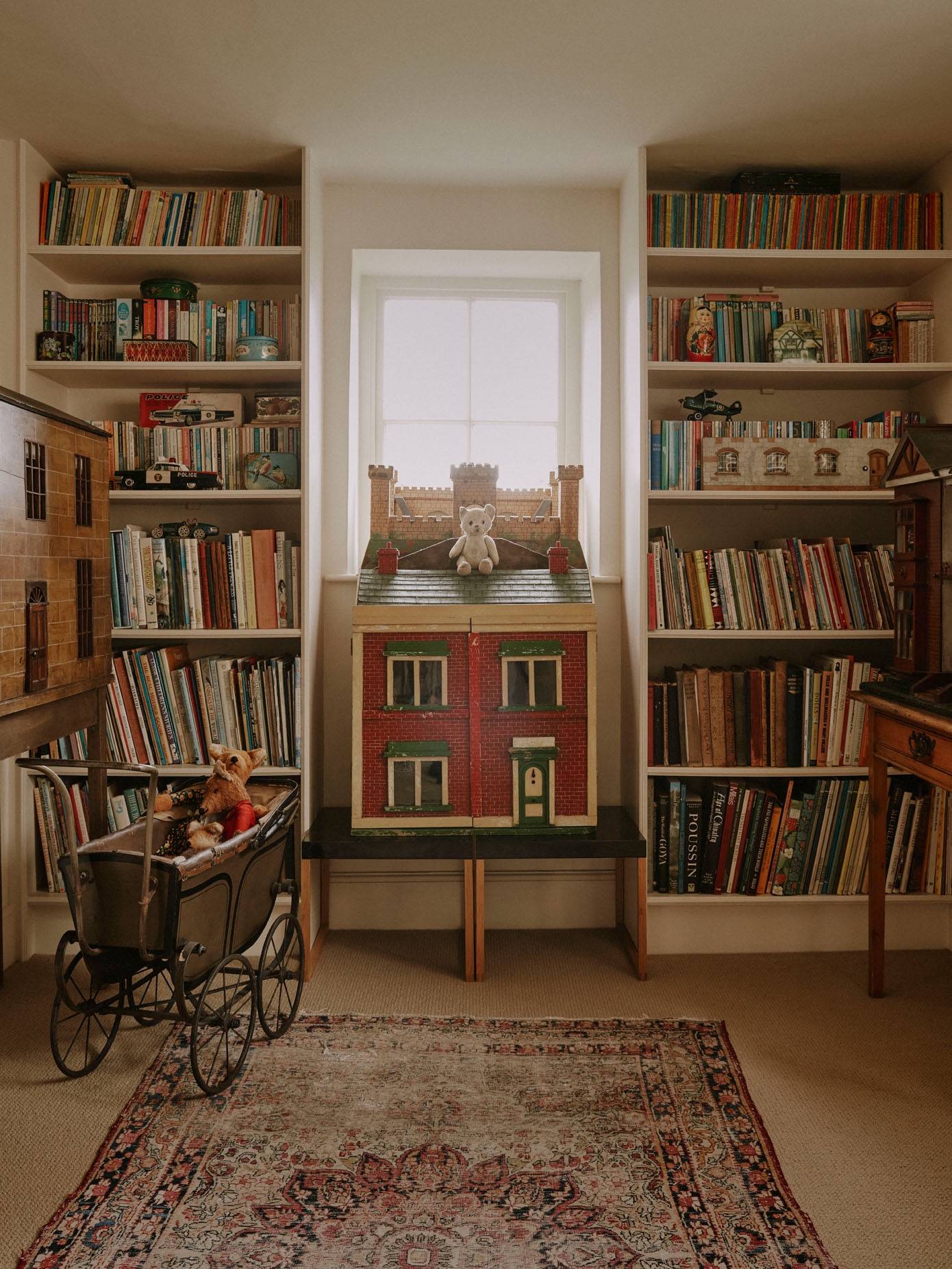 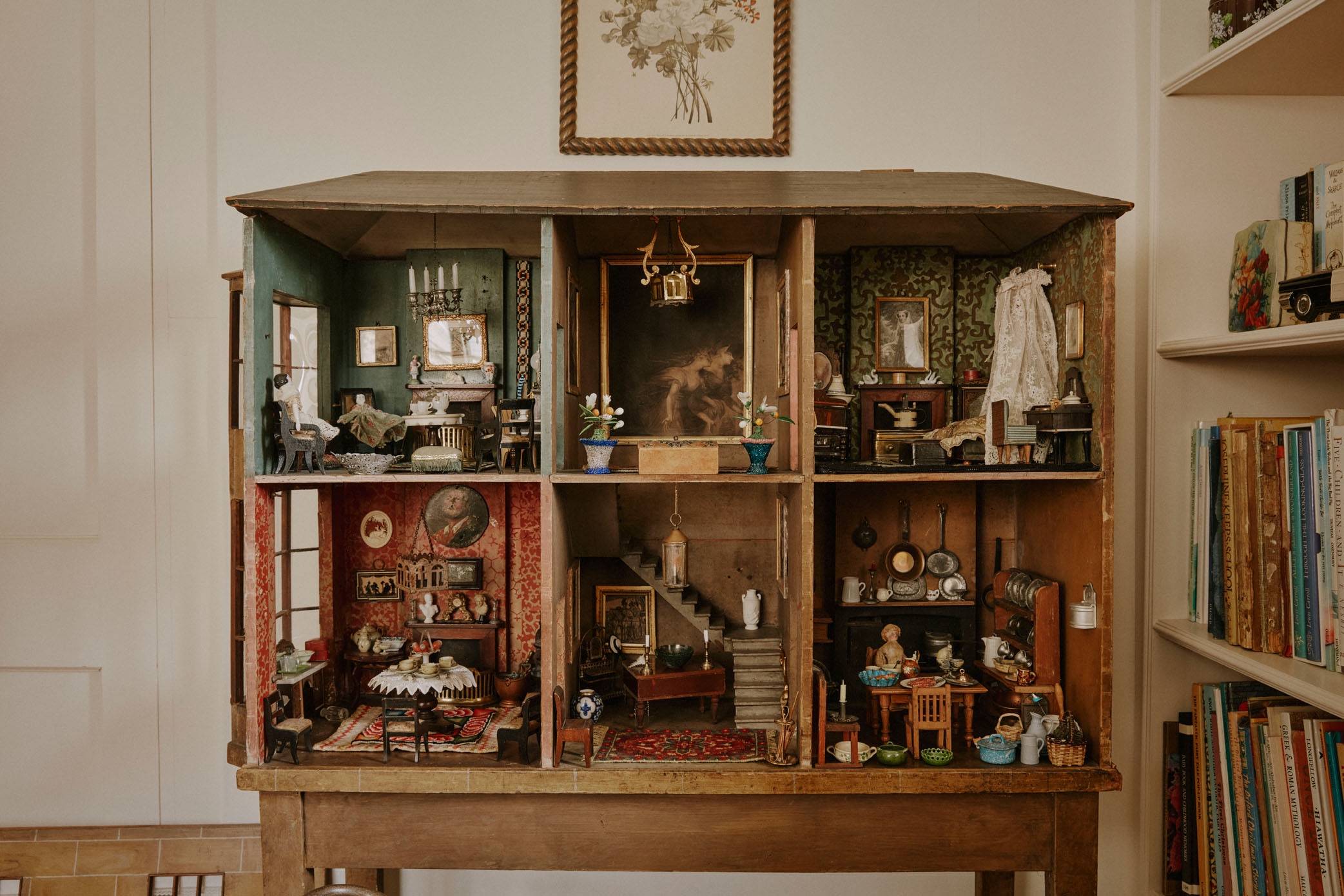 The interior of one of Ros' three dolls houses, full of exquisite detail; Kensington Leverne.

The restoration was exhaustive and quickly kept her occupied, which also helped. “We did a lot of work – chipping away cement render, pulling up lino, removing the leaded windows and living with boarded-up windows for months – but with minimal intervention so it felt like we were restoring the house to how it should have been,” she says. For Elizabeth, the house has always felt special. "Even though it's really old and I was young, with a huge Tudor fireplace in my new bedroom, it's never been a scary house. I think it's amazing to see that old houses can be so flexible. We live in it so differently from how they did in the 16th century, but it still makes such a lovely home."

It was in fact while living at home again during the pandemic that Elizabeth, by then expecting her first child, suggested they launch the business. Margery, then in her 80s, was "locked down and fed up", surrounded by decades’ worth of collecting, while Ros had built a market - and inherited Margery's encyclopaedic knowledge of antiques - and Elizabeth was naturally entrepreneurial; while at university, she'd organised commercial exhibitions for artists alongside her History of Art degree. “Granny was hoarding all these amazing things and the antiques dealers she was going to weren’t reaching the right market,” she says. “I knew if we styled the pieces and put them on Instagram, we'd reach a different market and things would sell." 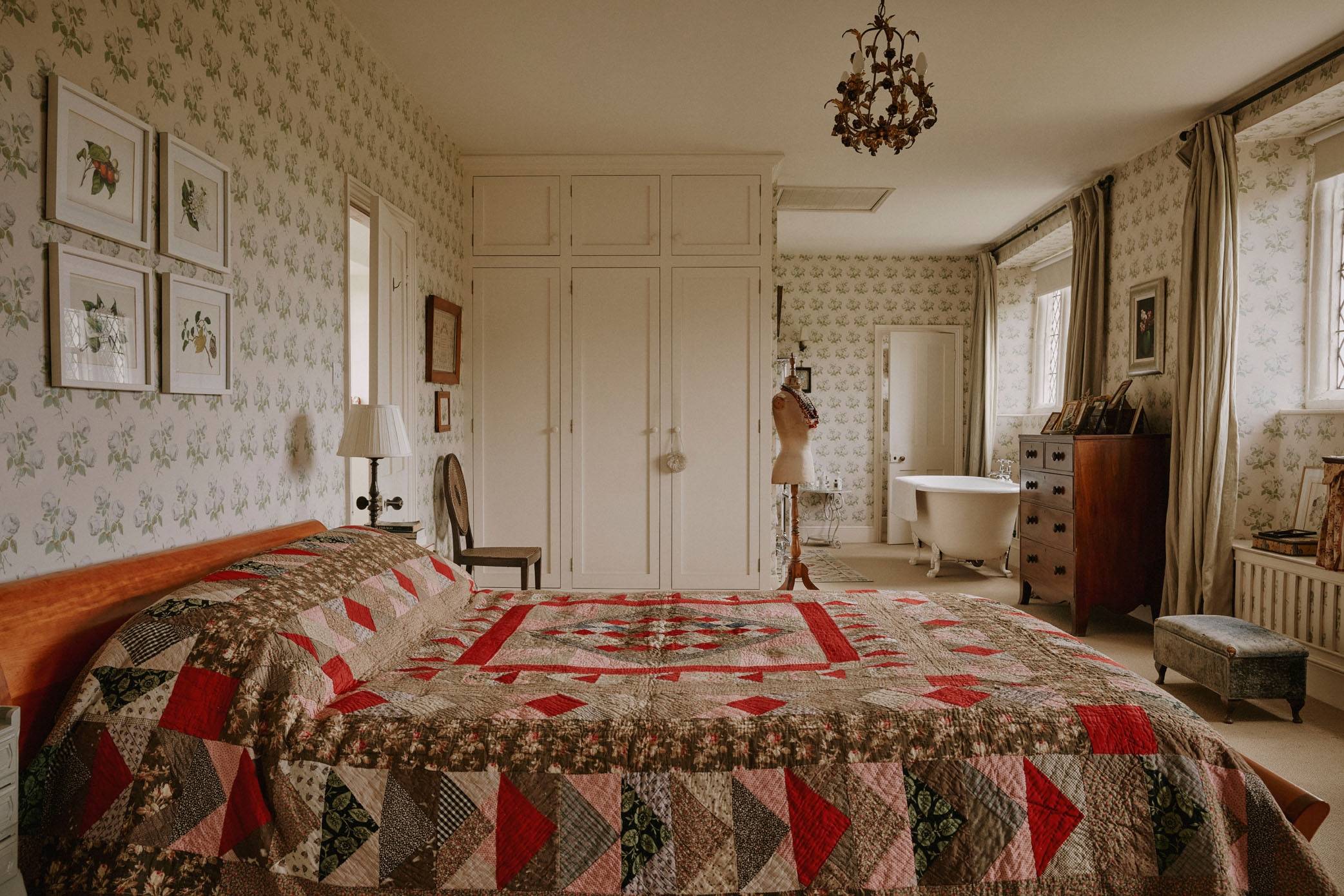 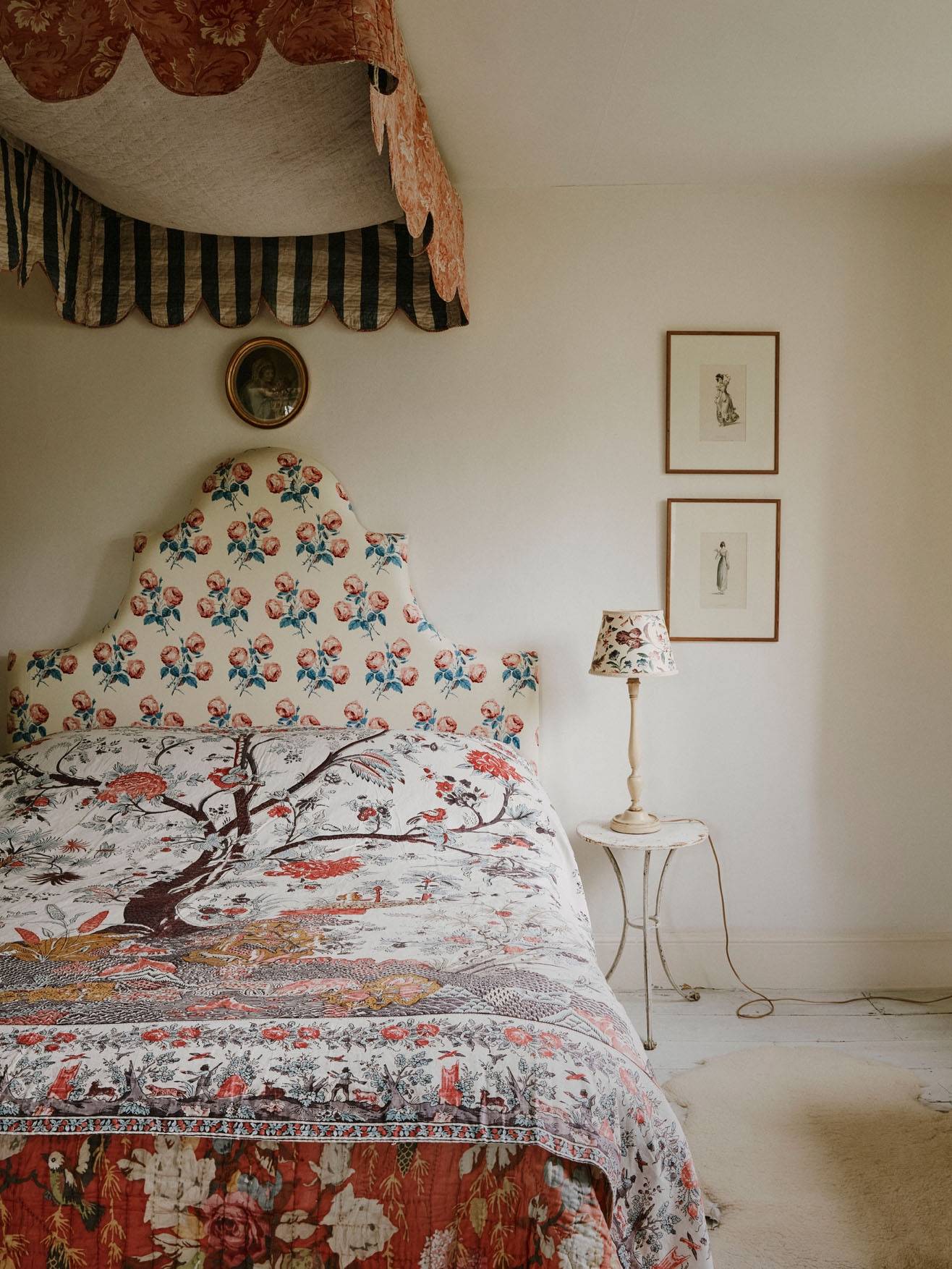 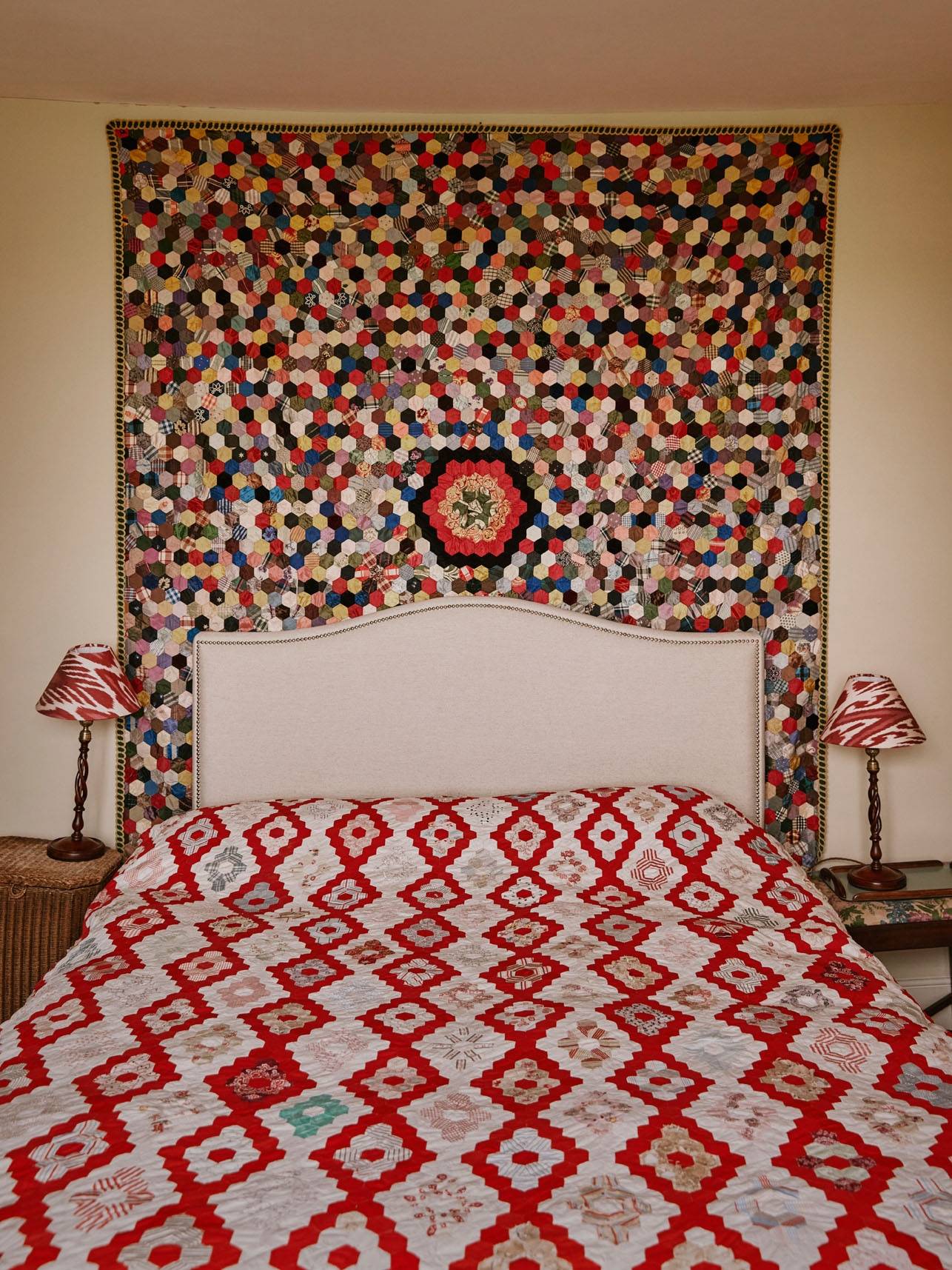 Selling via Instagram enables them to present antiques and vintage pieces in different contexts, and appeal to a wide range of collectors, including younger people just starting to built a collection. "We try to give people a better idea of how to live with antiques and vintage pieces, to realise they’re not stuffy and old, they do function and they’re full of character. They’ve survived so long and, well, I feel they deserve credence for that," Elizabeth says. "We also really enjoy styling pieces in different settings, and against different types of furniture or fabric, and with other objects too. They stop looking like 'old things from an old lady’s house', and start to feel relevant."

Perfect English Stuff launched in October 2020 and has been consistently successful, prompting frequent sourcing trips to restock. "We’re so busy and often running on very little sleep, and Elizabeth has Clementine [her daughter], but I can honestly say we never argue, it’s really been a joy working with my daughter," Ros says. The relationships they've developed with clients all over the world has also been a revelation. "Because we don't (yet) have a website, we have a constant dialogue with our customers," Elizabeth says. Many have become friends. "They tell us where things are going and why they love certain pieces, like one client who bought a set of china storage jars because they reminded her of her housekeeper when she was a child."

The year that followed the launch was a very difficult one, however. Margery fell ill at the beginning of 2021 and died later that year after a short illness. “Of course it was devastating,” Ros says, “but we felt more determined than ever to continue her legacy… Mum was so parsimonious, and I always vowed not to be, but I’m just the same now. I wash plastic bags, make second-hand clothes, mend things and rarely ever throw stuff away. That’s one of the things I love most about antiques, that by enjoying them and sharing them we are preserving things. We’re not using up the world’s resources, but engaging in a constant process of recycling and renewal.” 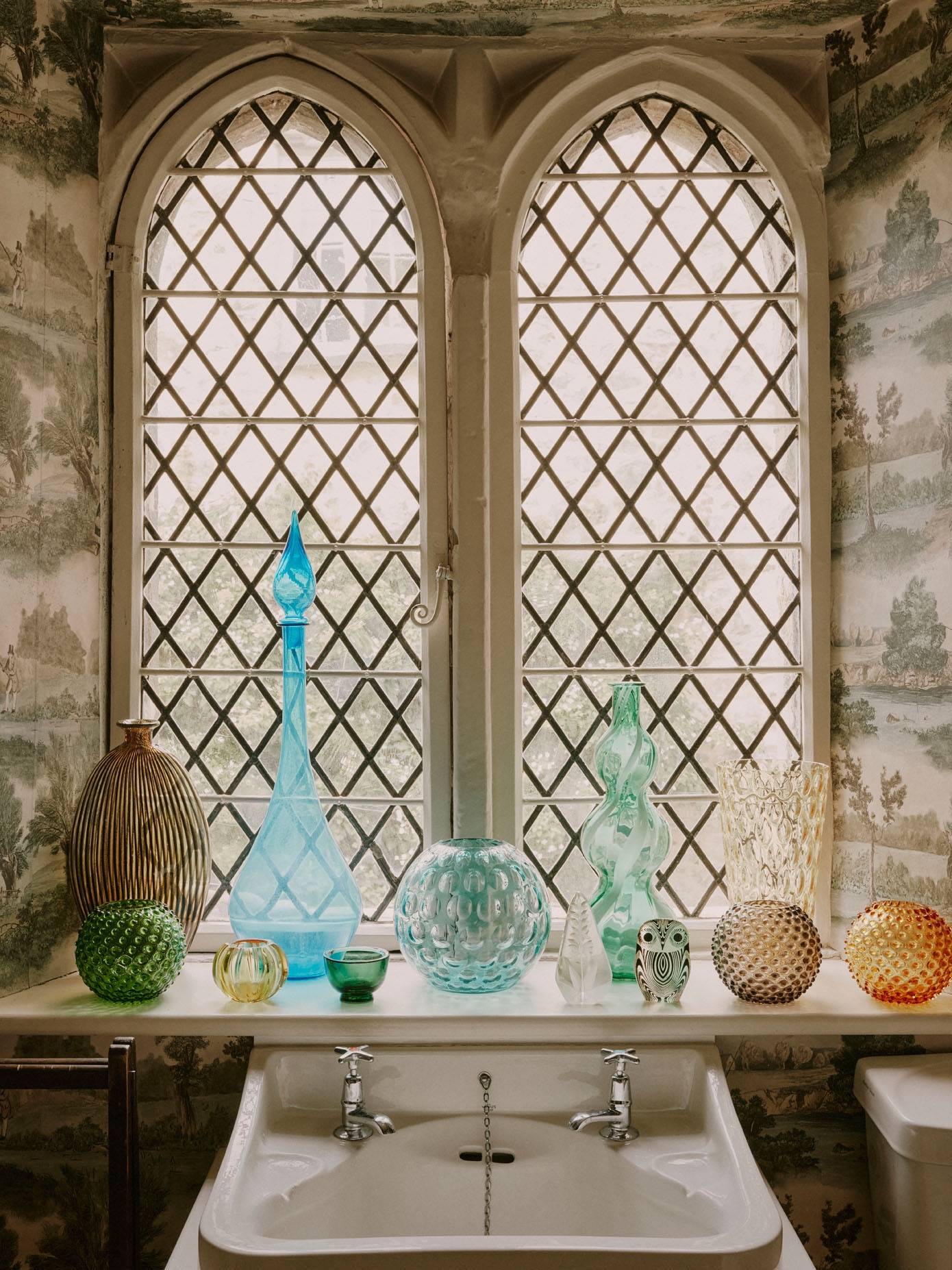 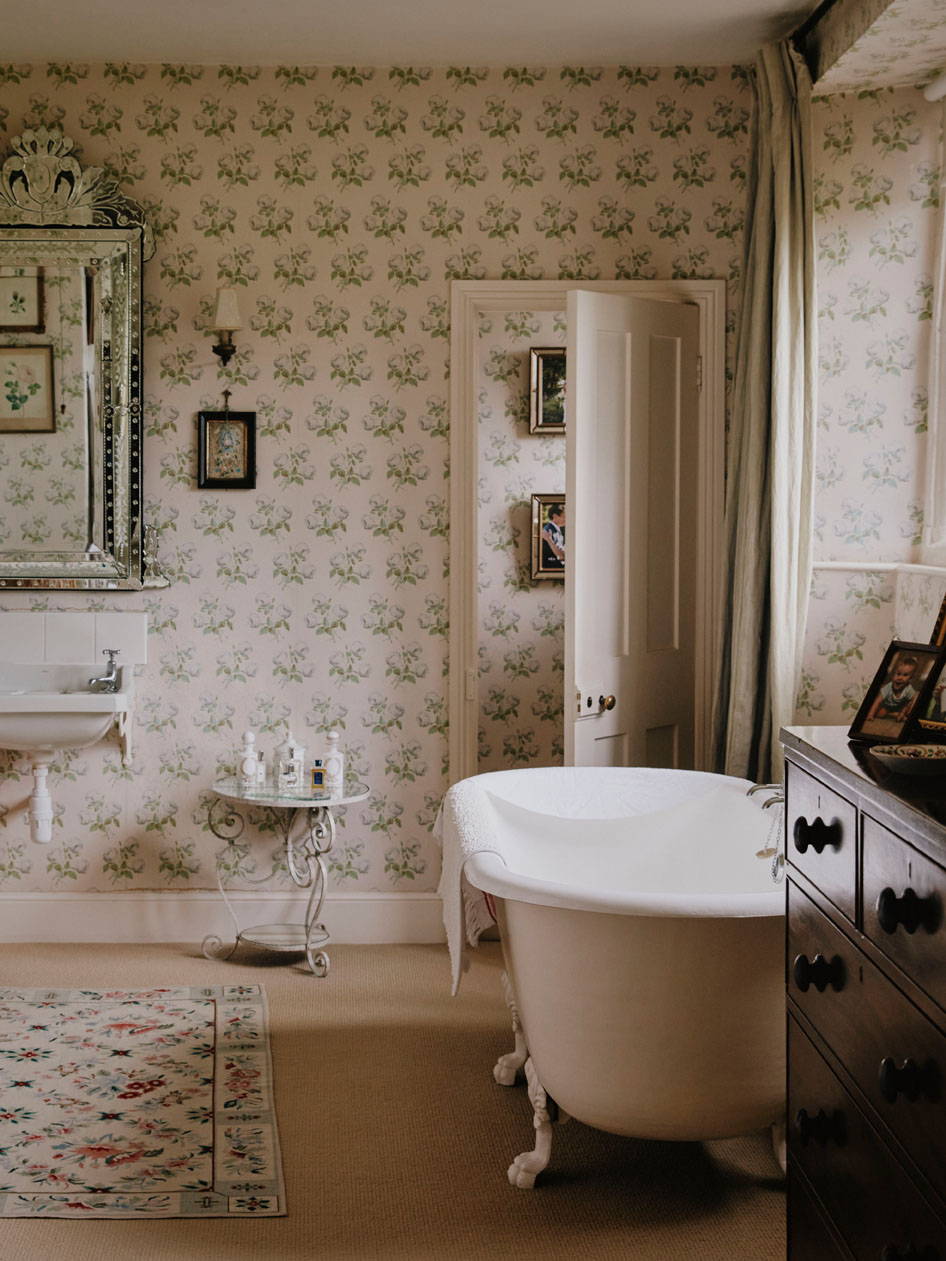