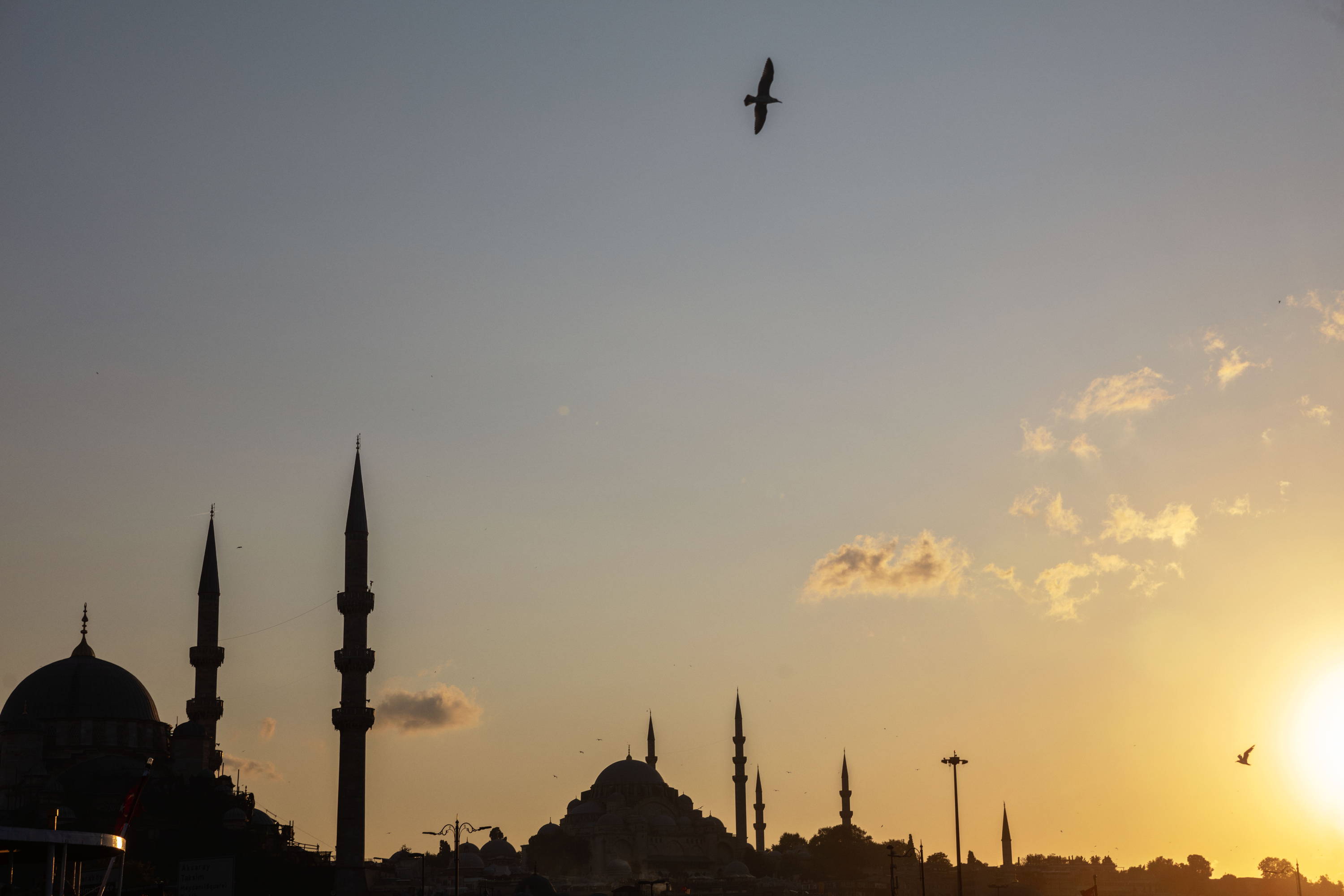 A metropolis with a rich history and constant humming energy, Istanbul is one of the world’s great cities. At its centre flows the Bosphorus strait, where seagulls shriek in the hazy golden light as fishermen catch mackerel from the Galata bridge, destined for the grills of riverside vendors.

For anyone with an interest in textiles, Istanbul holds special appeal. Lying between Persia and Europe, the trade of silk was for centuries controlled by the Ottomans. From the 16th-century imperial ateliers of Constantinople came silk and velvets which European merchants could only dream of. The Venetians and Genoese flocked to the city’s bazaars to buy raw and woven silk, which would be finished in Italy, often mimicking Ottoman designs.

An interesting reciprocal influence soon blossomed, as Italian and Ottoman textile designers competed and took inspiration from one another. A velvet combining European crowns with carnations, a favored flower of the Sultan’s court, is a perfect example of this symbiosis. 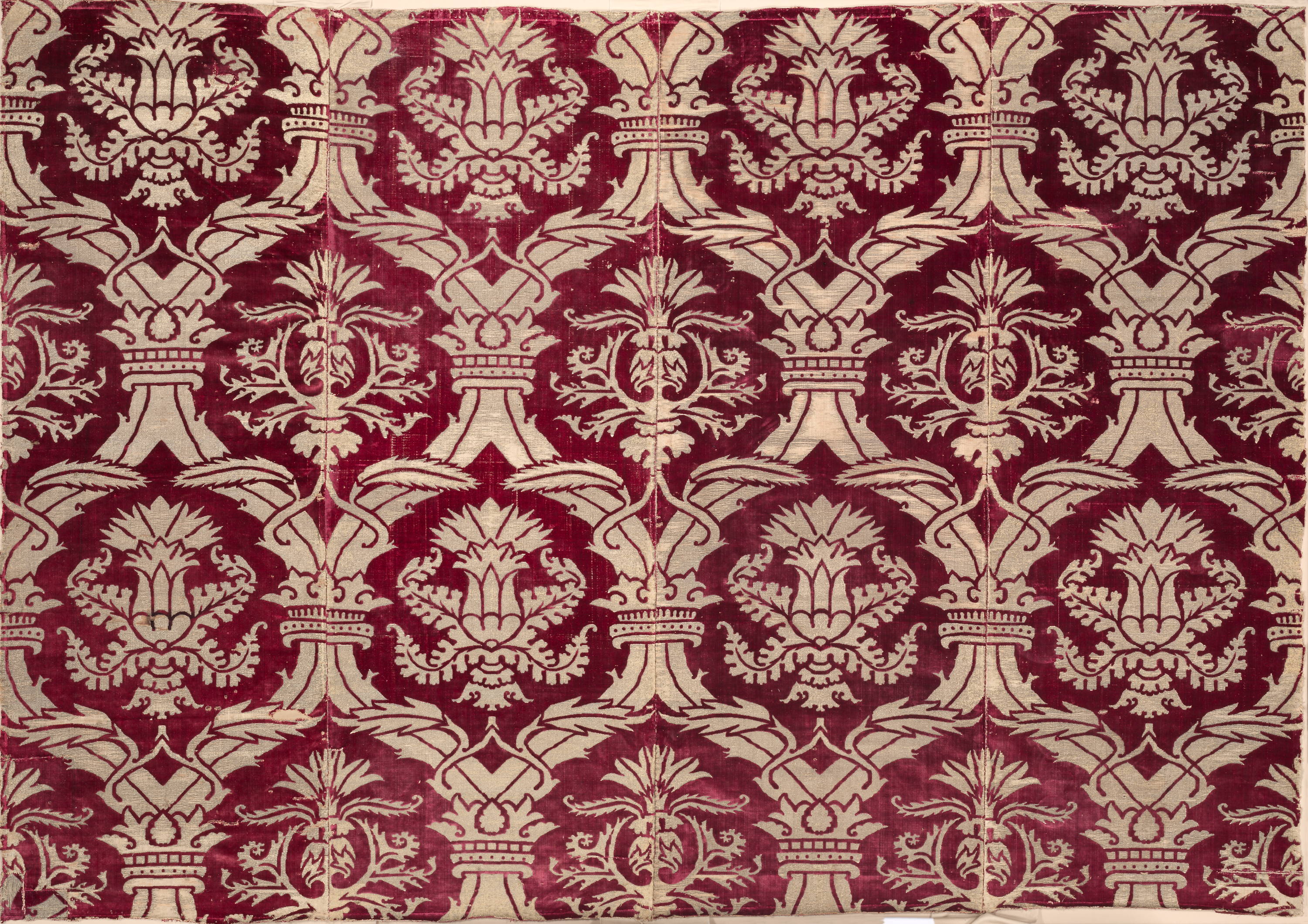 The Ottoman court set the highest standards of production, from which the city’s ateliers were forbidden to deviate. This resulted in some of the most beautiful silk and metal-thread velvets ever woven, many of which survive in museums around the world. Setting a new standard of luxury, the elegant patterns are woven in thread encased in gold or silver, contrasting with ‘voided’ areas of the sumptuous velvet pile.

As may be expected from its long and important history, Istanbul is a city of museums. Archaeology blends with the fabric of the city in Sultanahmet Square, which feels like the heart of the city - and certainly was, in the Byzantine era, when it was the Hippodrome. Here, chariots raced, political machinations unfolded and the emperor appeared before his people, to be applauded or booed depending on the city’s fortunes.

Turn off this square and you enter the Museum of Turkish and Islamic Arts, home to some of the world’s most beautiful weavings. Carpets cover the walls in rows, reaching up to the high ceilings of the galleries. Some are breathtakingly large, the result of the huge looms established in Ushak, not far from Istanbul in western Anatolia. But there are jewels on a smaller scale too, with vibrant natural dyes undimmed by hundreds of years. 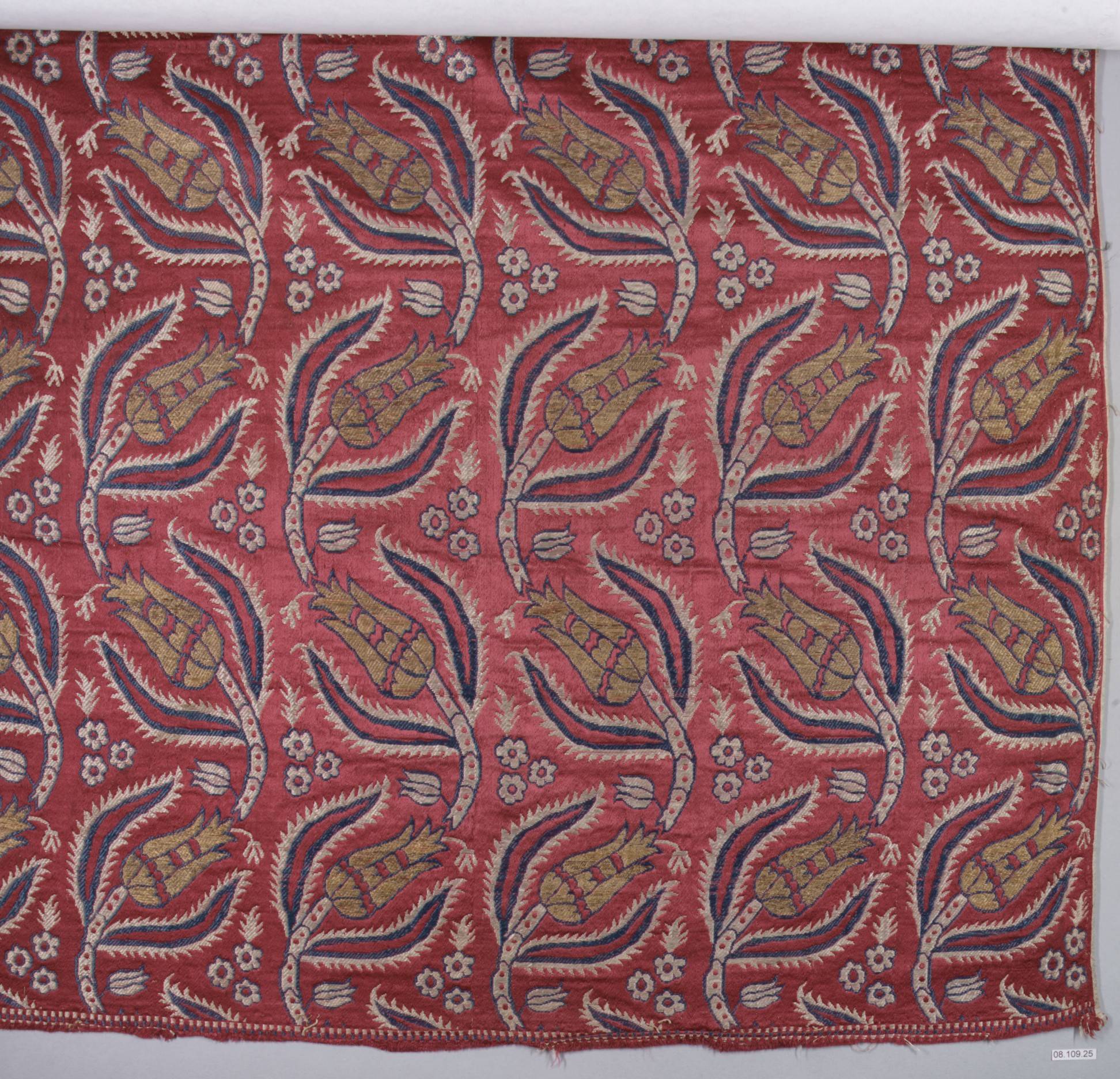 An exhibition in collaboration with the Azerbaijan National Carpet Museum currently displays twelve glorious rugs and carpets from southeast Caucasus. They were collected from the treasuries of numerous Anatolian mosques and witnesses of the rich eastward trade that places Istanbul as the meeting point of Europe and Asia.

Sadly, both the Vakiflar Museum and the Carpet and Kilim Museum—the latter of which used to be located in the imperial pavilion of the Blue Mosque—remained closed at the time of writing. However, if kilims are of interest, an important collection awaits at the other end of the city.

A visit to the Sadberk Hanim Museum is essential for the textile enthusiast, or anyone seeking Turkish aesthetic inspiration. Housed in two 19th-century villas, the collection includes excellent Iznik ceramics and Ottoman embroideries, and a permanent exhibition on the Anatolian flatweaves of photographer and ethnographer Josephine Powell - a fascinating figure who studied and documented the last nomadic communities in Turkey. The kilims she collected are beautifully restored and presented; their evocative, powerful motifs rendered in vivid colours continue to spark debate as to their symbolic meaning.

No trip to Istanbul is complete without a visit to the Grand Bazaar. It has changed a lot in recent years, but retains its warren-like assortment of interesting places to find embroideries, Central Asian ikats and costume and, of course, rugs and kilims. Buying textiles here is a thrilling experience - sipping chai and watching the rugs pile up, searching for the perfect purchase - and a story for another time.

Where to see textiles in Istanbul

Museum of Turkish and Islamic Arts