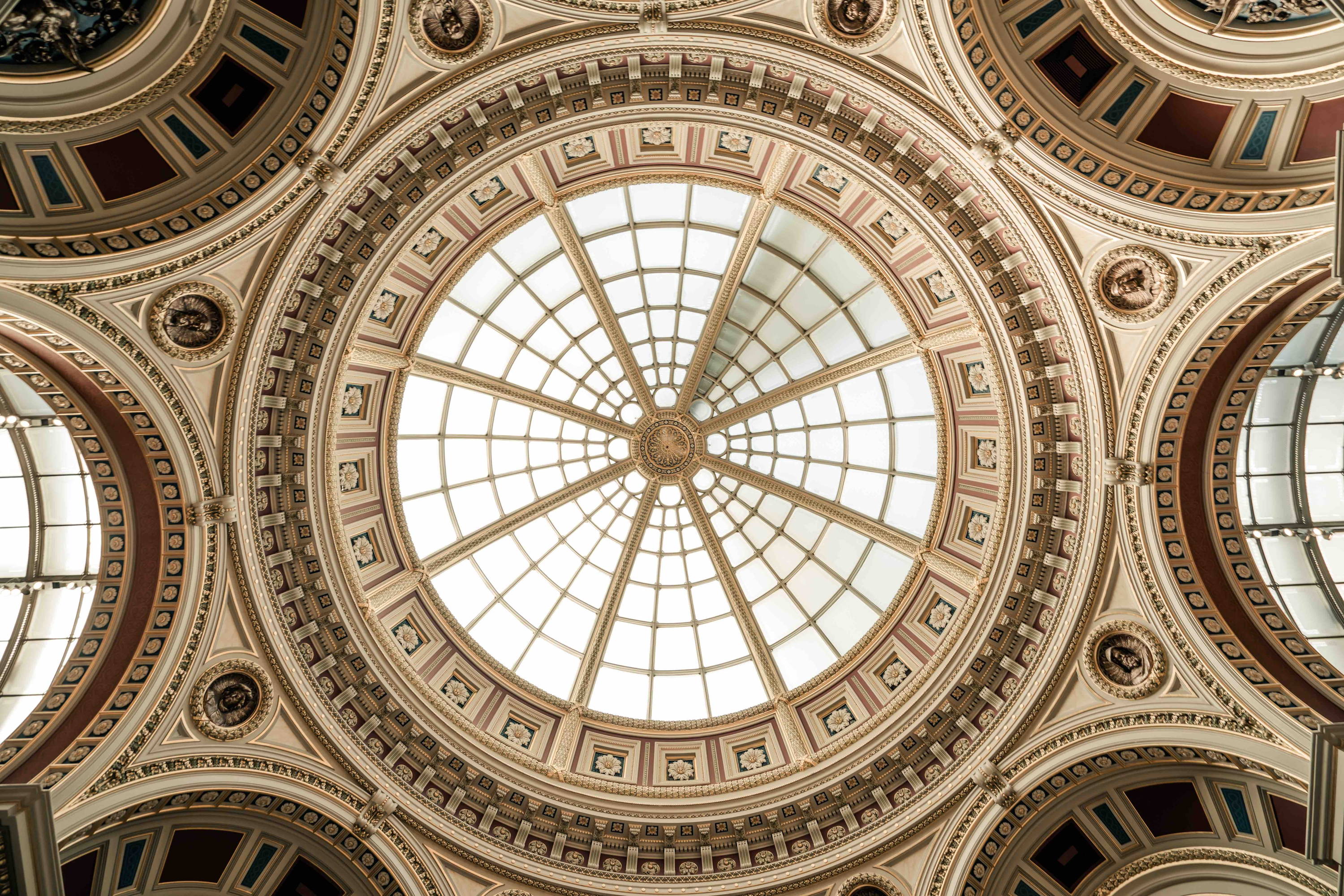 Change is afoot at London's iconic National Gallery as the historic institution adapts to society's changing needs with an ambitious programme of arts and events. Violet Caldecott speaks to key architects of the move.

Lauded for housing one of the richest and most diverse collections of Western European art, London's National Gallery - established in 1824 - has been standing strong for centuries, with no need for pomp, ceremony and self-congratulation. Holding some 2,300 artworks, it is smaller in size than its European counterparts, but revered for its encyclopaedic scope. Ranging from the mid-13th to 20th Centuries, the Old Masters and Greats are well represented (Velazquez, Turner and Van Gogh to name but a few), and no collection better characterises the evolution of cultural developments in the West over the centuries.

Unlike other European cultural powerhouses, such as the Louvre in Paris and the Prado in Madrid, the National Gallery's body of work was not formed from a royal collection, but the British government’s desire to create a gallery for its people. In 1824 the Gallery was founded when the government acquired 38 paintings from the banker John Julius Angerstein - including works by Raphael and Hogarth’s Marriage à-la-mode - for laymen to enjoy. 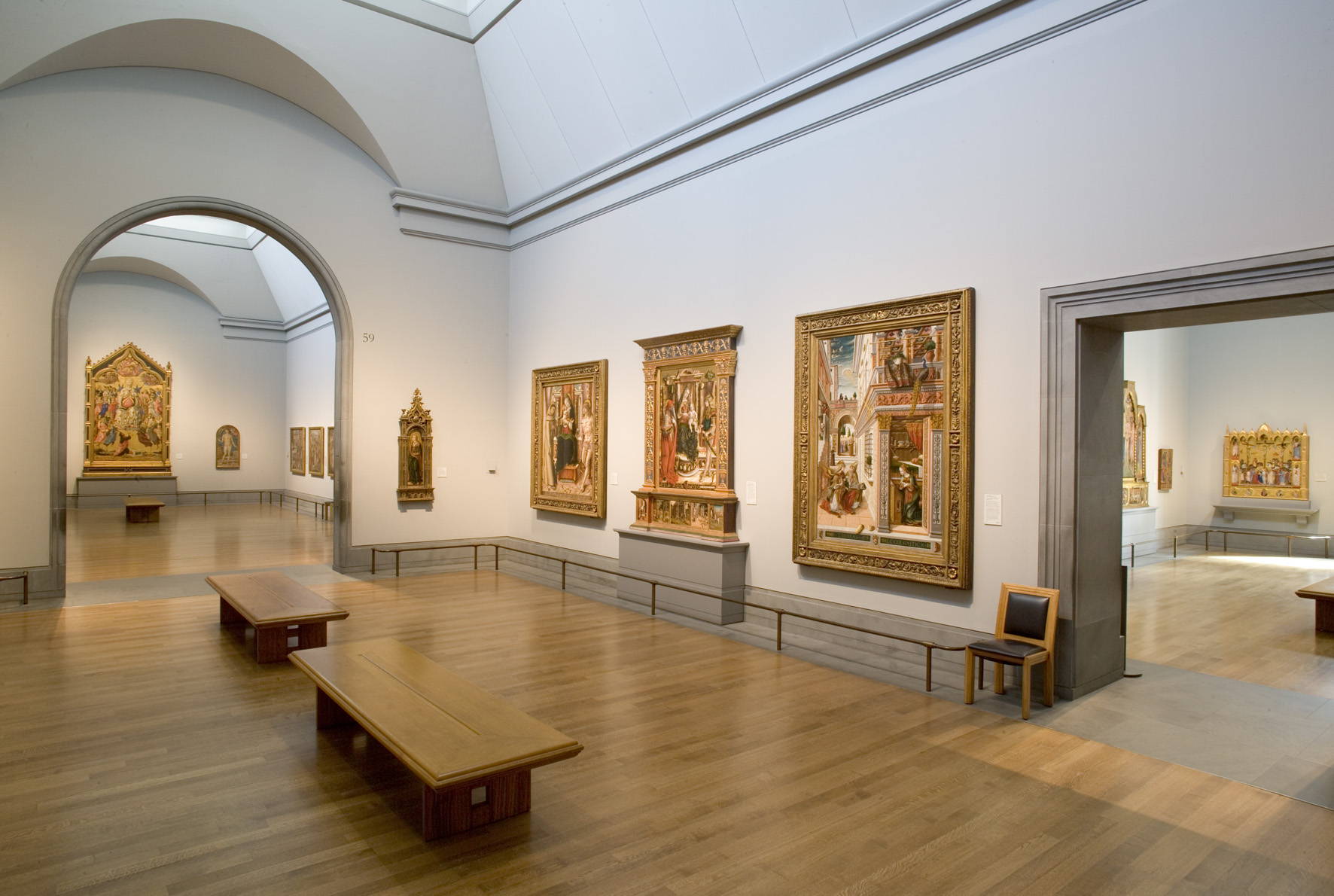 Originally housed in Angerstein’s house on Pall Mall, the collection moved to its now-iconic home in Trafalgar Square in 1838. In response to plans to move the gallery to affluent South Kensington, the 1857 Parliamentary Commission stated: "The existence of the pictures is not the end purpose of the collection, but the means only to give the people an ennobling enjoyment." Instead, it remained in Trafalgar Square, straddling the wealthy West End and poorer areas of the East.

In 2022, the most pertinent question for the establishment is: how does such a cultural moral compass operate, exist and thrive in a modern world still reeling from a pandemic? Enter NG200, the National Gallery's ambitious new programme of arts and events, launching in 2024 to mark its bicentenary. The aim is to reach an international audience using up-to-the-minute mediums, while staying loyal to the establishment’s true values. The Gallery needs numbers through the door (to make up for the recent lost years) and an altogether more agile narrative, as a form of future proofing its purpose. The National Gallery is, unquestionably, one of the best in class academically, and the board is now actively promoting this, making this excellence available to all.

Katrin Henkel, a trustee of the Gallery for six years, is a key player in proceedings. Having dealt in Old Master drawings for 30 years, and been a partner at Colnaghi, she balances a unique knowledge of the gallery's defining tradition with a passion to expand its outreach. "Art, and particularly the National Gallery and its paintings, has given me tremendous pleasure and enriched my life; you want to make this happen for everyone," she says. Katrin is particularly proud of the Gallery’s free entry. "I think that is something really extraordinary, because if you look at the rest of Europe, it's an exception," she says. "It’s a very strong means of engagement. It’s the people’s collection. It's your collection. And it's there for free." 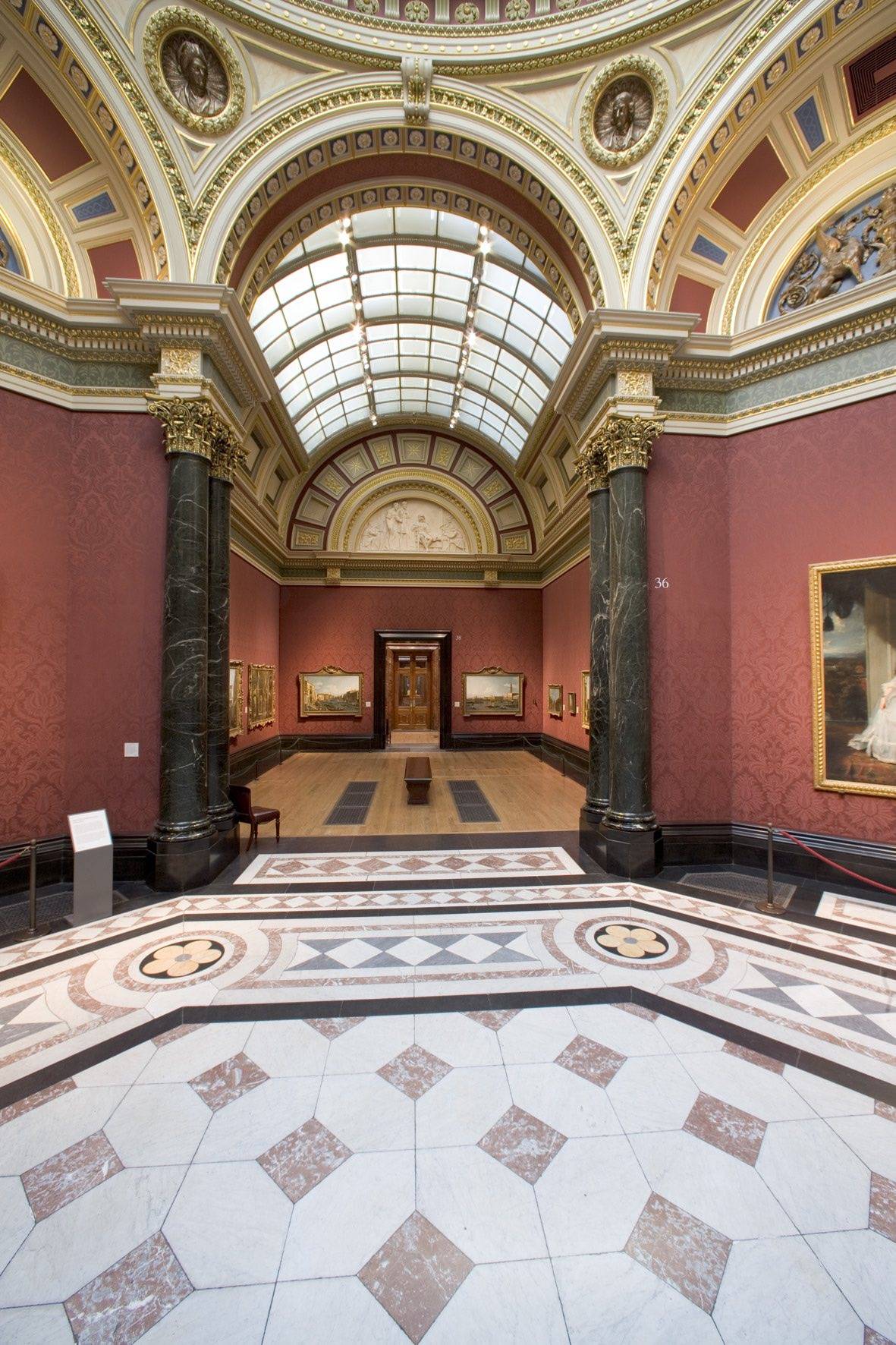 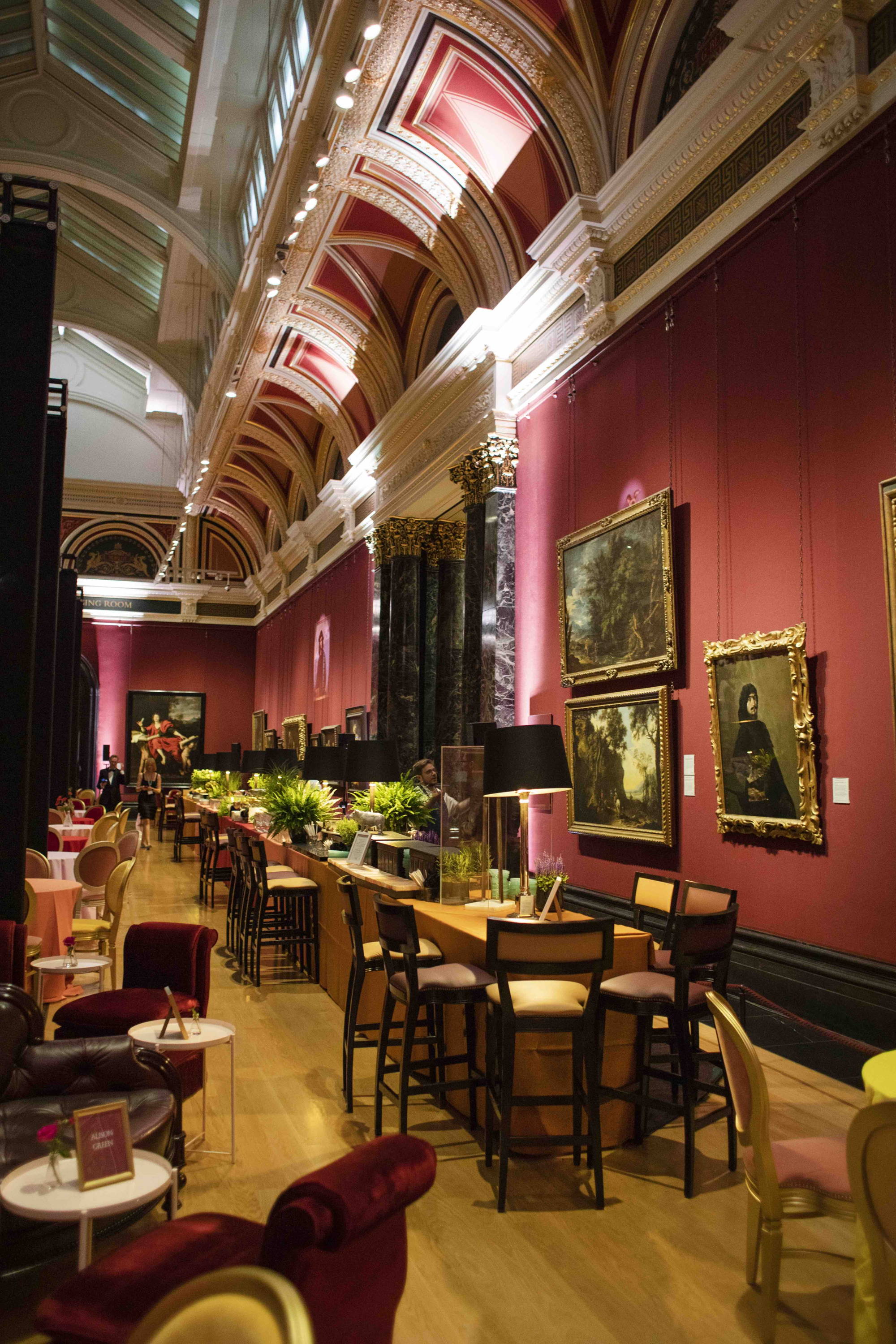 Physical changes are afoot too. NYC firm Selldorf Architects have been commissioned to redesign the Sainsbury wing's lobby so it’s lighter, brighter and easier on the eye. The glass walls create a sense of transparency, cleverly off-setting the imposingly majestic main façade.

To launch NG200 and fundraise for such an expansive, ambitious agenda, the gallery enlisted the help of one the Big Cabana Family’s most celebrated member’s, Patrick Kinmonth, tasked with helping to plan and creative direct the biggest event in the gallery’s history. A jack of all trades - Patrick has worked as an opera director, filmmaker, writer, painter, interior designer, art editor and curator - he was uniquely qualified for the task at hand.

In the summer of 2022, the Gallery welcomed 700 guests for the Alchemists' Feast. Patrons partied with artists, creatives and journalists to a backdrop of live performances and masterful reconstructions of the Gallery’s most-loved pieces. Patrick wanted to add a sense of spontaneity to the austere and static space, masterminding a six-metre replication of the column from Canelleto’s Interior of the Rotunda at Ranelagh, which served as the party’s main bar; the aim, he explains, was, "to bring artwork to life". Two contemporary dancers performed a five-minute ballet among the works of Spanish masters Diego Velázquez, Francisco de Zurbarán and Bartolomé Esteban Murillo, - "the balletic movement makes you look at the pictures in the new light", Patrick says - but the biggest attraction was Stubbs' much-loved Whistlejacket taking centre stage as a hologram, which morphed into Gericault’s Horse Frightened by Lightning.

Katrin, in tandem, is a modern guardian of the Gallery. "The Masters can be a bit intimidating. There’s another way to speak to the public, particularly the younger public. Let’s not forget our greatest strength. You can just walk in. It feels so open and accessible which is brilliant." 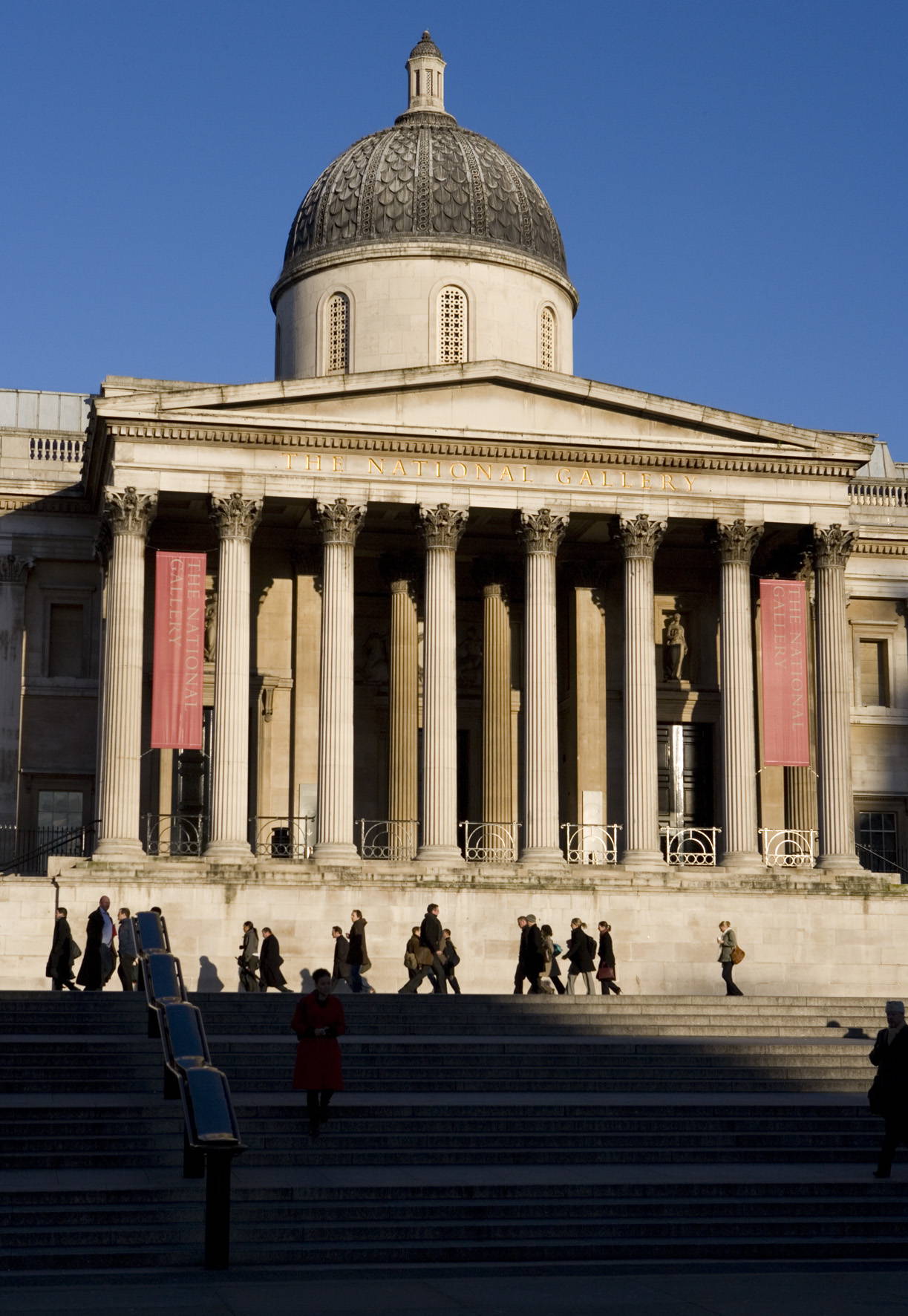 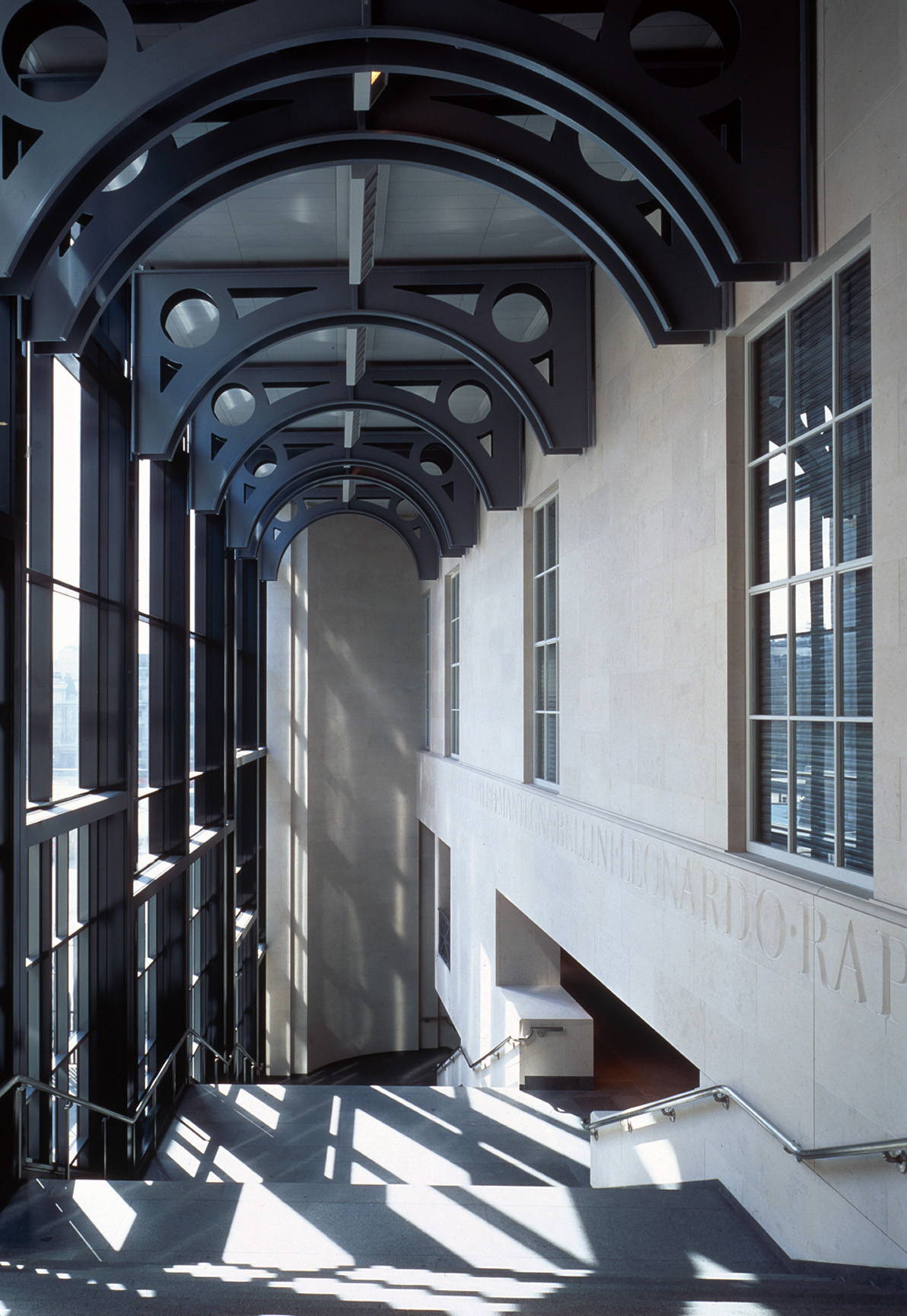 NG200’s mission statement - to ‘bring people and art together’ - extends far beyond Trafalgar Square; its focus is not just on the gallery, but also its role as a cultural force. "We play an important role in the UK on the world stage, and are determined to use digital platforms to obtain new audiences," says director of development, Anh Nguyen.

"We and our work are European by definition, but universal in execution." Education remains paramount: "We’re a public institution within a diverse and rapidly transforming democracy," Anh continues. "We aren't just selling exhibition tickets; we're working with communities and citizens to create meaning; to provide solace and joy."

One to watch is their upcoming programme, ‘National Treasures’, launching in 2023: 12 simultaneous exhibitions opening on the same day at 12 museums and galleries across 12 regions of the UK, each centred around a National Treasure. Among these are Botticelli's Venus and Mars and the 14th Century Wilton Diptych, which has never left the Gallery before. "Essentially, half of the UK population will be within one hour’s reach of a National Gallery masterpiece," Anh says. It is clear that this rarefied age-old institution is moving with the times, with the overriding message that the National Gallery, and the treasures it holds, are open for one and all.