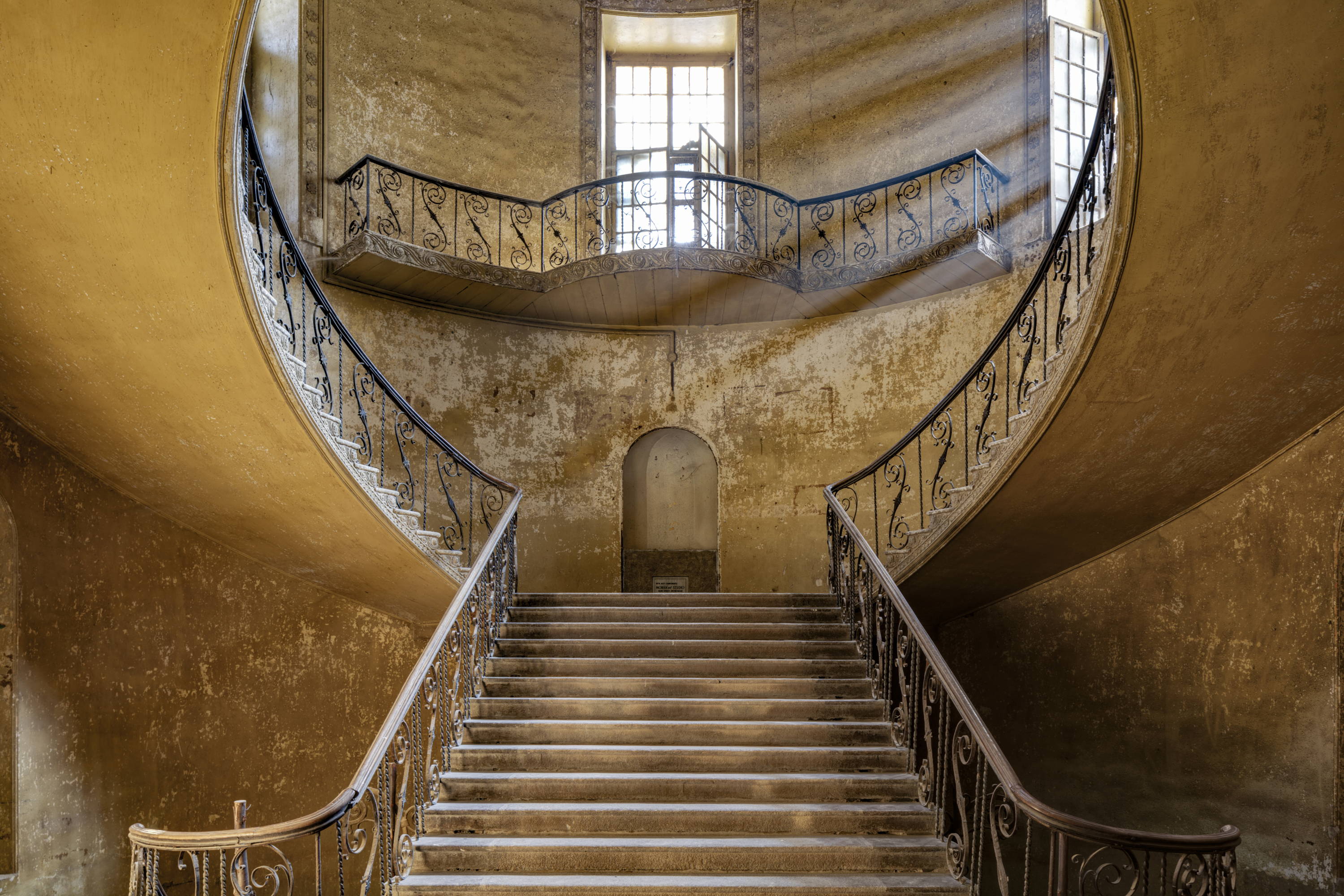 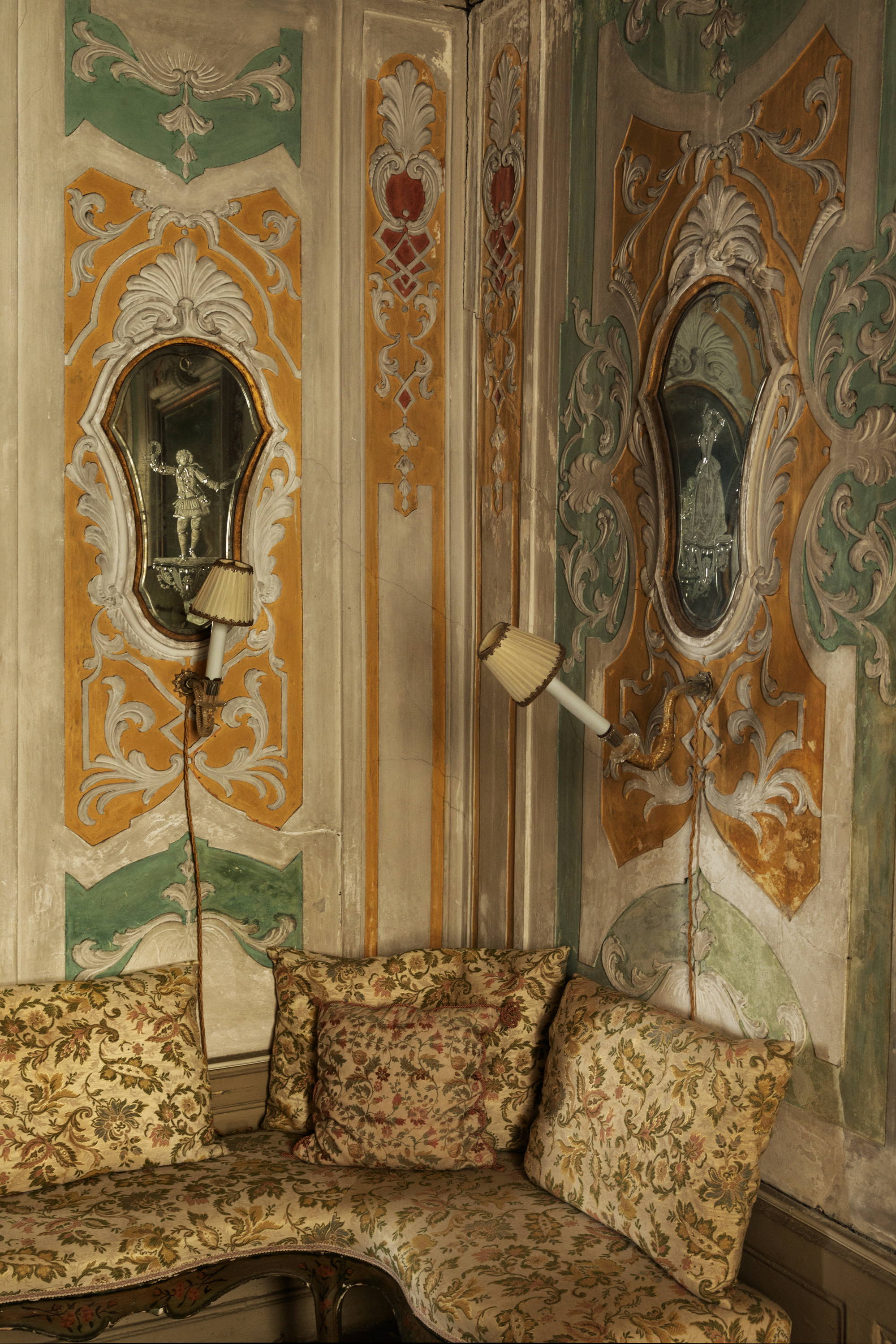 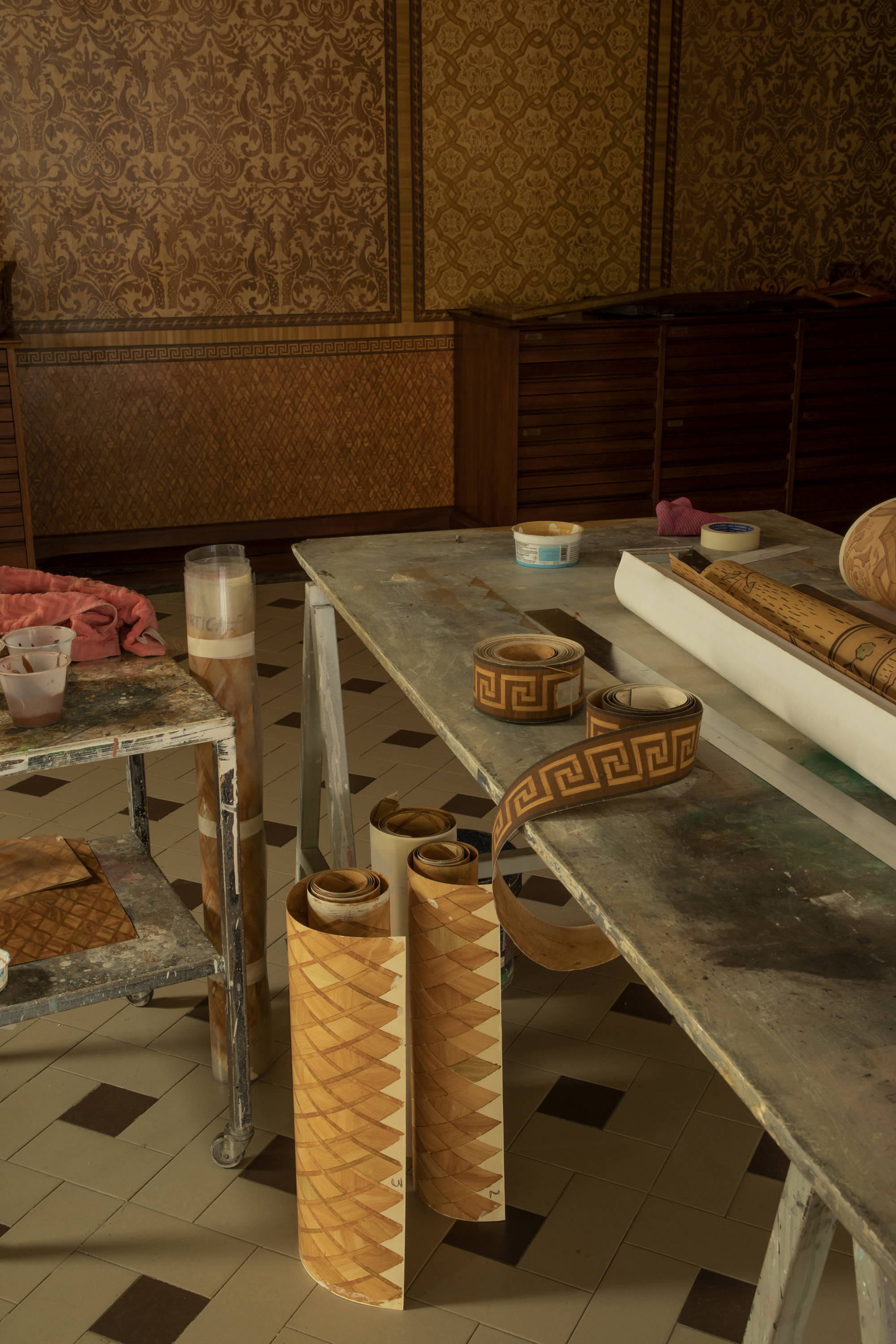 The color amber holds a special place in the annals of design, discovers Emily Post. From its use in the British Residency in Hyderabad to the Amber Room from Tsarkoye Selo, this gem has become a symbol of almost impossible taste. For its most exquisite contemporary representation you need only look to the amber tones of Renzo Mongiardino’s amazing wallpapers.

Bold, bright and warm, the tones of amber fill a room like a lit stage. A performance of amber tones dance, jump out of the shadows and pull you into the room. Rays of sunshine dark around the room, filing the space with warmth. The color amber conjures up illusions of extravagance and opulence. Through time walls of palaces have been adorned in both amber the gem and color. The Palladian British Residency in Hyderabad built in 1798 was covered in a light amber cloth, welcoming you into the courtyard and upstairs. The bright color creates an optimistic and welcoming atmosphere. Although, through time, the paint has chipped what remains 200 years later is a beaming cloak of beaming color. One can only imagine the striking impression the space would have exuded when first built.

In Greek mythology Amber was considered a piece of the sun that had fallen into the sea. Amber, is in fact a gem, fossilized through millennia from tree resin. It is worn as a symbol of peace, preservation and protection. The Palace of Tsarskoye Selo, Saint Petersburg, the summer residence for the Russia tsars once contained the grandest room of amber gemstone. An entire 180 square feet and six tons of the honeyed antique glow of amber covering the walls. Originally gifted to Peter the Great in 1716 to celebrate the peace between Russia and Prussia. Once celebrated as the eighth wonder of the world the room was looted by the Nazi’s in World War Two and the amber panels disappeared. To this day the crates of amber panels have not been found and are thought to either have been destroyed during the bombings of 1944 or sunk to the bottom of the Baltic Sea. 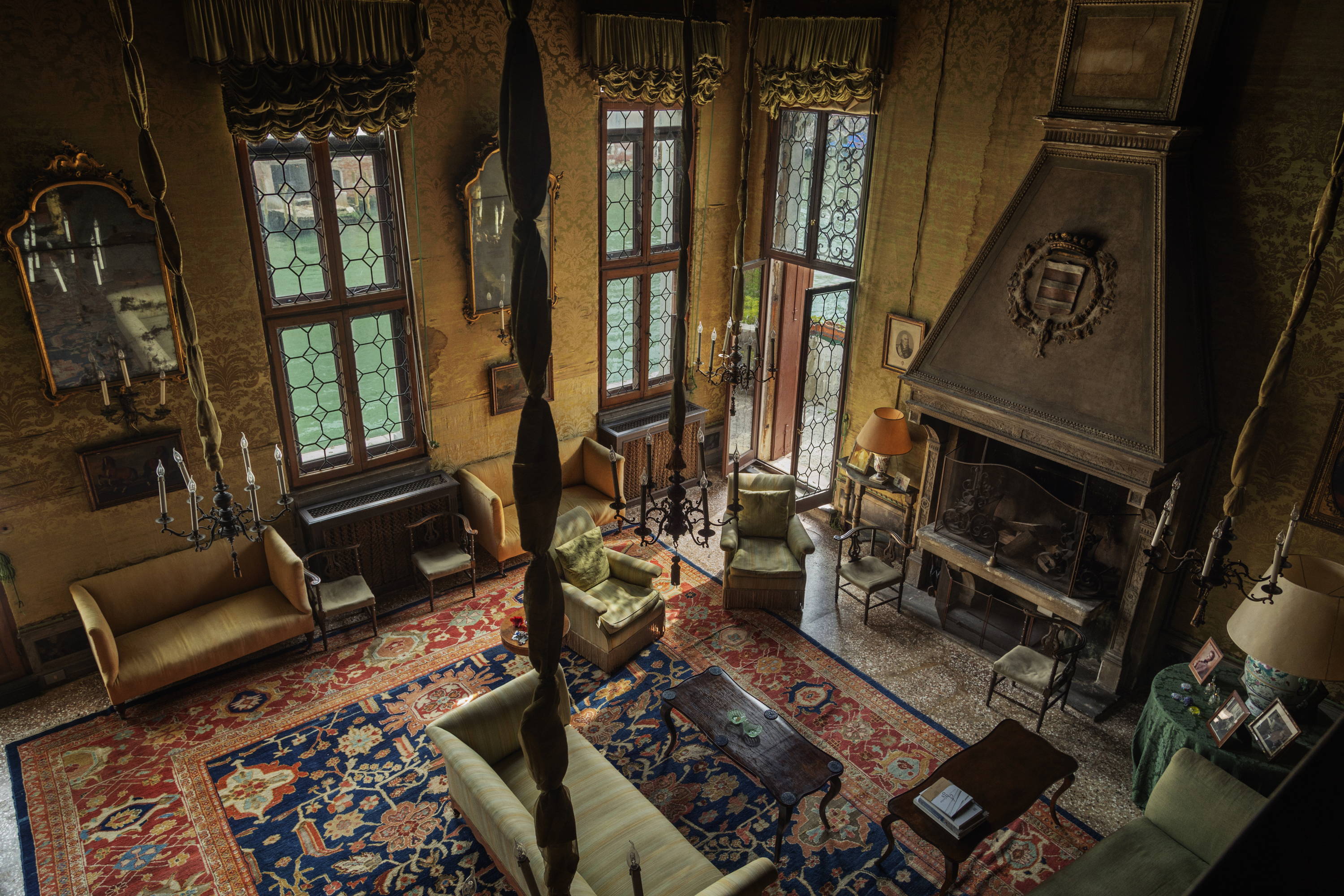 Throughout the pages of Cabana the radiance of amber comes off the pages, from the exuberant tones of the Visconti-Sforza Palazzo, with walls finely painted in an everlasting amber glow to the fine craftsmanship of Renzo Mongiardino’s wallpapers. Rich in wooden amber tones, Mongiardino’s style is rich and layered. His ability to manipulate his materials is his most distinguishable design trait and is found most clearly in his wallpaper. This craft is taught and recreated at San Patrignano a not-for-profit rehabilitation center in Italy. The wallpaper is printed and hand-painted by residents. The designs are tools for illusion, with the patterns emulating walnut wood, Moroccan tilework, frescoes and floral motifs. It is rich in multiple layers of vivid contrasts and hand painted finishes. The result is brilliant in its ability to deceive. To craft the wallpaper and create this illusion requires exquisite craftsmanship, patience and consistency – the process is an embodiment of San Patrignano’s methods of rehabilitation. Aside from the pattern, the key element to these wonderful wallpapers is the color. Echoing the deep natural wood and sweet tones of yellow and amber to dissolve into a wooden panel texture.