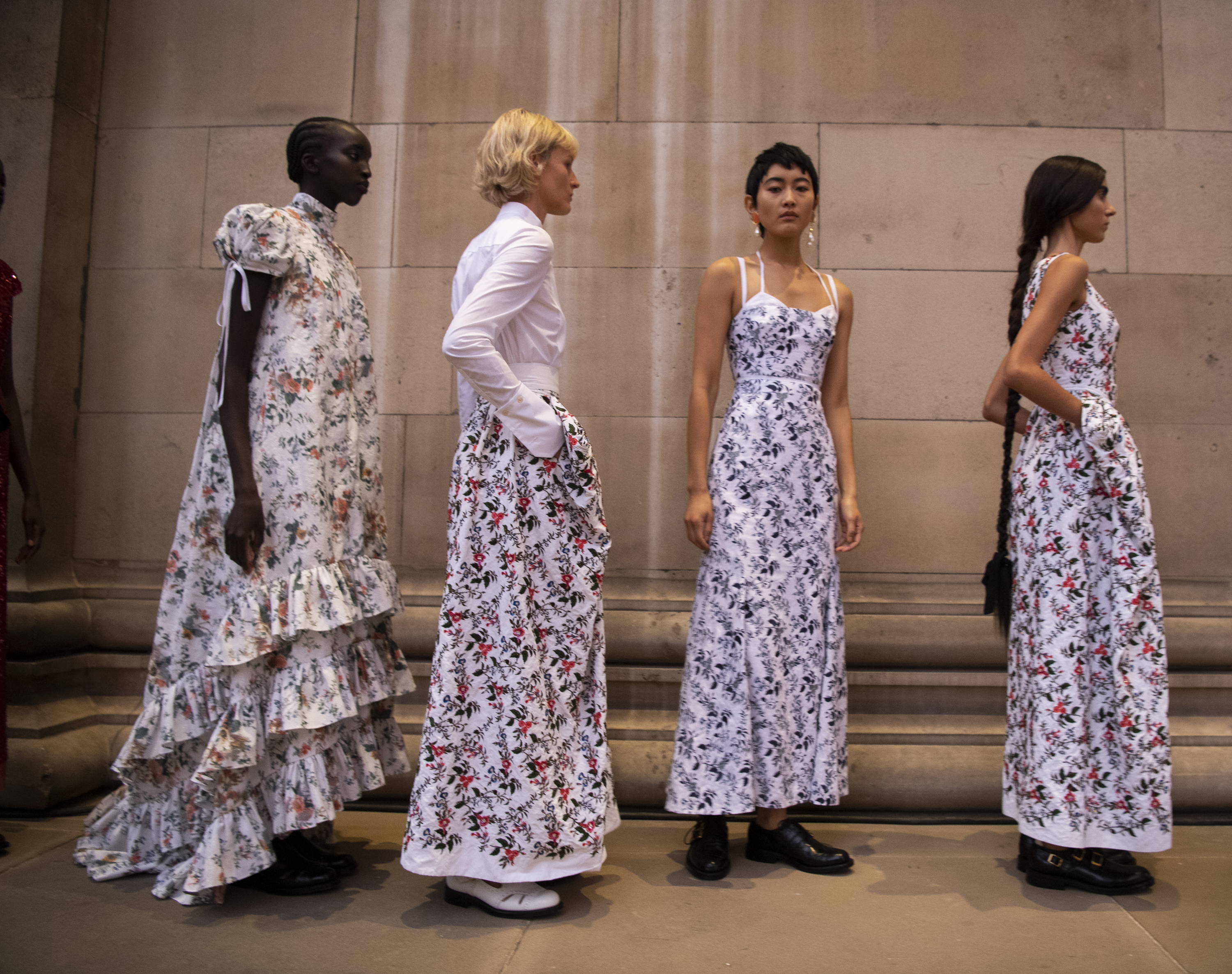 Born in Canada and based in London, Erdem Moralioglu MBE, known simply as Erdem, launched his eponymous label in 2005 and quickly took the fashion world by storm with his dramatic florals and elegant, highly crafted designs. In the years since he has won numerous accolades, including the British Fashion Council’s Womenswear Designer of the Year (2014), and in 2020 was awarded a MBE for services to fashion. Erdem shares with Cabana his love of Japan, dream dinner party companions, favorite gifts and greatest challenges.

The most memorable trip I’ve taken:

Japan. It’s my favourite place in the world, it’s absolutely incredible. Naoshima, which is known as art island, was one of the most beautiful places I’ve ever been to in my life. We stayed overnight, sleeping in an art gallery [Benesse Art Site]. It was completely magical.

The best party I’ve ever been to:

I would say the first time I went to the Met Ball. It was completely surreal; I remember Bill Cunningham [the late American fashion photographer] running around taking everyone’s photo.

A moment that changed or defined my career:

There have been many moments over the last 15 years, but I’m so proud to have opened my first store on South Audley Street, designed by my husband Philip. That was a truly special moment.

Well, I spent most of my childhood drawing and daydreaming, so it was wonderful. I watched a lot of Merchant Ivory films too. 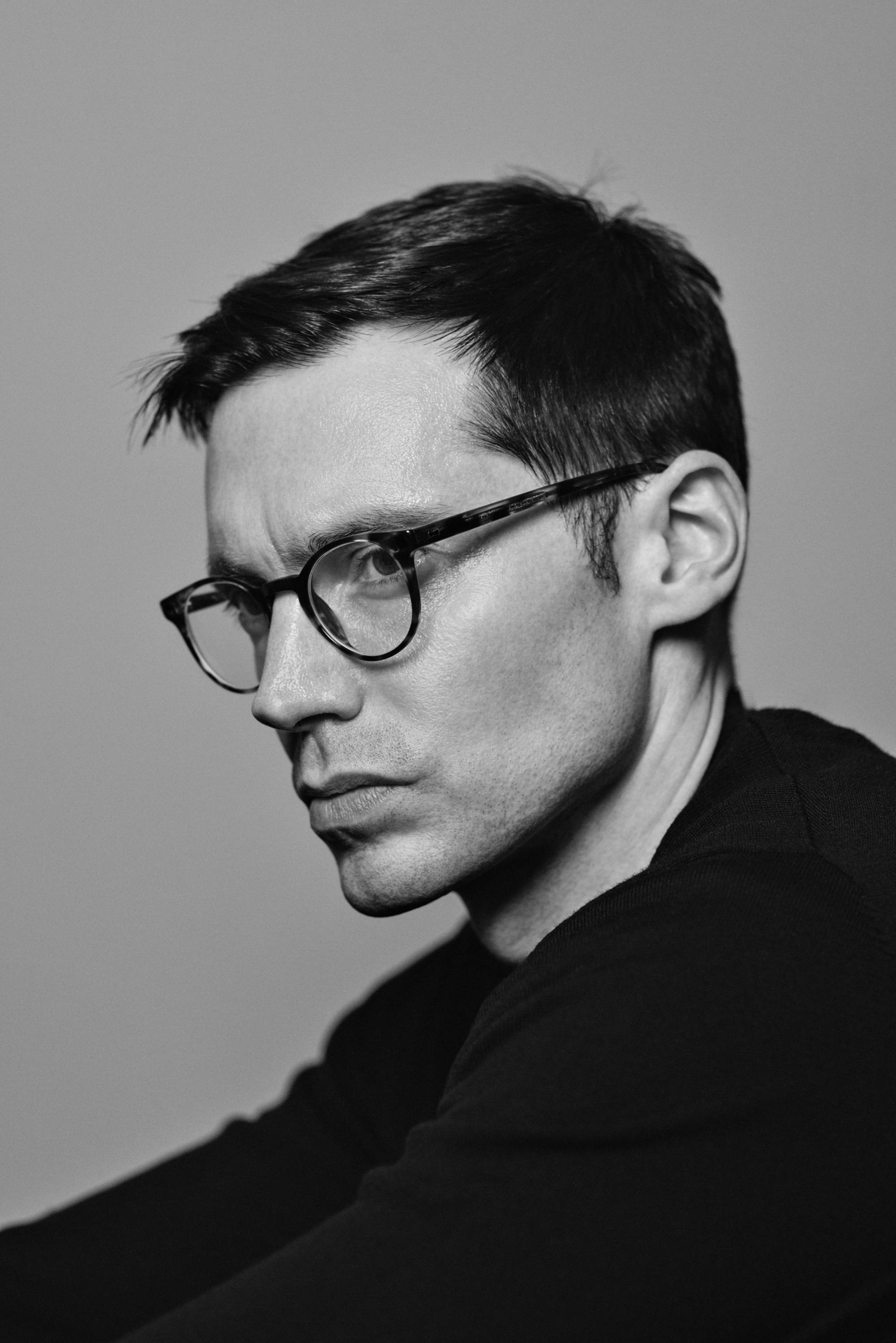 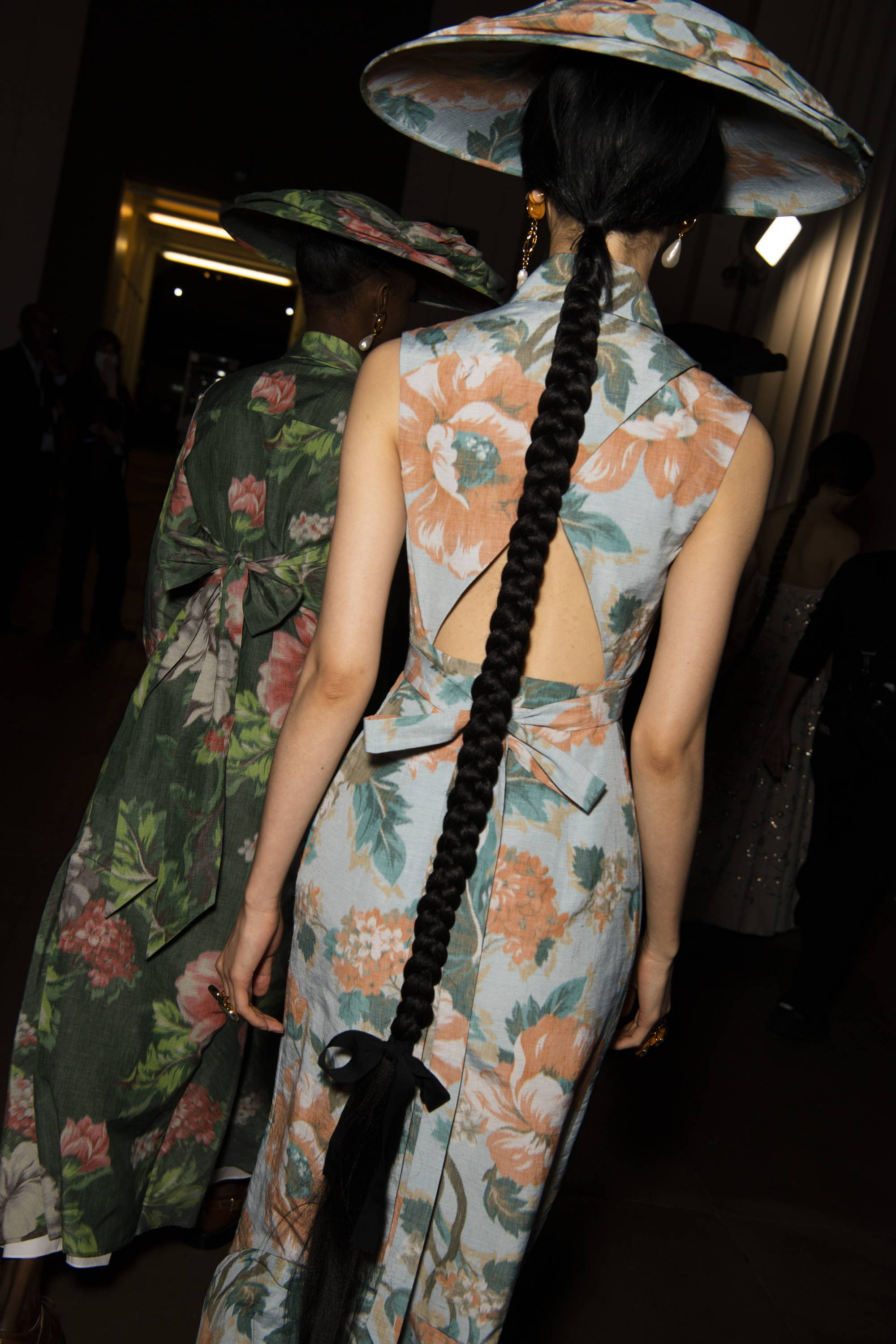 The possession I treasure most:

A complete volume of the Yellow Book. It was a magazine that was published from 1894 to 1897 and it is so rare to find a complete set in good condition. Aubrey Beardsley was the art editor at the time and the magazine was named after the yellow covers they would put on risqué French novels.

The best gift I’ve ever received:

I was given a Barisieur coffee alarm clock, it’s a real treat to wake up to in the morning.

My next weekend-away destination:

Lisbon. It’s a sensational city with an incredible wealth of galleries and museums, I love the Fundación Calouste Gulbenkian [a foundation and museum, which holds the private collection of Calouste Sarkis Gulbenkian, a philanthropist who lived in Lisbon between 1942 and 1955]. 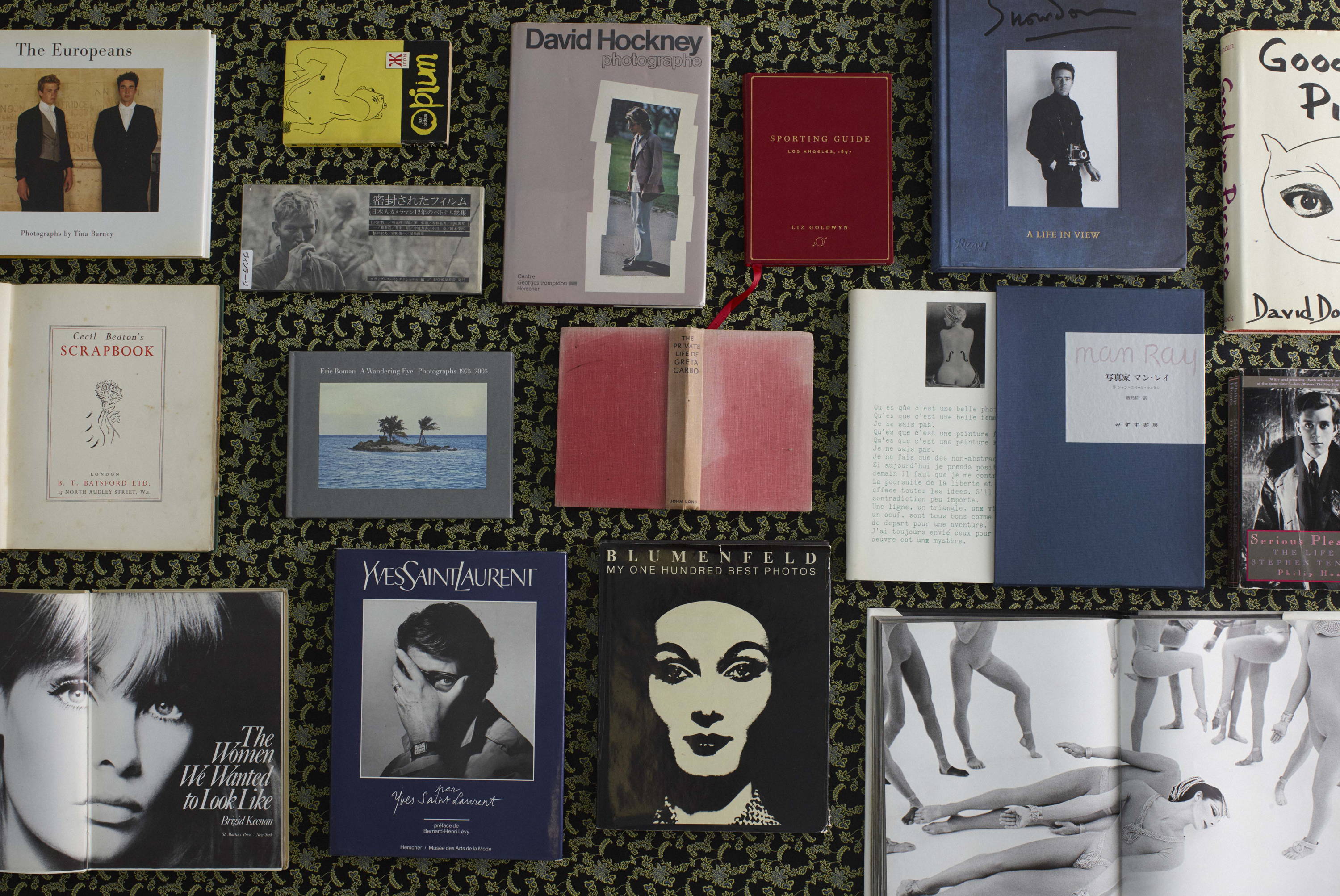 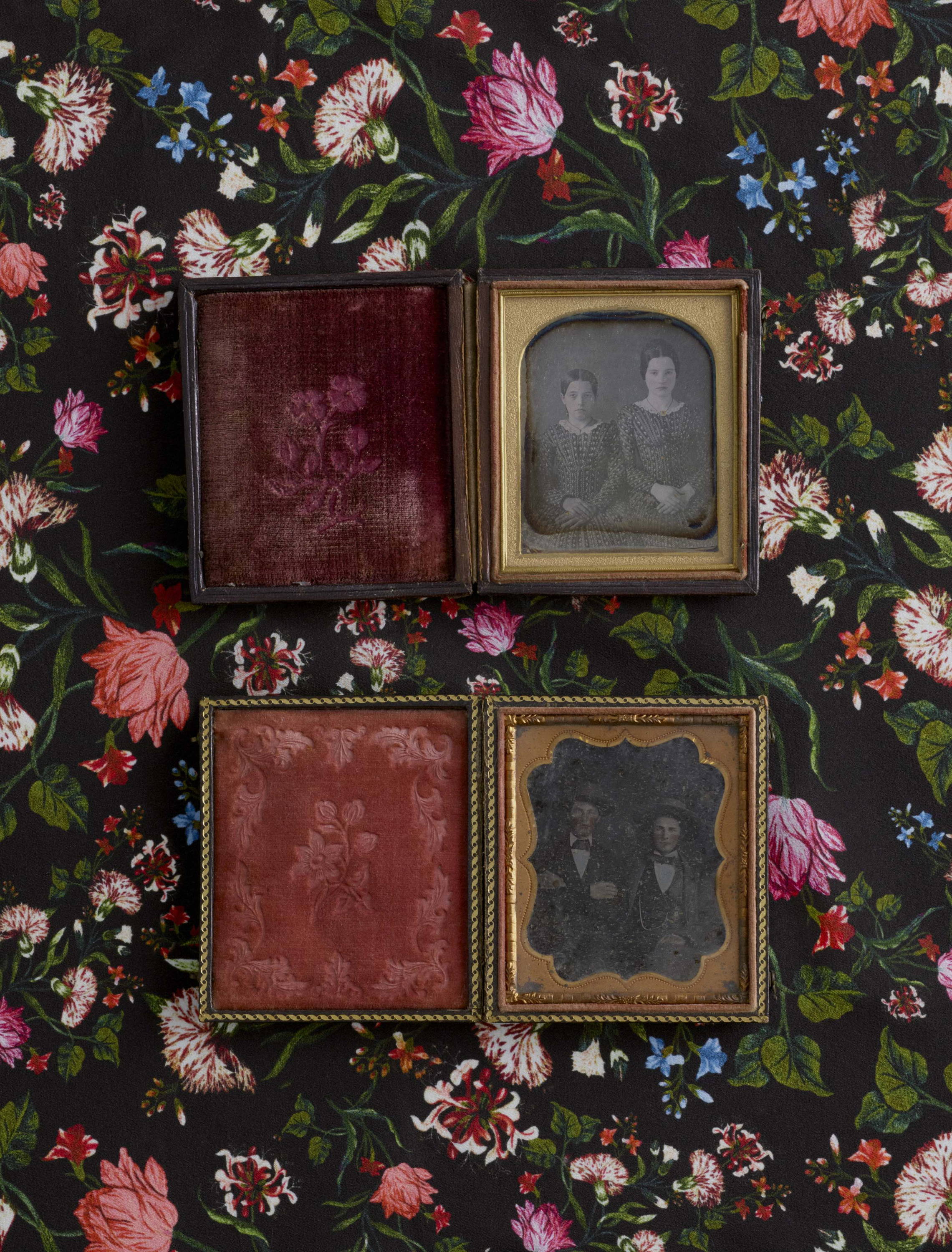 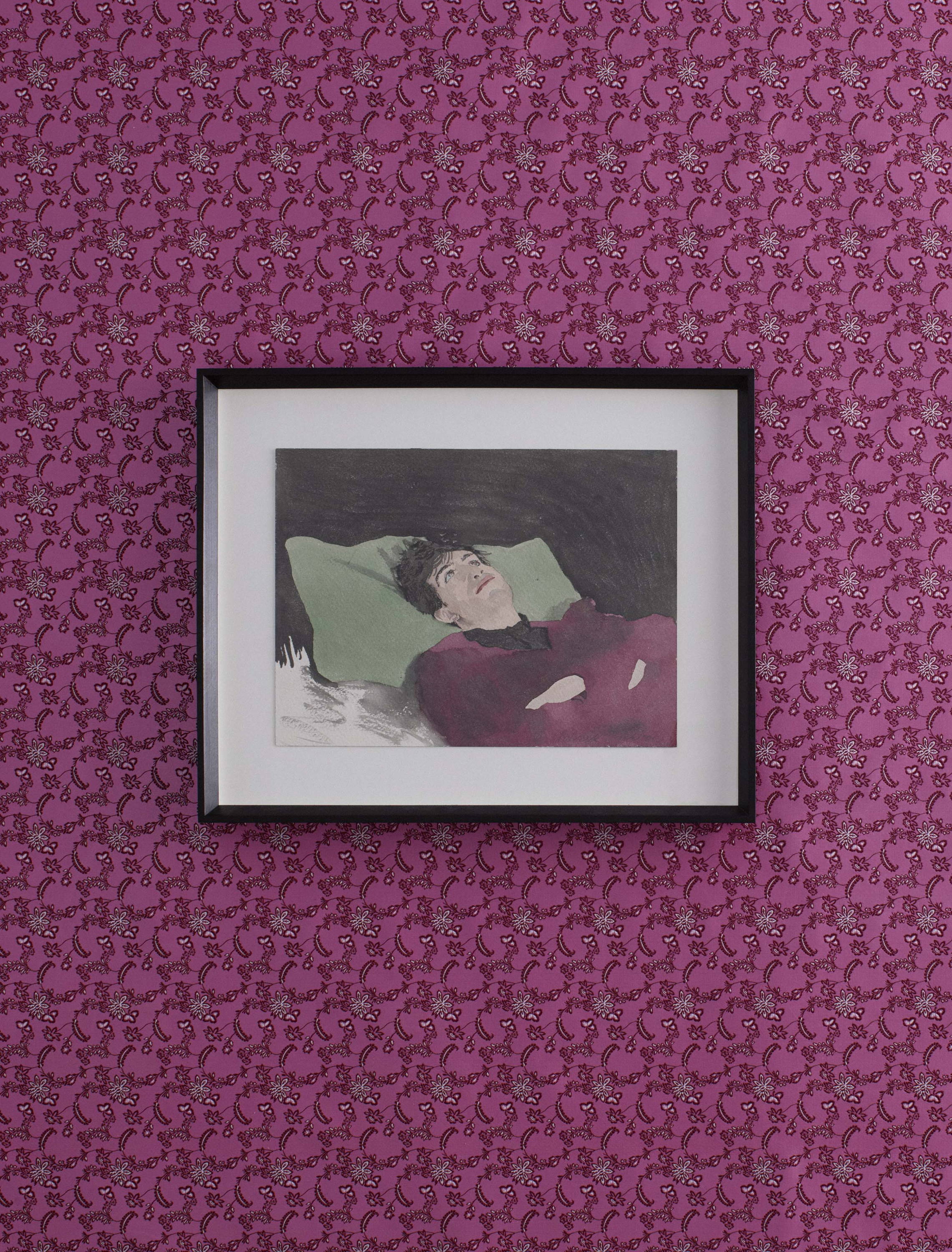 I think I’d like to curate an imaginary dinner party setting with Oscar Wilde, Marlene Dietrich and Yves Saint Laurent. It’d be a wild night.

I wear Frédéric Malle Vetiver Extraordinaire. I love it!

Any fabric that has a human hand to it.

Most probably my glasses, I feel much more confident when I’m not bumping into things. 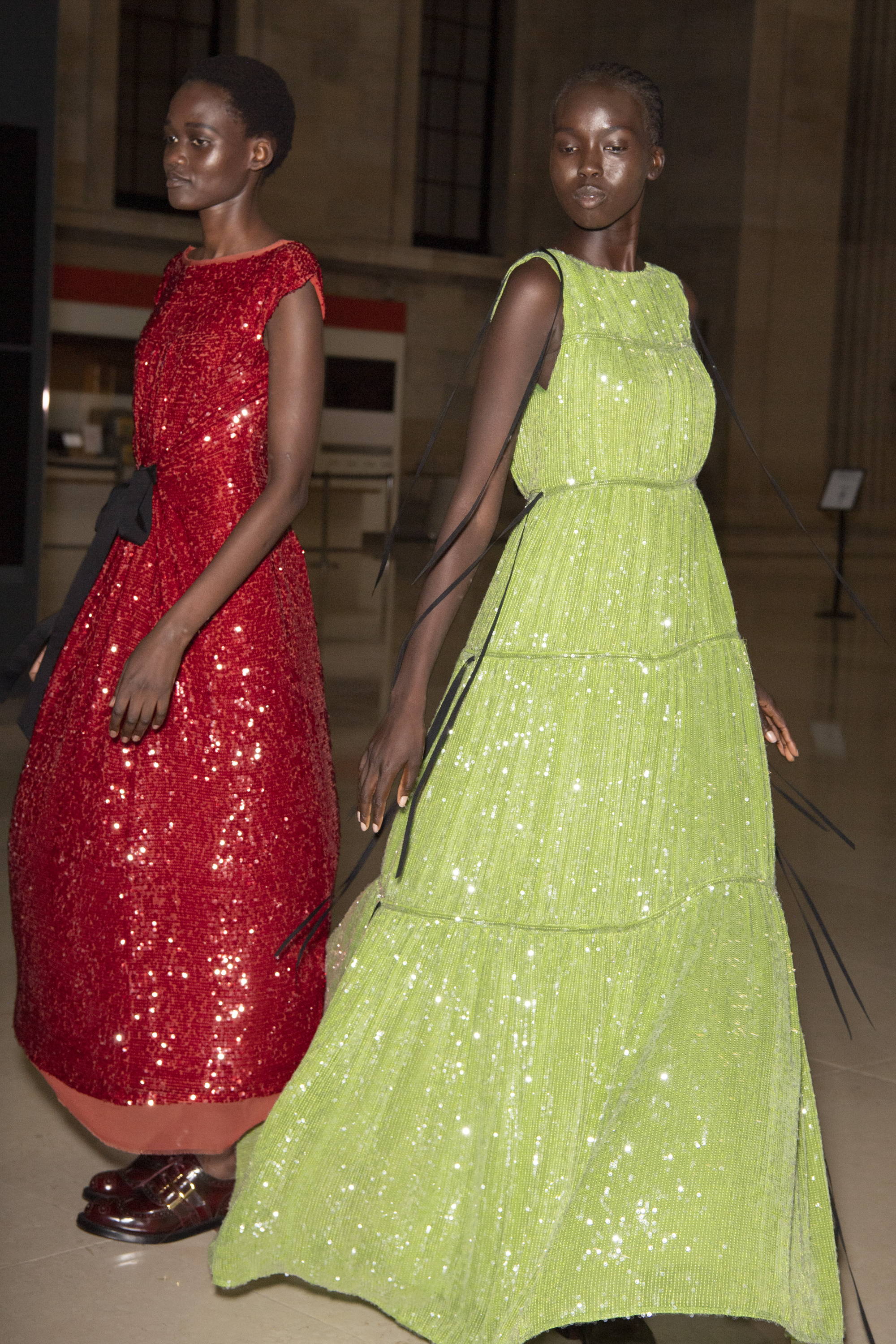 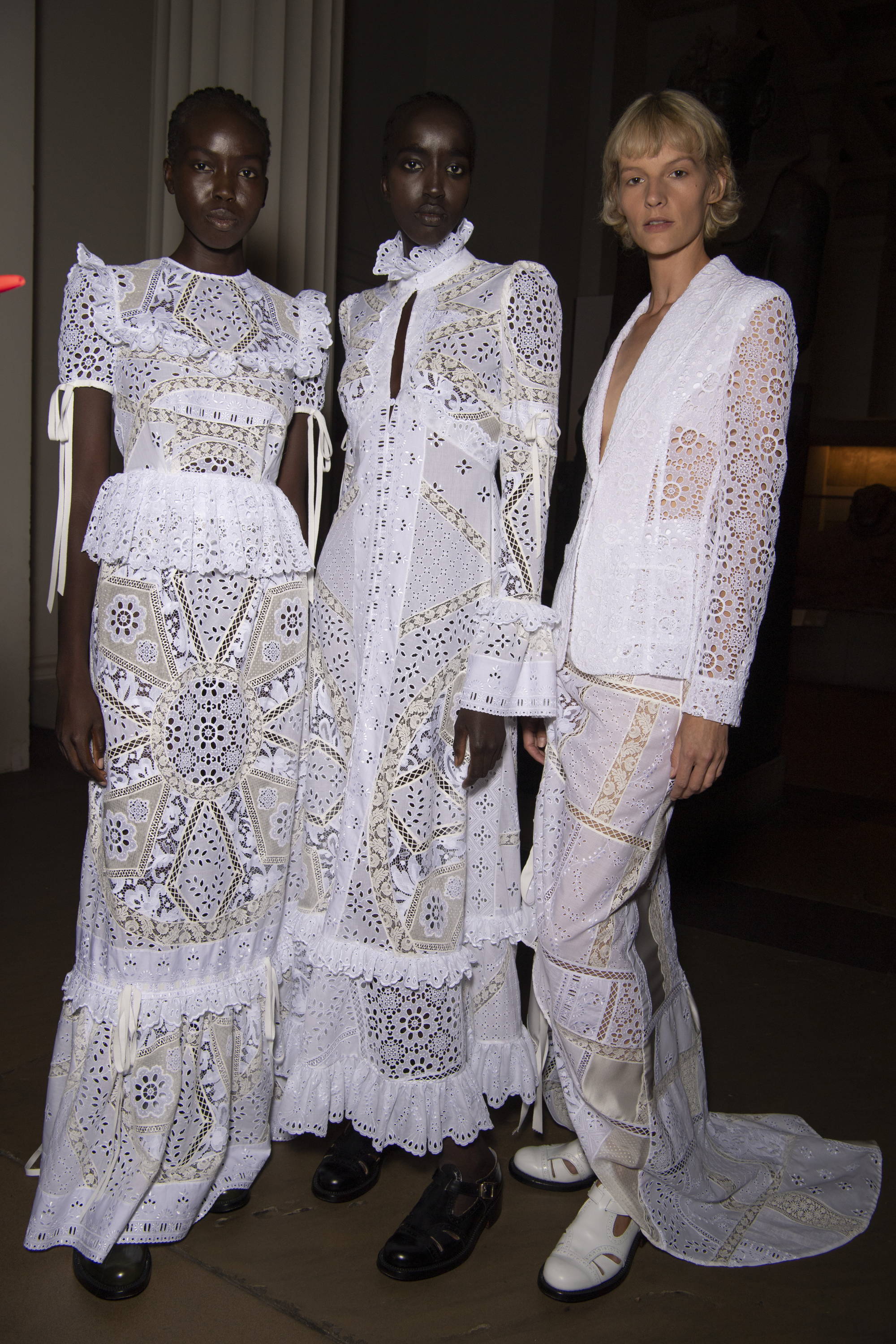 A new artist or designer whose work excites me:

Kaye Donachie [a British painter known for her ethereal portraits].

Remaining an independent business after 15 years in the industry. 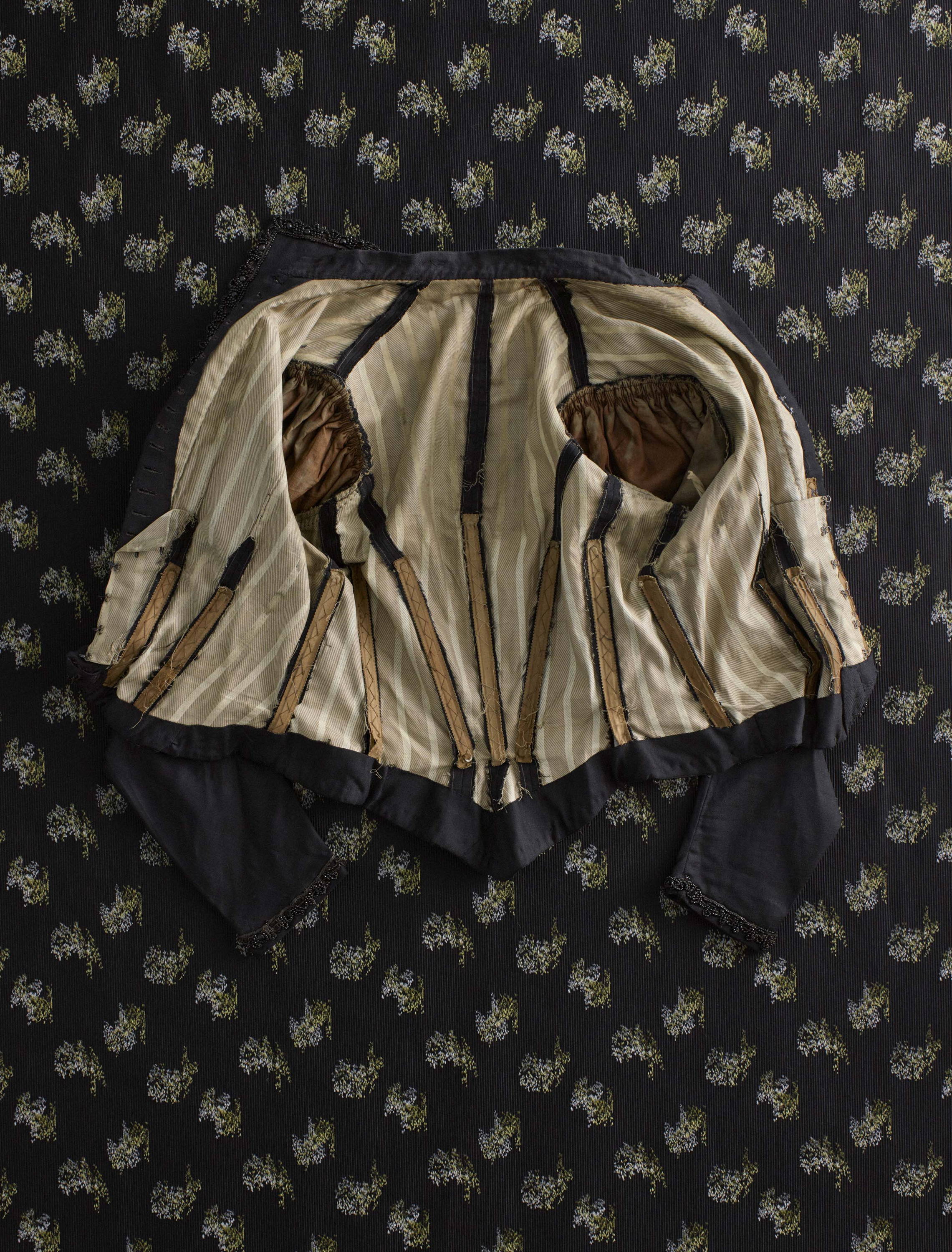 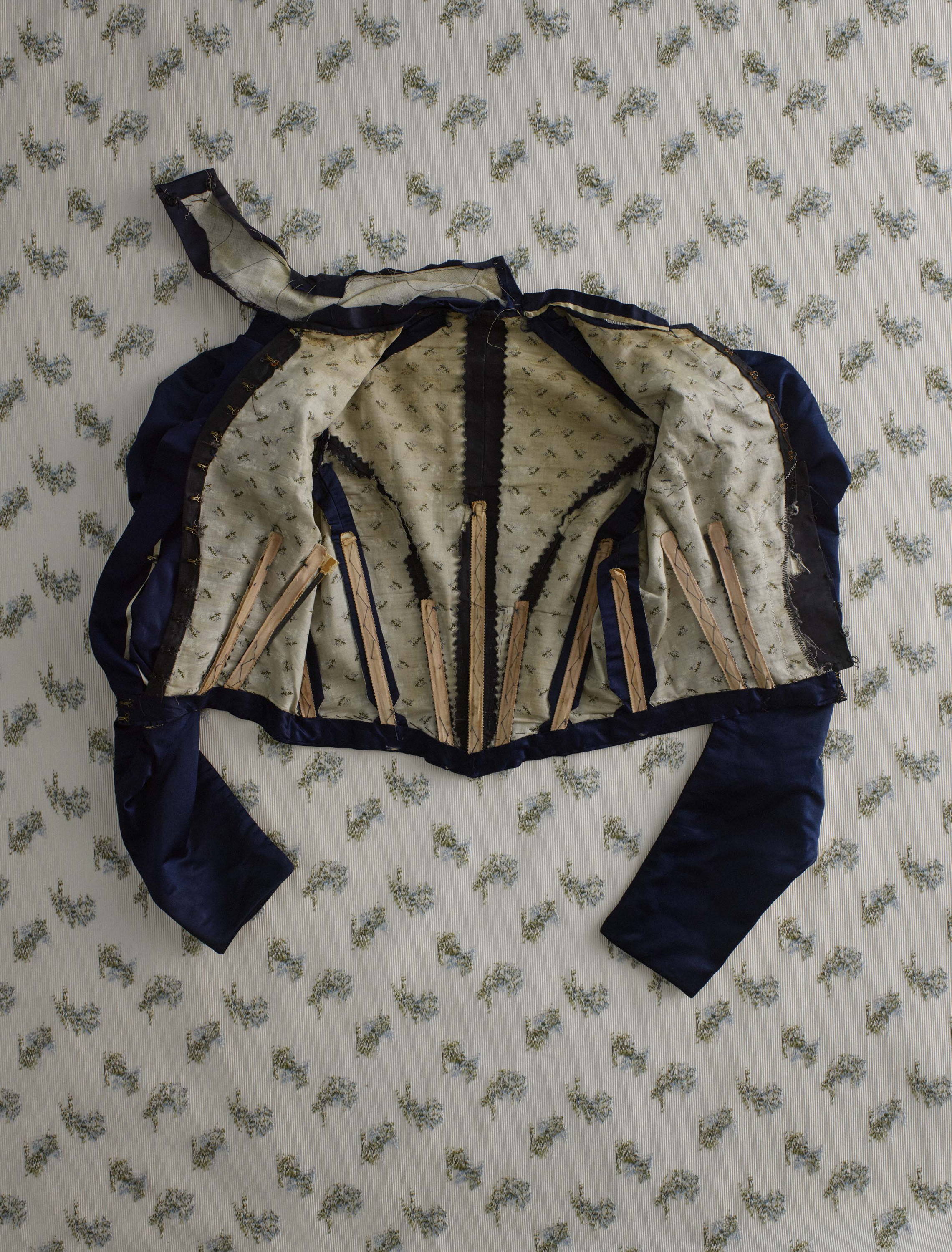 Vintage garments included in a moodboard by ERDEM, created exclusively for Cabana Issue 7.

I have one or two partners in crime, I’m sure they know who they are.

The person I owe the most to:

My husband Philip. He is the best.

The last two years have been very challenging, I’ve deeply missed being in the studio and collaborating with my team. It brings me great joy that we’re in a place to be able to create together again.

One city: London, of course

One artwork: Kaye Donachie’s portrait of my mother

One book: Don’t make me choose

One museum: The British Museum

One shop: My shop on London's South Audley Street

One song: Anything from the album Actually by the Pet Shop Boys

One word to describe your style: Accidental

One word to describe Cabana: Chic!