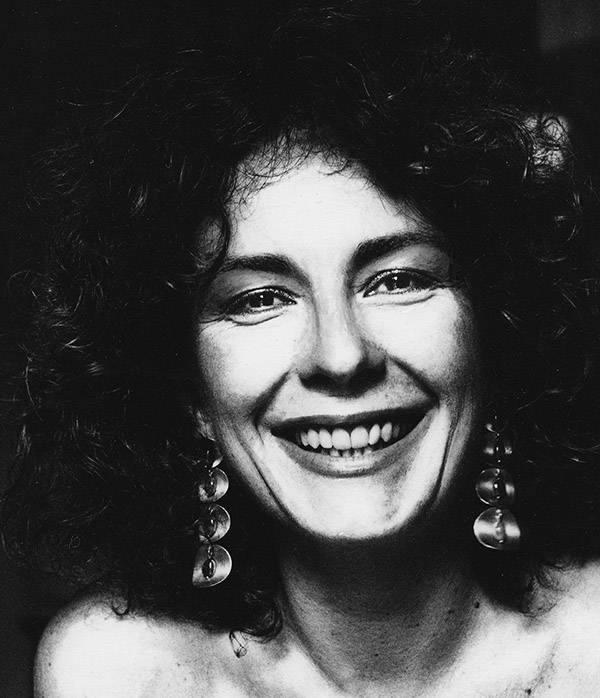 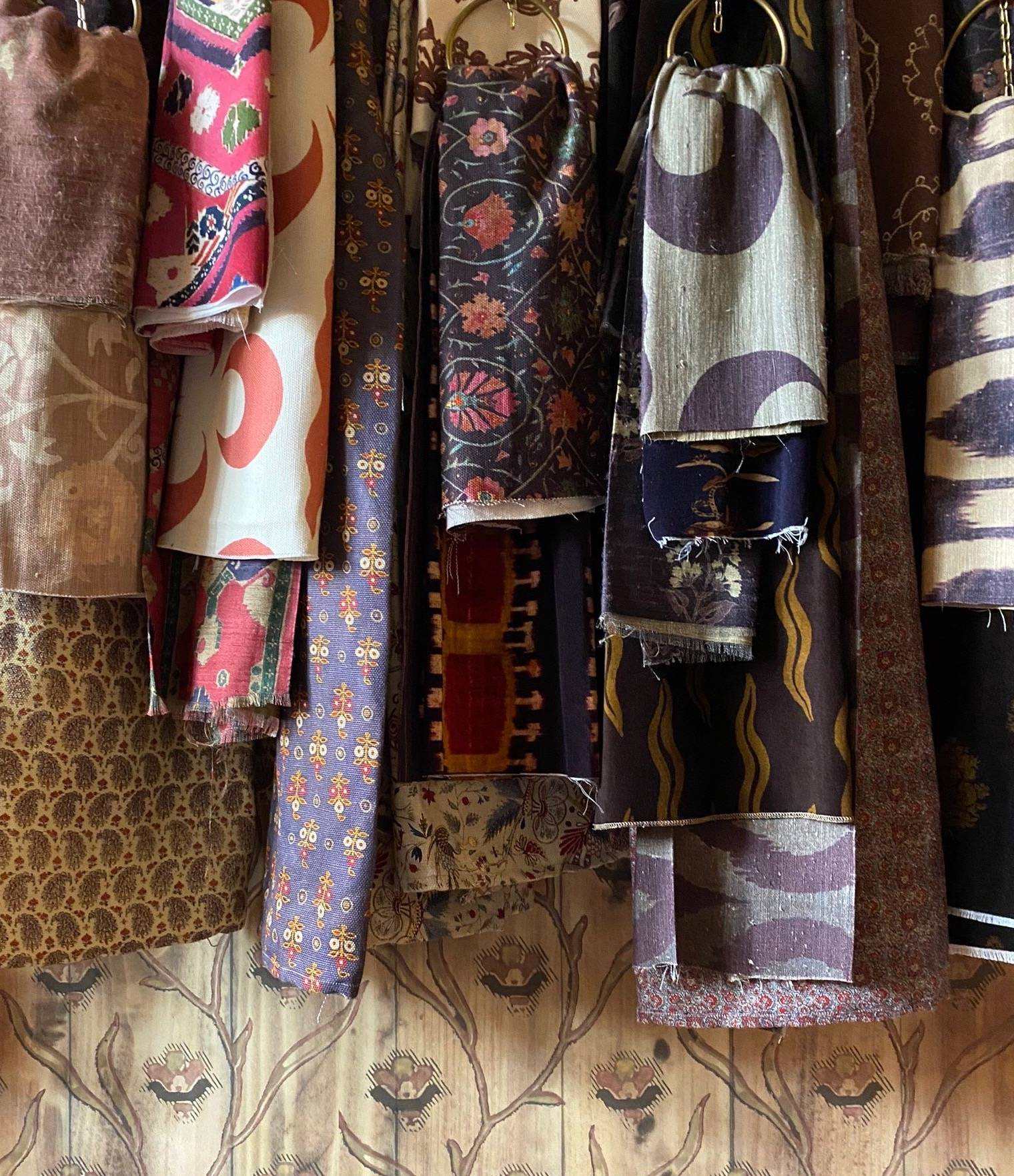 Idarica Gazzoni founded the Milan-based fabric house, Arjumand's World, in 2009 after 20 years mastering the art of mural painting and trompe l’oeil. Arjumand's World, named after the Mughal princess for whom the Taj Mahal was built, produces digitally printed fine fabrics, such as linens, silk tussahs and cotton velvets, inspired by travel and ancient myths. Idarica shares with Cabana her obsessions, influences and greatest challenges.

The most memorable trip I’ve taken:

Turkey, where I have been many times: as a child on the Mediterranean coast; as a teenager, renting a car traversing Cappadocia and visiting Nemrut Dag (an archaeological site overlooking Tigris and the Euphrates River); with my son, Carlo, and again with my family. I'll never grow bored of the Bosphorus natural strait, the markets, Topkapi Palace, the Galata Bridge or the Cistern of Aspar, all in Istanbul. The scents, the light, the air - it’s all so memorable - as is the feeling of being at the beginning of Asia, crossing Europe, where it all began.

The best party I’ve ever been to:

There are three: one at the Hotel du Cap in France; one in Castelluccio in Sicily and one in Istanbul. They were all very refined with a Mediterranean feel. I also loved the party I threw for my son, Carlo, when he turned two. The house was in restoration so, with the builder's help, we put sand in the sitting room, painted palm trees and gave each child a bucket and spade. It was the best silent party ever, all of them busy building and creating.

The moment that defined my career:

Aged 20, I went with my friend, Marina, to Van Der Kelen painting school were I learned to paint Faux Marbles and Bois. I started painting on walls and experimenting with all kinds of design, which later became the Arjumand collection of printed fabrics and wallpapers. Also, early on in my career when I went to participate in Maison et Objet in Paris knowing nothing whatsoever about the textile business! 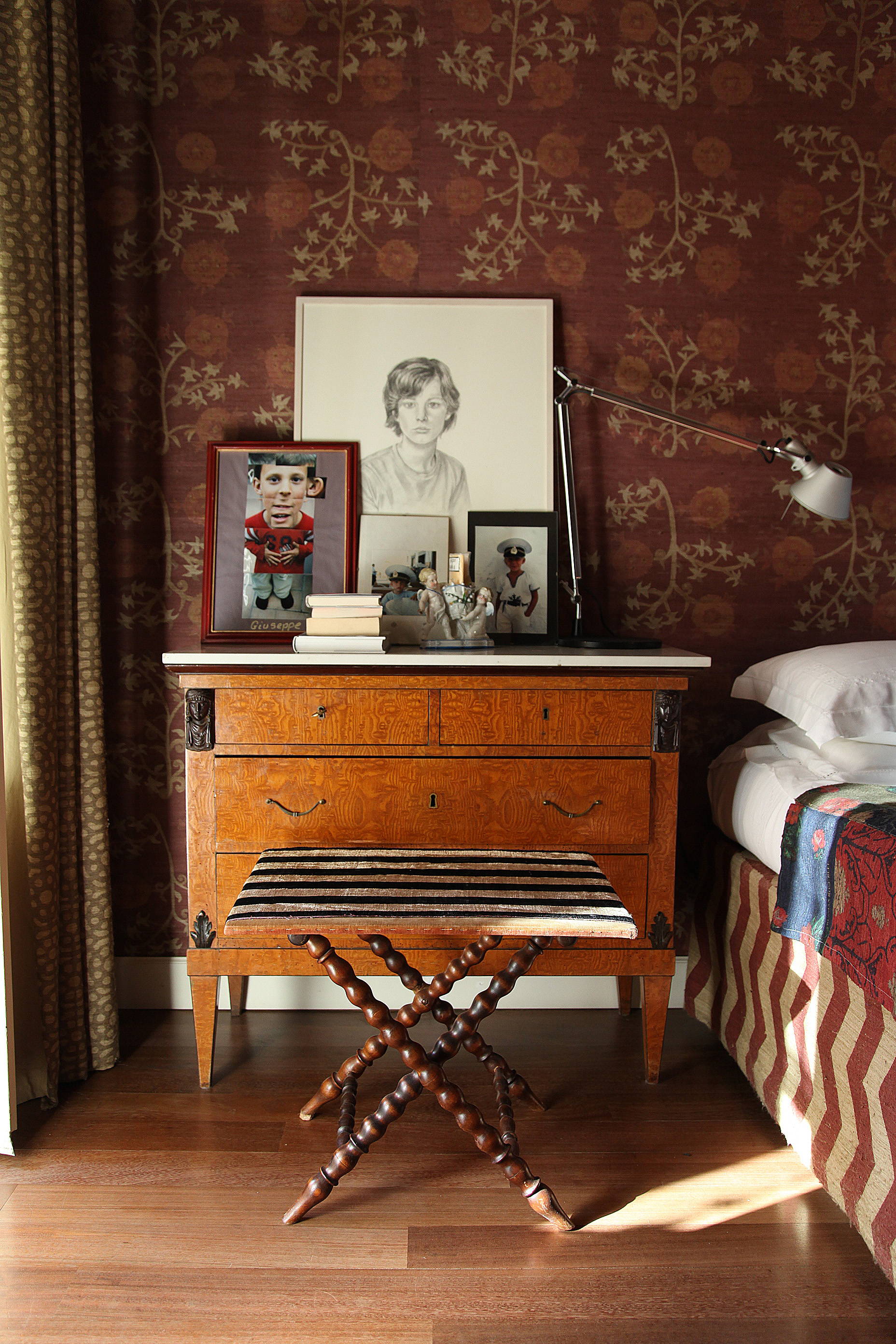 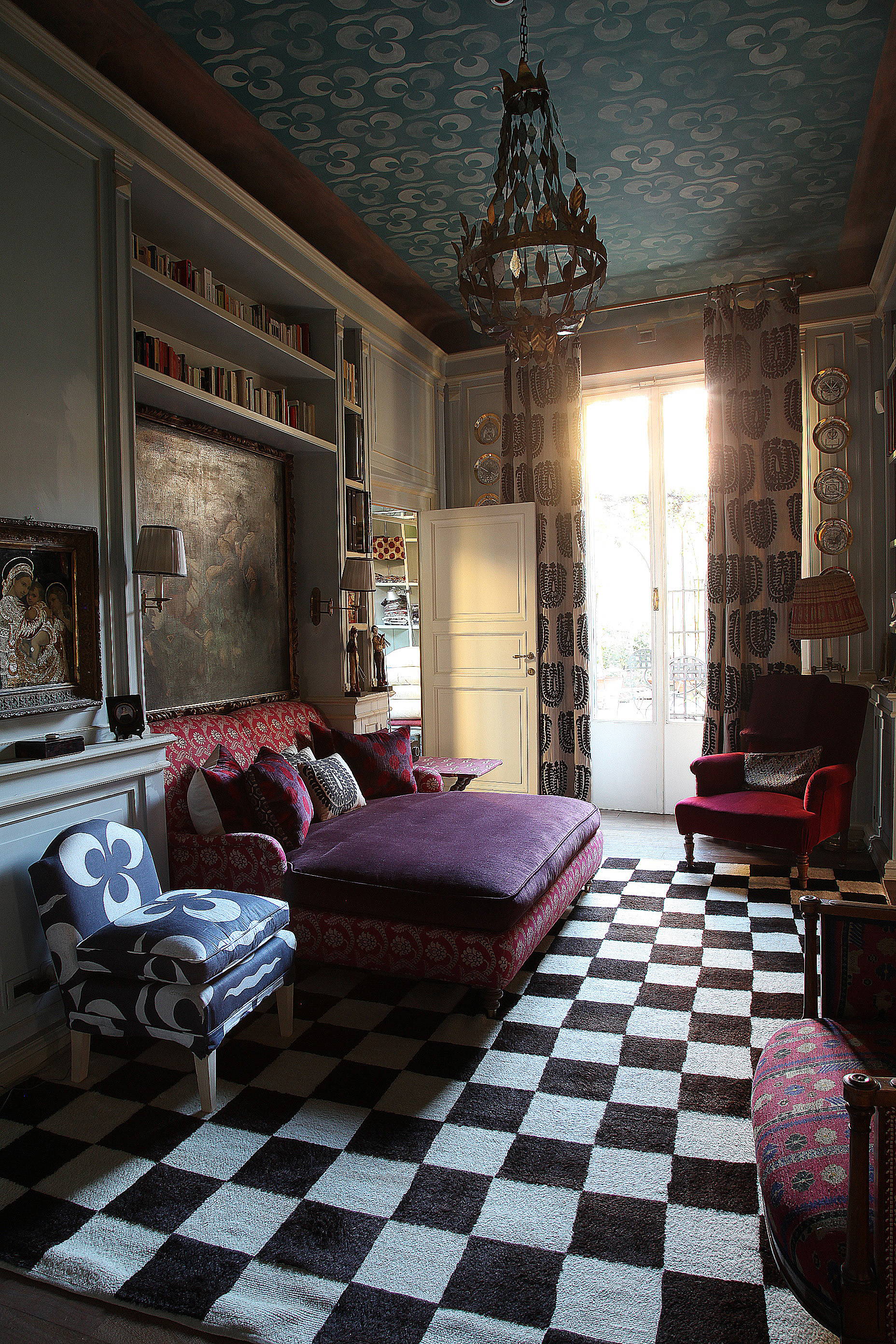 I think it was planning - with my friend, Maria Ousseimi - the design of a huge luxurious restaurant, Liza, in Beirut. We had to fit custom-made wallpaper panels, which were all from Italy and had to be glued in place.

The best gift I’ve received or given:

They’re both stones! A Modigliani-esque face stone I found in Patmos and gave to a great friend. And also from Patmos, a big heart-shaped stone that my son Carlo gave me when he was a child.

My next weekend-away destination:

Probably the center of Italy facing the Adriatic sea.

Very happy; I was raised in a sophisticated bourgeois milieu, in an antique home with frescoed ceilings, a garden and two dogs. My mother studied history and my father was an industrialist. 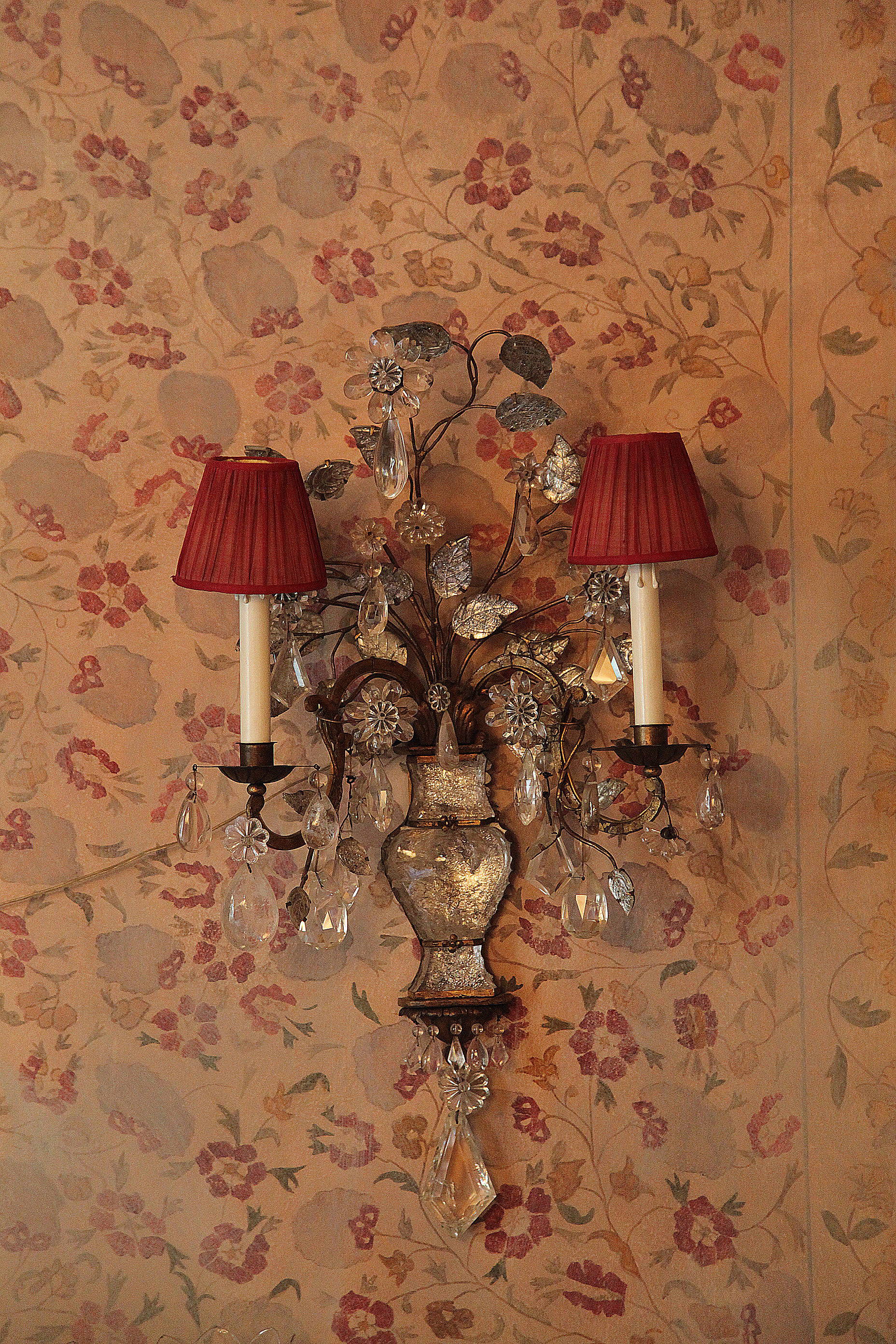 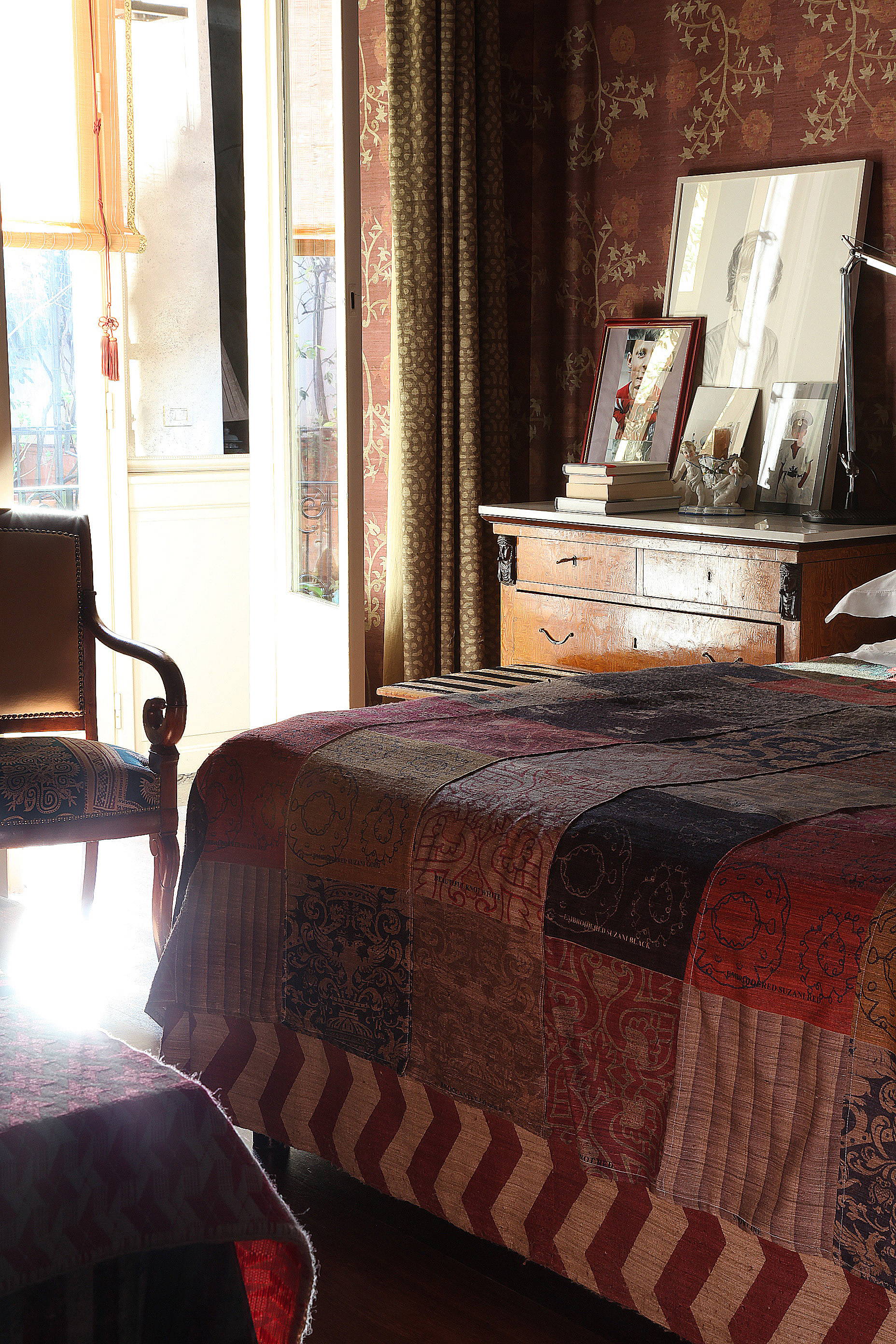 I don’t really like flea markets any more. I used to when I was younger and hungrier, but I never buy much now. I'm not a collector, I'm a creative producer, so if I buy it’s because I try to transform things. For many years, Etsy has been great fun and presents wide opportunities, and Instagram has opened our minds to following all kinds of producers around the world. I also like proantique.com where you see all kinds of antiques in Italy and France, and I love shopping when I travel, like in Uzbekistan. I recently bought some lovely ceramic painted plates to hang.

Dresses. At the moment I am loving all Diane Von Furstenberg’s dresses.

A new artist or designer whose work excites me: 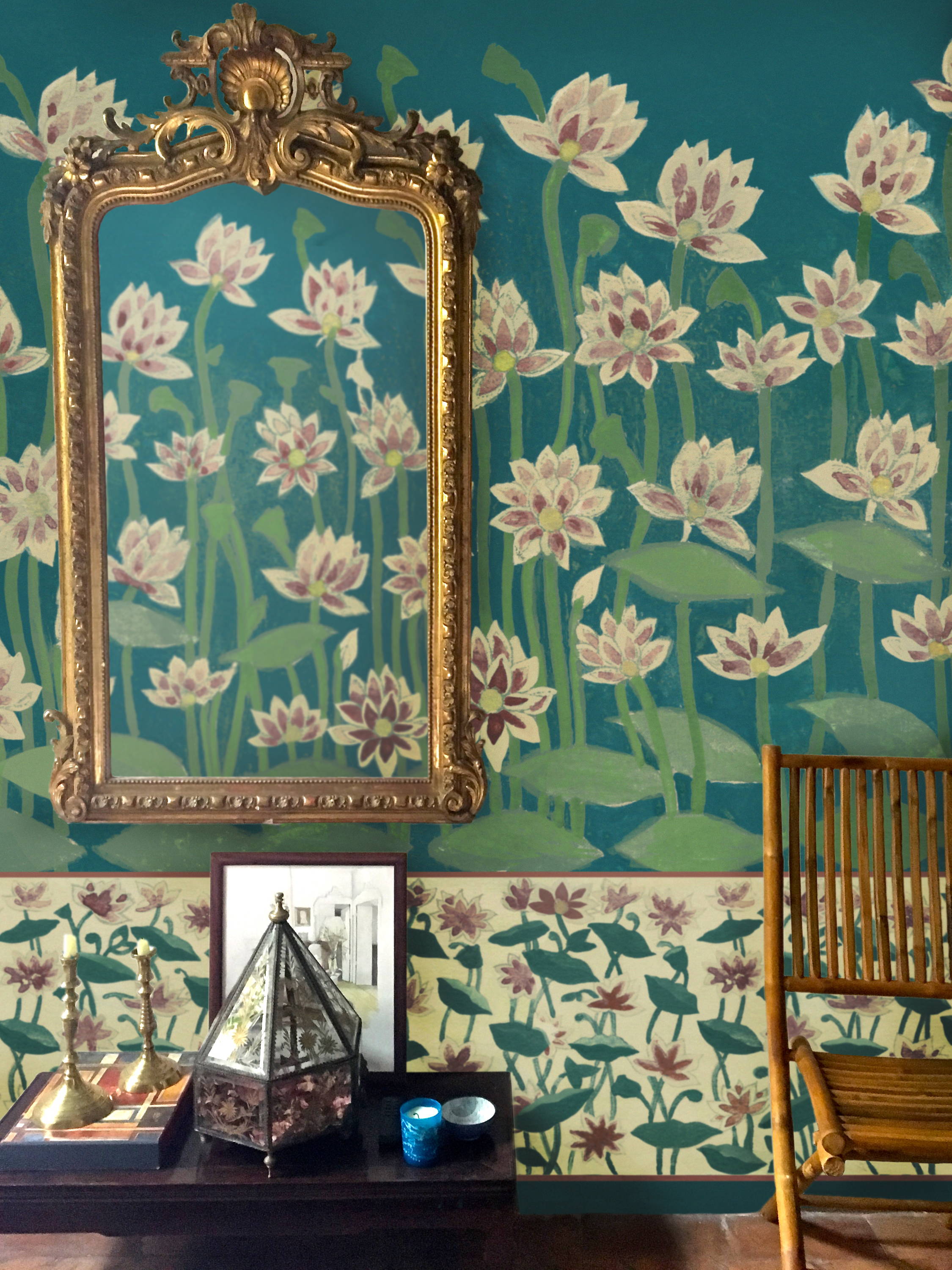 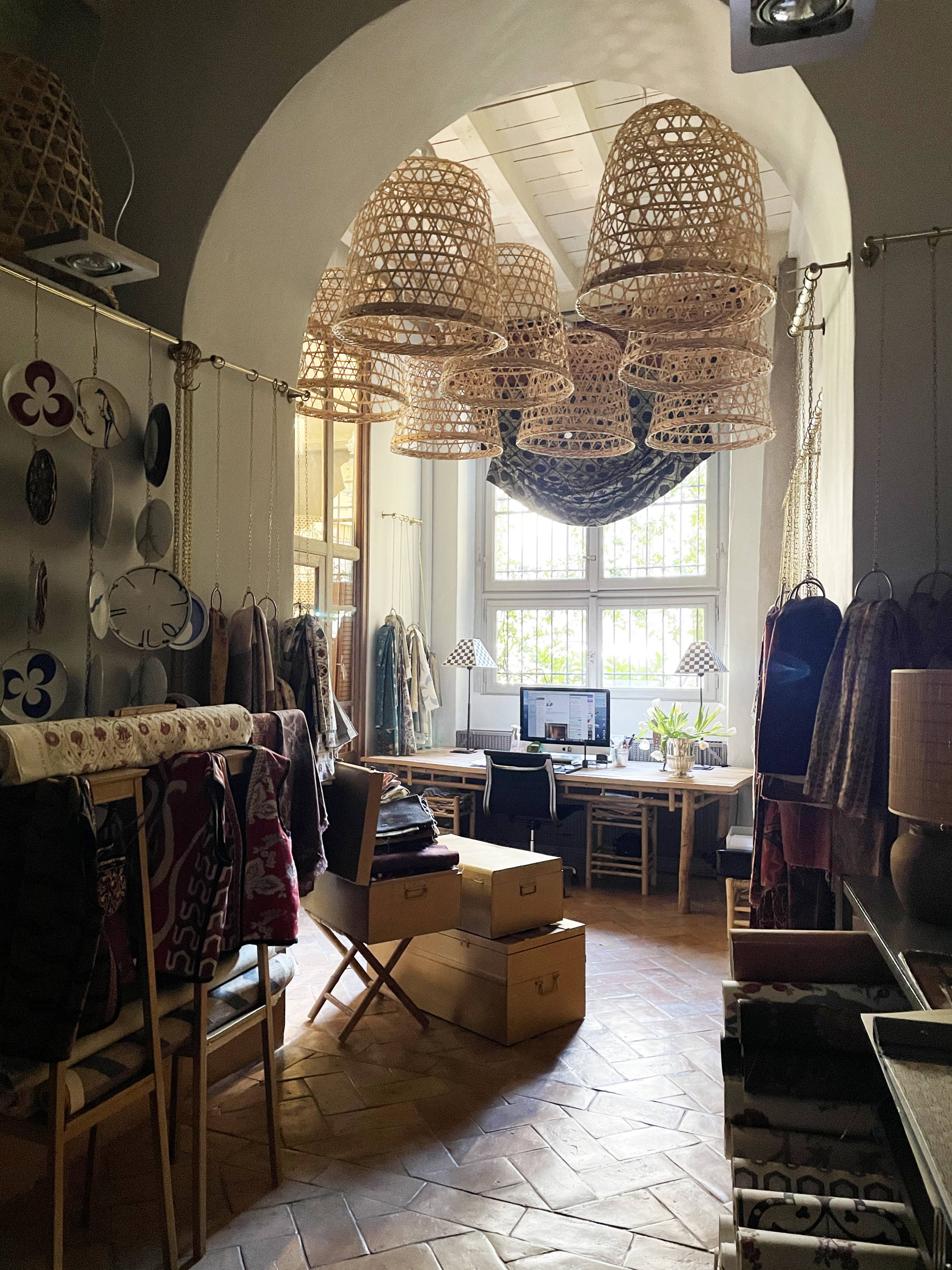 My Mother (she has a vast ‘360 degrees’ way of putting things together) and two angels that always help me (they help me listen to my inner ideas). I also try to remember what my father would have suggested; his ideas were very innovative, quick, precise and chic.

Lalli, my ex sister-in-law, the most simpatico lady. We laugh so hard.

The most interesting dinner party companion:

I am very sociable, covid permitting. I like company, and human beings; they are all interesting.

The person I owe the most to:

My mother, Grazia, who introduced me to beauty, culture and curiosity.

My two sons, Carlo and Giuseppe. 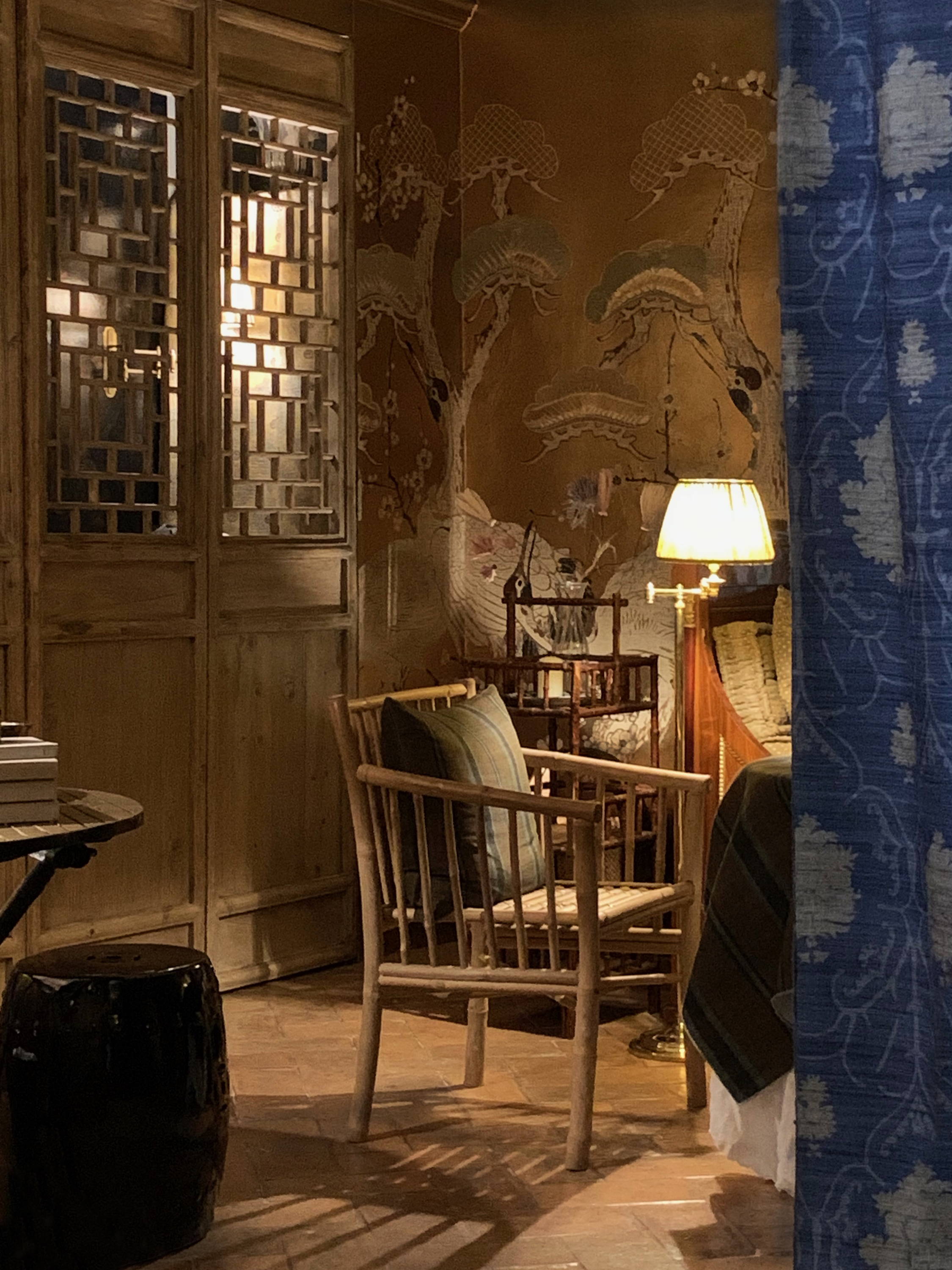 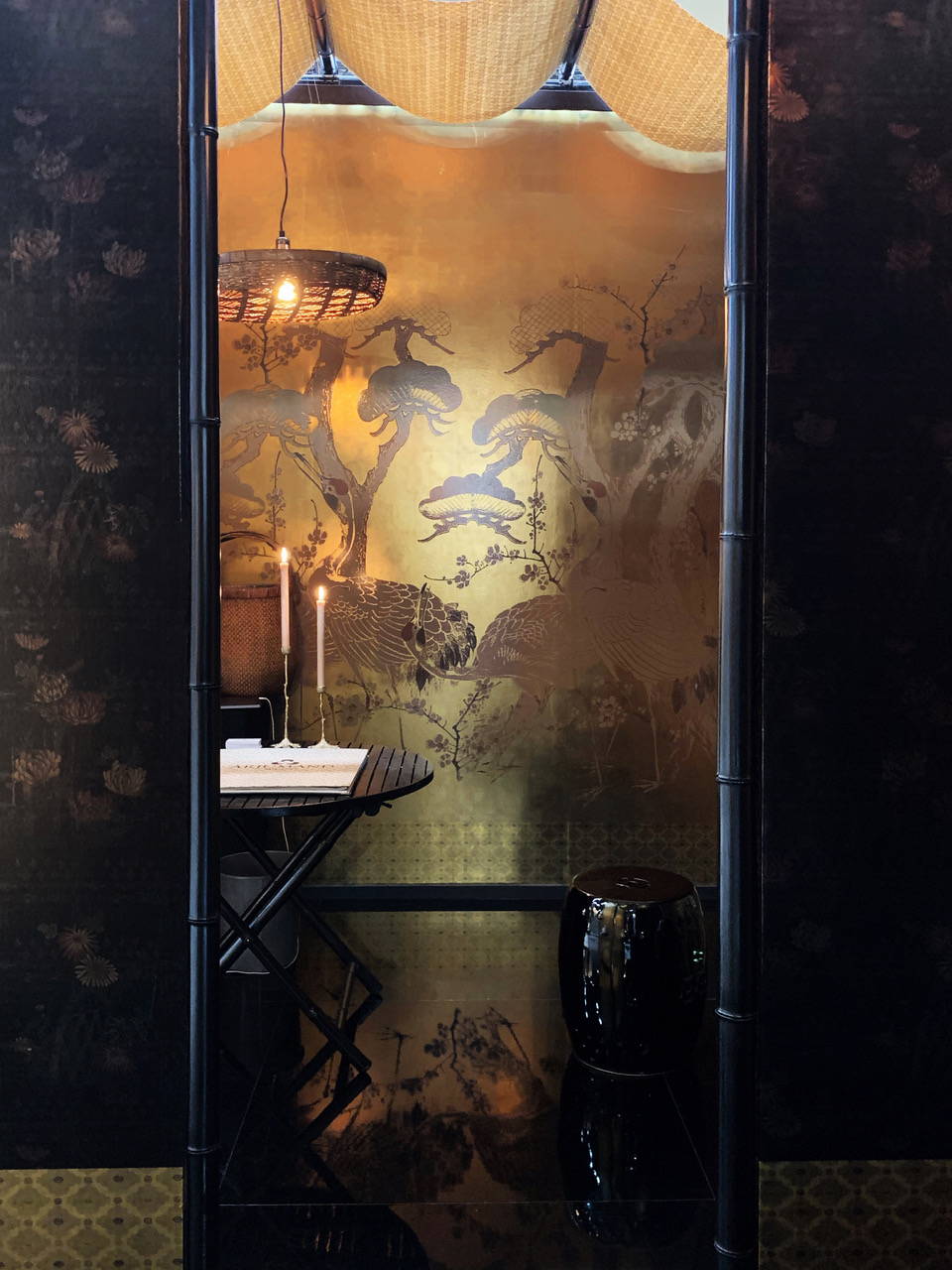 One master: Papi (my father)

One muse:  Arjumand (the Mughal princess)

One museum: The V&A, London

One song: The Sound of Silence, Simon & Garfunkel

One word to describe your style: Cosy

One word to describe Cabana: 360 degrees