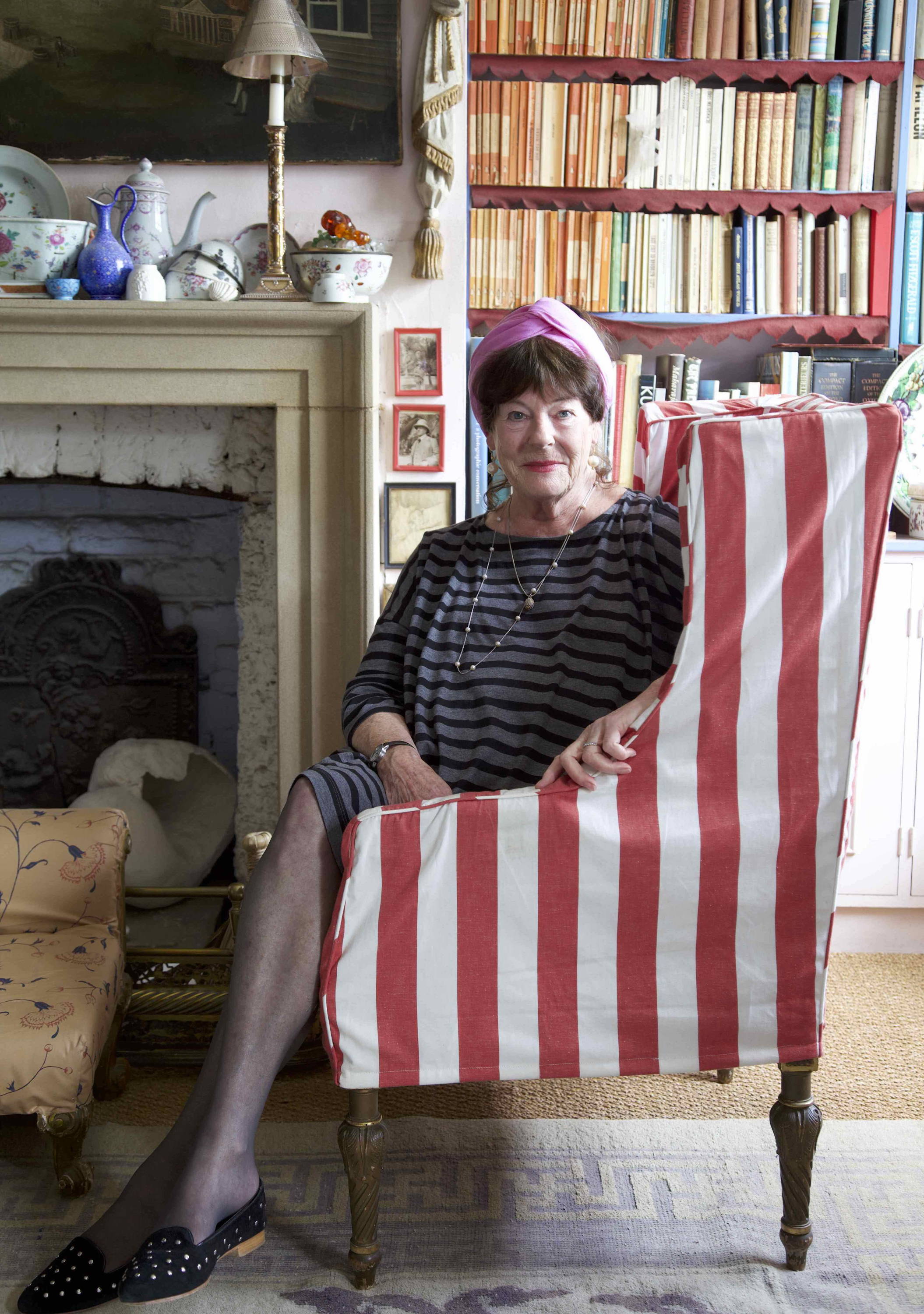 In the age of beige, the legendary interiors editor Min Hogg will forever be a heroine to those who enjoy decoration, eccentricity and individuality. Her friend, the writer and collector Charlotte di Carcaci, explores Min Hogg's irresistable panache, alongside glorious photographs of Min's home in the Canary Islands.

Co-founder and launch editor of The World of Interiors, Min Hogg's idiosyncratic viewpoint revolutionised the way we look at decoration. Caring not a jot for the slick roomscapes of modish designers, and being averse to commercialism, instead Min featured in her pages an eclectic ensemble of places and spaces never-before-seen in glossy magazines: decaying palaces that had languished half-forgotten in the hinterlands of Europe; eccentrically embellished tribal dwellings; over-stuffed houses of antique-addicts; and even a whimsical collection of taxidermy that consisted of kittens dressed in Edwardian garb, posed in domestic tableaux.

Min, born at the very start of WWII, was the daughter of Sir Cecil Hogg, the late Queen’s physician, and his wife, Polly, a woman of innate good taste who abhorred any sign of decorative newness, but nonetheless allowed Min to wallpaper her own bedroom at the family's Nash villa in Regent’s Park. Noting that her daughter was developing an interest in the arts, she would take her to visit museums and stately homes. These trips were not taken in vain, for in adulthood Min would often credit her mother with awakening in her, a love for all things beautiful. 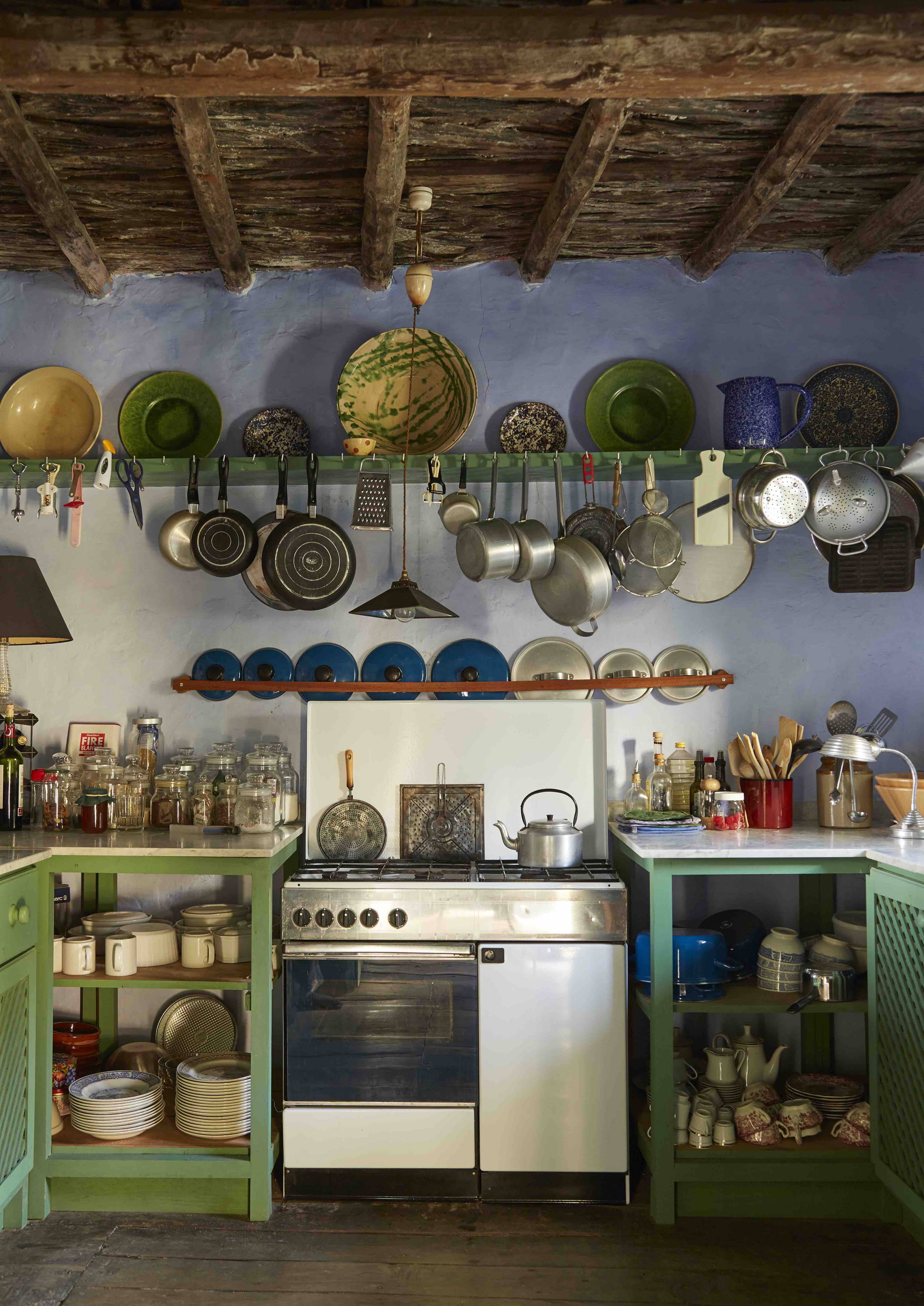 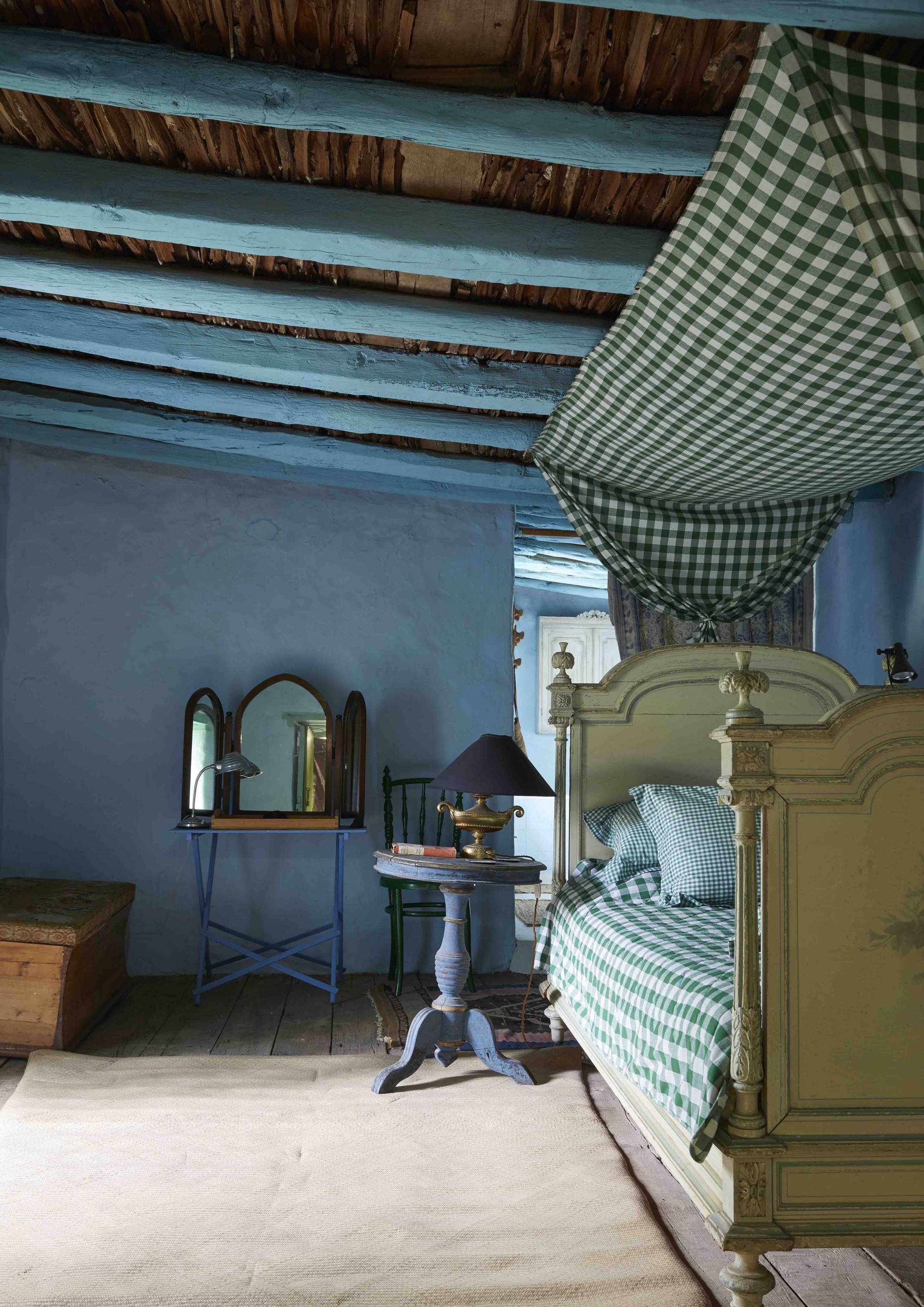 Coming of age in the early 1960s, Min studied interior design at The Central School of Art, before joining the ranks of well-born young ladies employed at fashion magazines, a job that was often seen by these upper-class girls as a convenient stop-gap before the real job of life began, namely marriage to an eligible young man. Min herself was not fated to wed, but she had found the milieu in which she was to thrive for the rest of her working life.

After a stint as a typist at Queen Magazine, she joined The Observer before returning to the recently re-named Harpers and Queen, in time becoming chief fashion editor with the young Anna Wintour acting as her assistant. But soon thereafter Min grew to realise that her love for fashion had been superseded by a passion for interiors.

“Having seen,” said the photographer Eric Boman, “so many houses that were better than dresses,” she had become disenchanted with the unceasing novelty that the market demanded from fashion labels and longed to focus on decoration, especially the sort of rooms which had grown over time to reflect the taste and personality of their inhabitants. After leaving Harpers and Queen, she answered an advertisement in The Times for an editor to run an international arts and decorating publication, which was being launched by Kevin Kelly. It was her dream job. 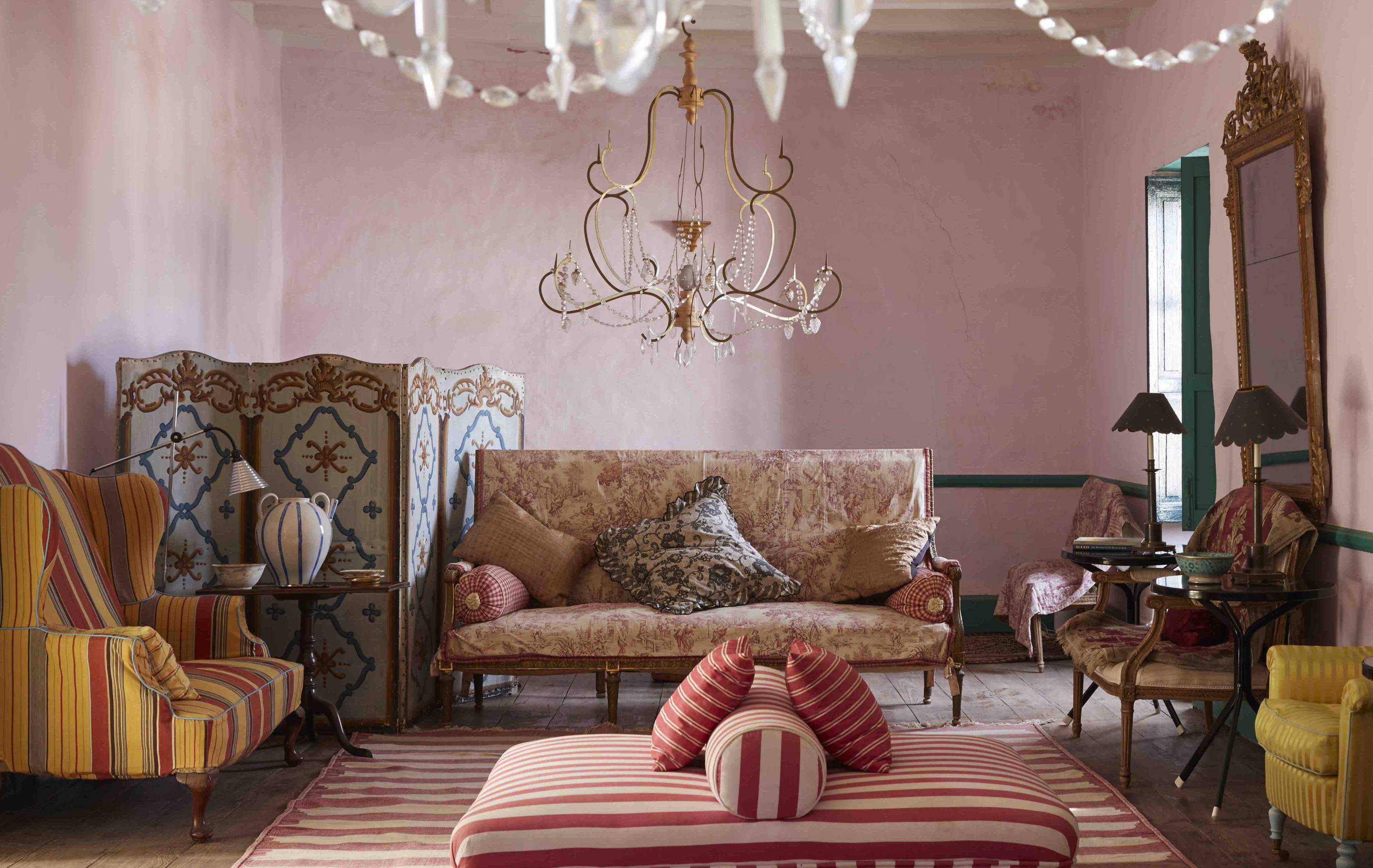 Min’s rule at the magazine was that of an autocrat. Staff members were sometimes to be found weeping in the ladies' loo after a dressing down from their editor, but her often eccentric demands produced results, and soon, Interiors, (later The World of Interiors, after it was purchased by Conde Nast) became a beacon of originality and good taste, every issue eagerly awaited by the design cognoscenti. Her magazine had far greater influence than its circulation might suggest, and Min’s unerring eye would detect decorative gems in unusual places. Once, espying the sitting room of a Swedish Manor House in an Ingmar Bergman film, she decided to have as many of these Gustavian beauties photographed as she was able. Drawing the world’s attention to these as-yet unsung interiors prompted the craze for 18th century Swedish taste that has not yet abated.

Out of the office Min was a wildly popular figure. She was a droll companion, with her ready-wit, amused kohl-darked eyes, and wicked husky giggle, a laugh that had been enriched from years of smoking Gitanes. Even in maturity there remained about her something of the beatnik that she had been as young girl. Her inborn independence precluded marriage, work was her abiding consort, although she enjoyed romances with many notable figures including the photographer James Mortimer and the great movie-director John Huston. She was described in this way, at the time of her relationship with Huston, by his daughter Angelica. “Min was the first really glamorous and modern woman I ever saw. She must have been in her early 20s, with a curtain of black hair to her waist. She wore miniskirts and fishnets, and I would just gaze and gaze at her.” 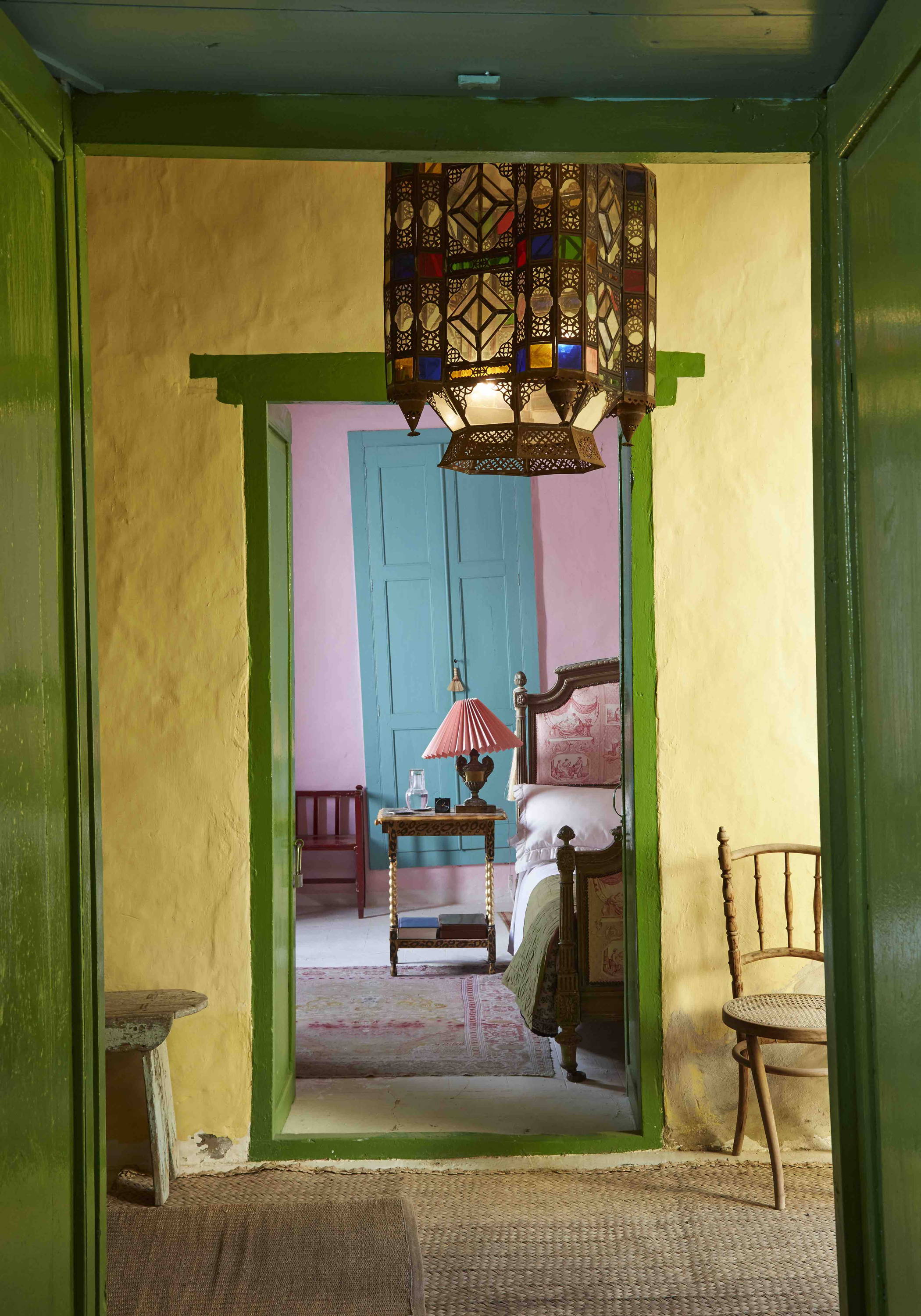 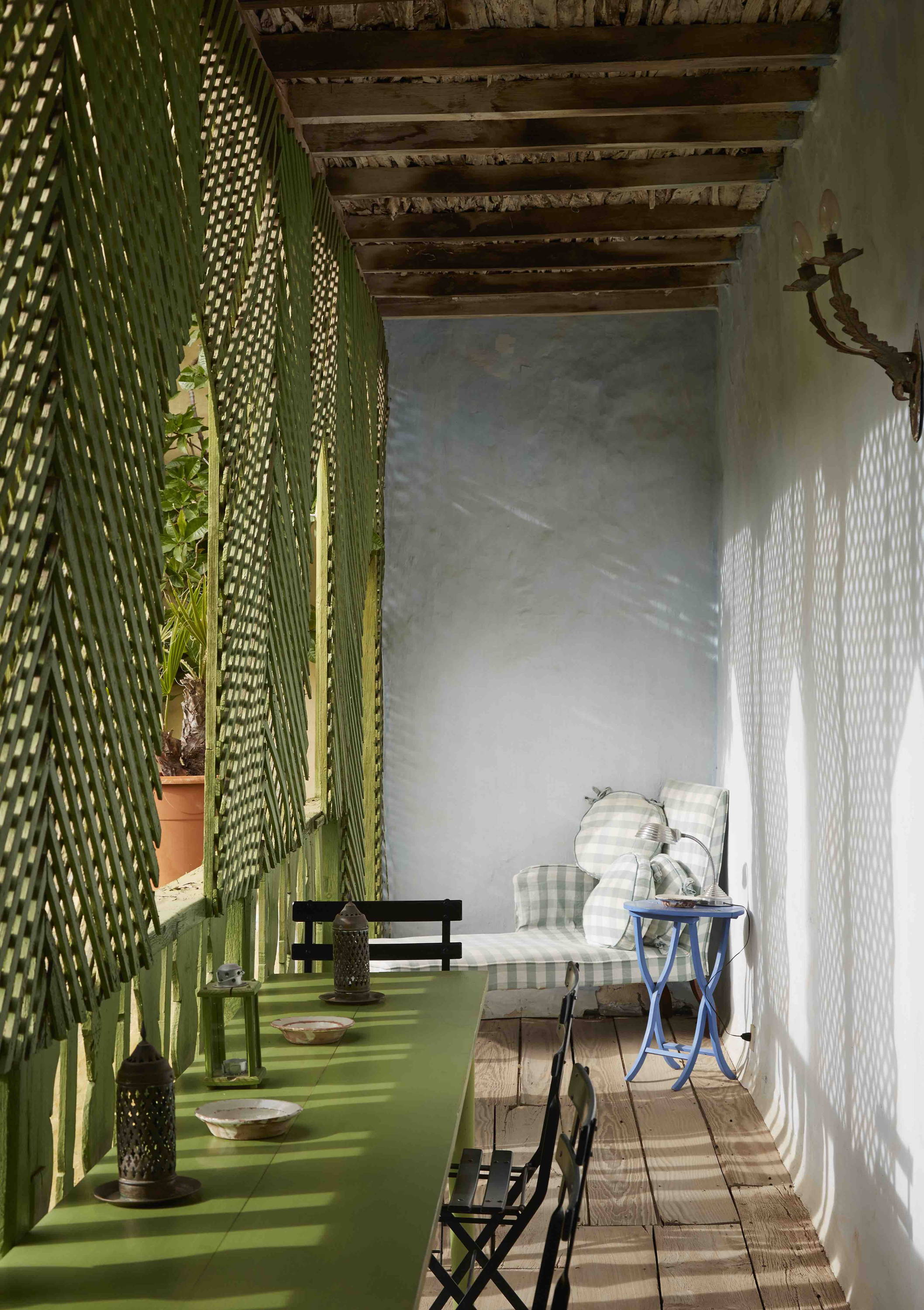 In 2000, after almost two decades at The World of Interiors, she left to care for her elderly mother. Min lived on the nursery floor of a grand mansion in Knightsbridge filled with her collection of treasures, lovely timeworn things that she had amassed since childhood. She bought a picturesque village-house in the Canary Islands where she delighted in the winter sun, and kept herself busy designing a successful line of wallpapers and fabrics based on 19th century drawings of seaweed.

In this new age of beige, where people look toward bland hotel-suites as inspiration for their homes, Min’s singular vision might now seem outdated and defunct. But for those of us who adore decoration, and history, and individuality, and quirk, Min Hogg will forever be a heroine. 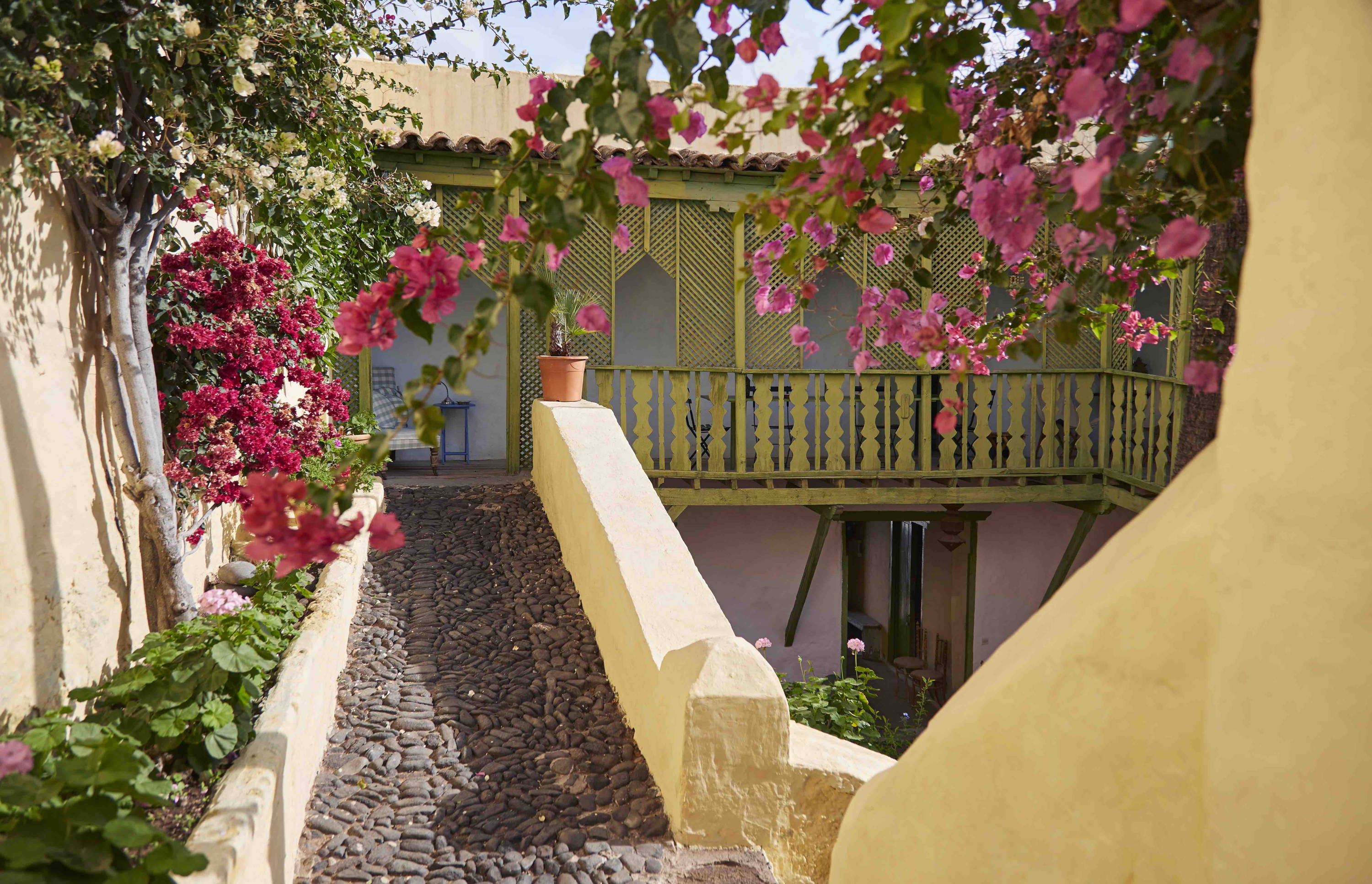