Have You Ordered Your Annual Subscription To Cabana Magazine? Click Here. 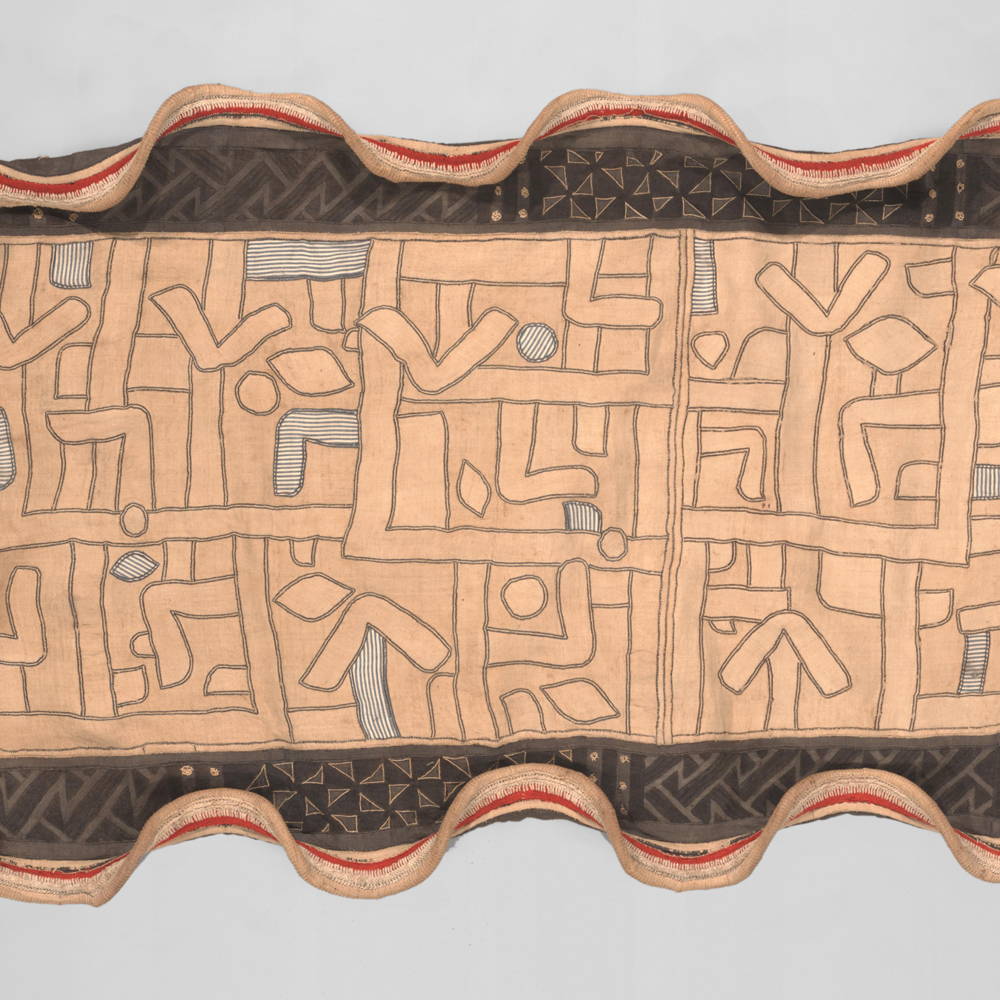 The textiles of the Kuba Kingdom are among the most spectacular on the African Continent, renowned for their daring aesthetic and complex geometry. The Central African kingdom of Kuba - modern day Democratic Republic of Congo - flourished in the 17th-19th centuries. The import of foreign fabrics was severely restricted until the 1880s, preserving a sophisticated tradition of woven and embroidered raffia palm textiles.

The most salient characteristic of these textiles, after their geometric designs, is their lustrous texture. Sometimes referred to as velvets, the technique used is actually embroidery.

The effect is achieved by first weaving palm fibres together to create a panel, and then embroidering a pattern using a special, soft thread and a stitch technique which allows the embroidered pattern to be ‘cut’ to create a velvety pile. The visual impact of these textiles is bold and arresting, belying their true complexity. Various intricate techniques are used; including embroidery, patchwork and, for women’s skirts, appliqué. 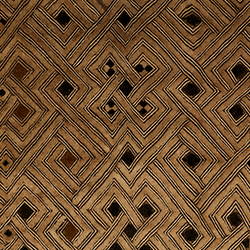 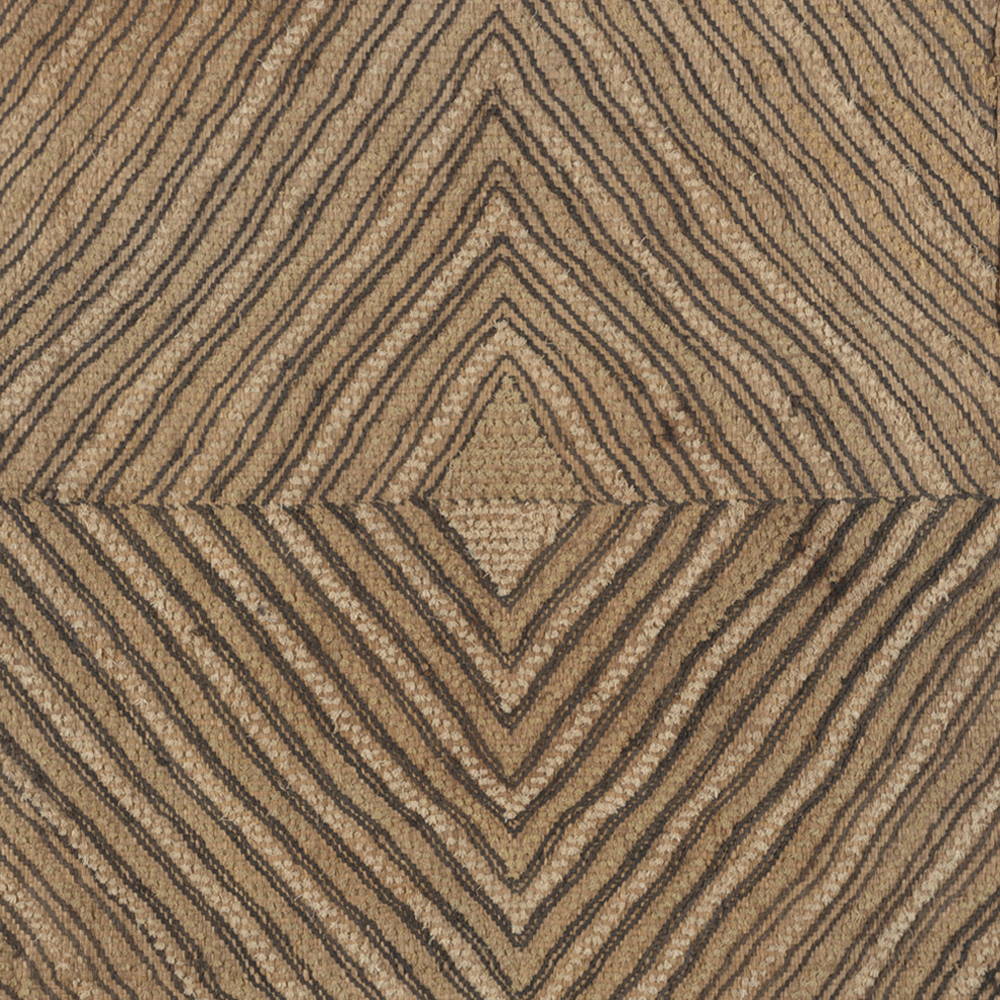 The color palette is minimal, but the dyes used are highly saturated and introduce rich tonalities. Ochre and caramel browns are set off by indigo blues and ivory, with the occasional use of twool dye, a deep red substance obtained from the heartwood of a tropical tree believed to have protective properties. The restrained use of colour sets the stage for the astonishing use of pattern which sets Kuba textiles apart.

A restricted set of abstract shapes are repeated, echoed, mirrored, multiplied, inverted and layered. Their interrelation interrupts the natural flow of visual expectation, absorbing the gaze, which dances across the textile rather than following a certain line. Harmonious order and instinctive, asymmetric geometry are in perfect rhythmic balance. Often, there is a spatial aspect as lighter stripes interlock in front of darker or chequerboard patterns to create foreground and background. 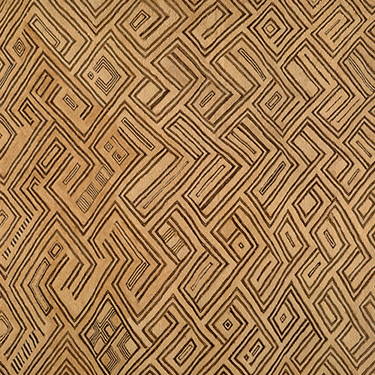 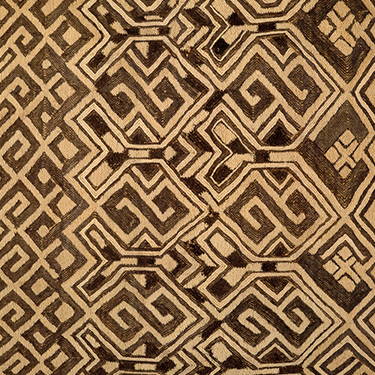 The shapes are highly abstracted, but it's interesting to consider the context of these ceremonial fabrics. Worn during ritual ceremonies, it has been suggested that their kinetic energy relates to the knives and arrows that played a part in the dances, establishing a choreographed, visual relationship between garment and weapon. Enacting the rout, capture and defeat of a mythic enemy in the guise of a leopard or eagle, the dynamic motion of the textile, dancer and weapon would have created a mesmeric effect.

The art of the Kuba Kingdom became known to Europeans at the turn of the 19th-century and captured the imagination of many artists and designers. The use of geometric forms to create space, and the prevalent rich golden colour, recalls the paintings of Gustav Klimt, while the instinctive sense for the potential of abstract forms often prompts comparison with the cut-outs of Henri Matisse.

Looking for new sources of inspiration, Kuba textiles caught the eye of English critic and artist Roger Fry. A member of the Bloomsbury group, he established Omega Workshops, which ran from 1913-1920 in London and produced a new design vocabulary far ahead of its time. Despite the regularity seen in a 1913 jacquard woven furnishing fabric designed by Fry, there are echoes of a possible Kuba inspiration in its flowing geometry. 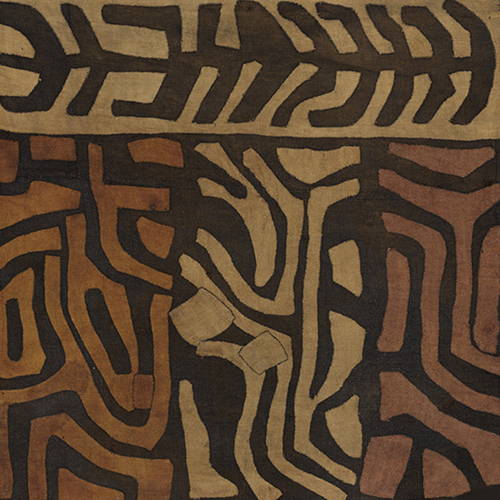