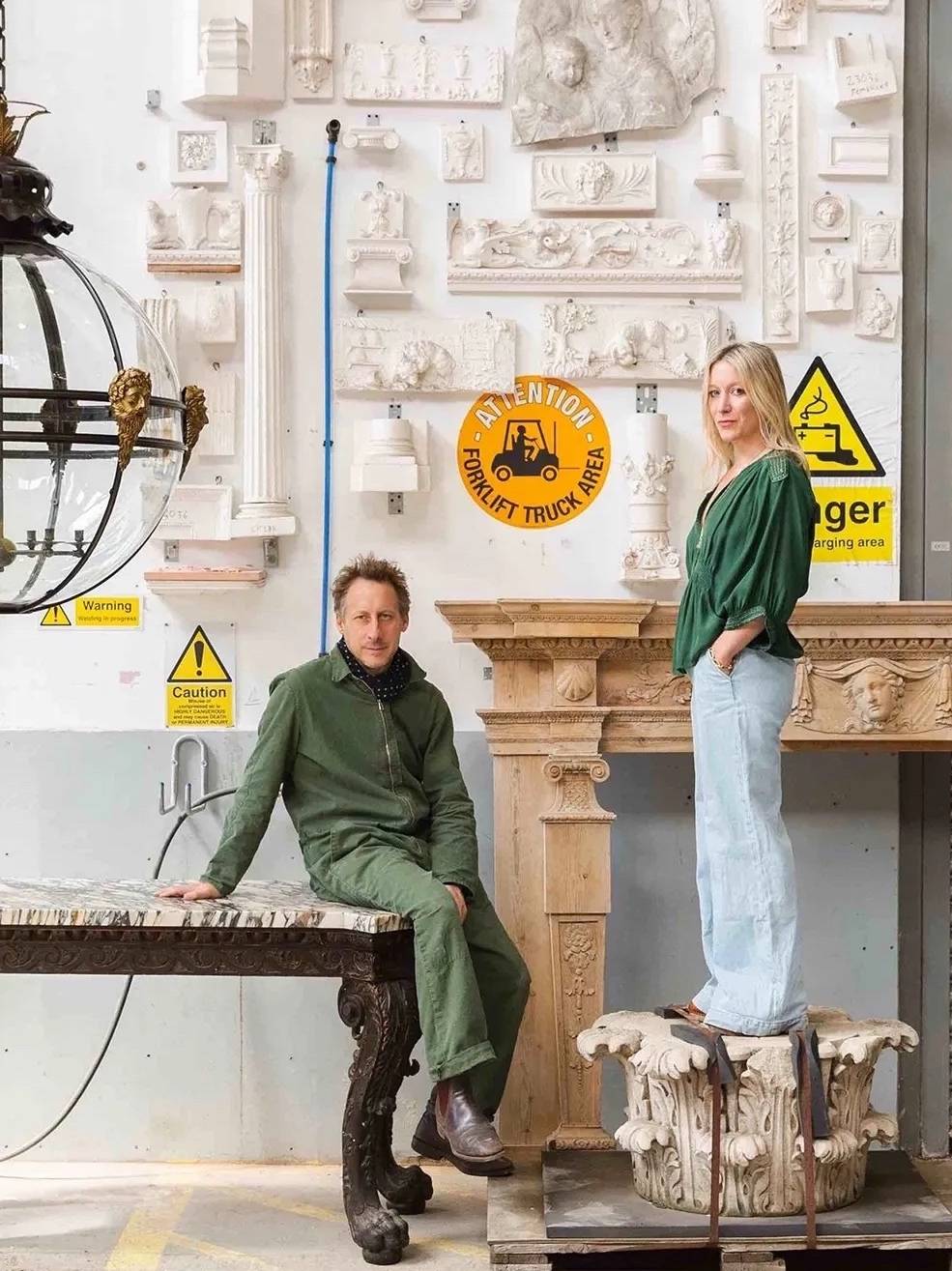 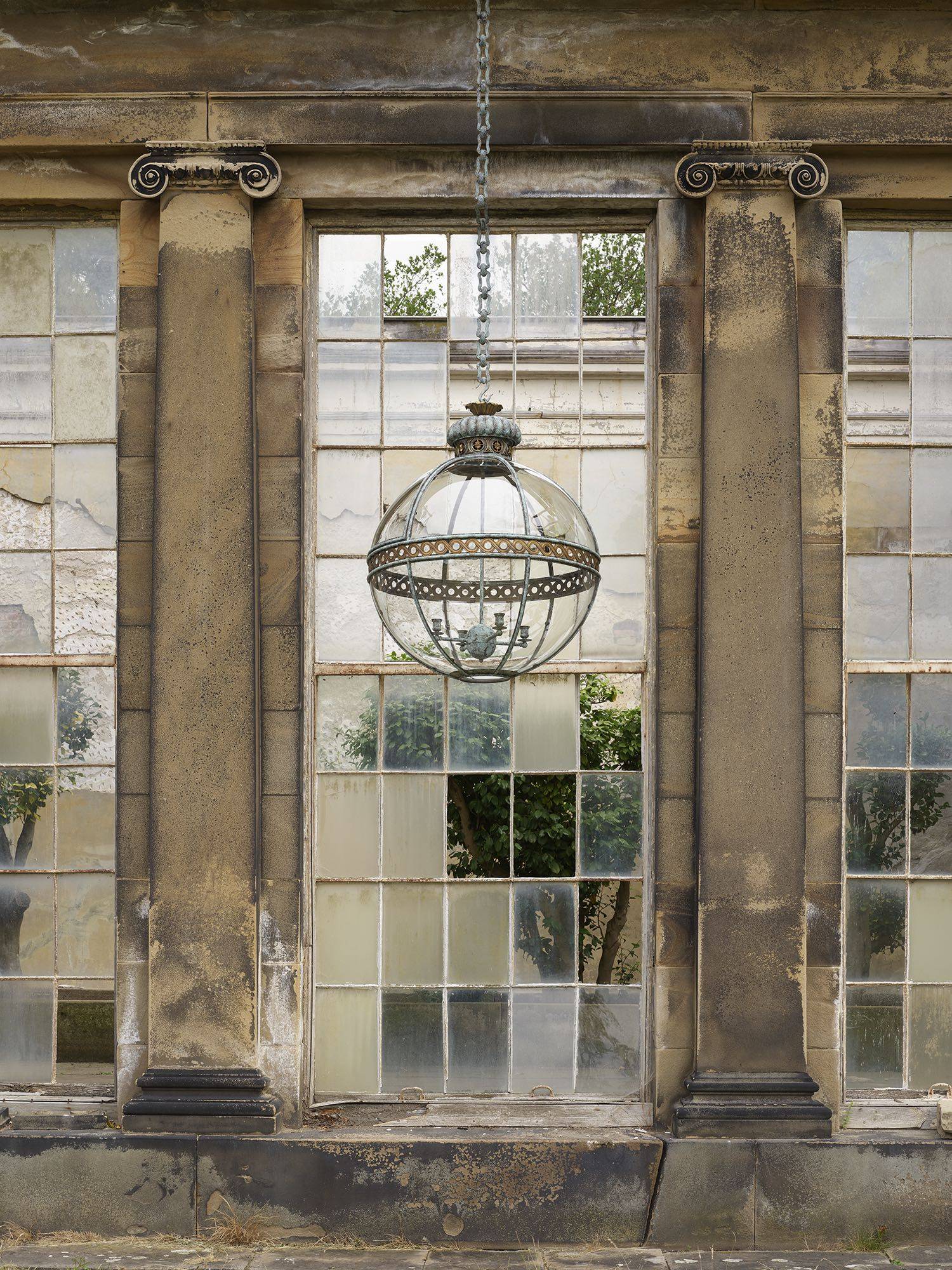 British antique dealer, Will Fisher, established Jamb more than 20 years ago, cementing over the decades a stellar reputation for dealing in fine antiques and producing fine reproduction antiques, particularly fireplaces and lighting. With his partner in life and business, Charlotte Freemantle, Will continues to run the Pimlico Road-based company and build his collection of rare antique fireplaces. This Fall, the pair will launch their Grand Collection, a highly curated selection of objects that reflect and celebrate the inimitable Jamb aesthetic. Will Fisher sits down with Cabana to talk career-defining moments, teenage regrets and guilty pleasures.

The most memorable trip I've taken:

With my mother in 2001; she had been diagnosed with breast cancer and we were all reeling with shock. After her gruelling and protracted treatment I invited her on a buying trip to Argentina. We had been assured that the streets were paved with gold and we would find our riches! This was sadly not the case, but by God did we laugh together! I remember one evening in the hotel room we shared, we laughed so much that we couldn’t even get up from the floor.

The best party I've ever been to:

My 40th; Charlotte arranged it secretly. We had only been together a year and yet she assembled my entire life in one room. We went to her sister's farm and I truly believed it was just a tiny family affair. As a distraction, I was taken out for the day to look at koi carp and was perfectly happy. On returning I was brought into the barn were 150 people yelled surprise including my best friend and mentor, Nay Menozzi, who had flown in from Italy. It took me two hours to stop shaking and ended up being on of those evenings we still talk about today! 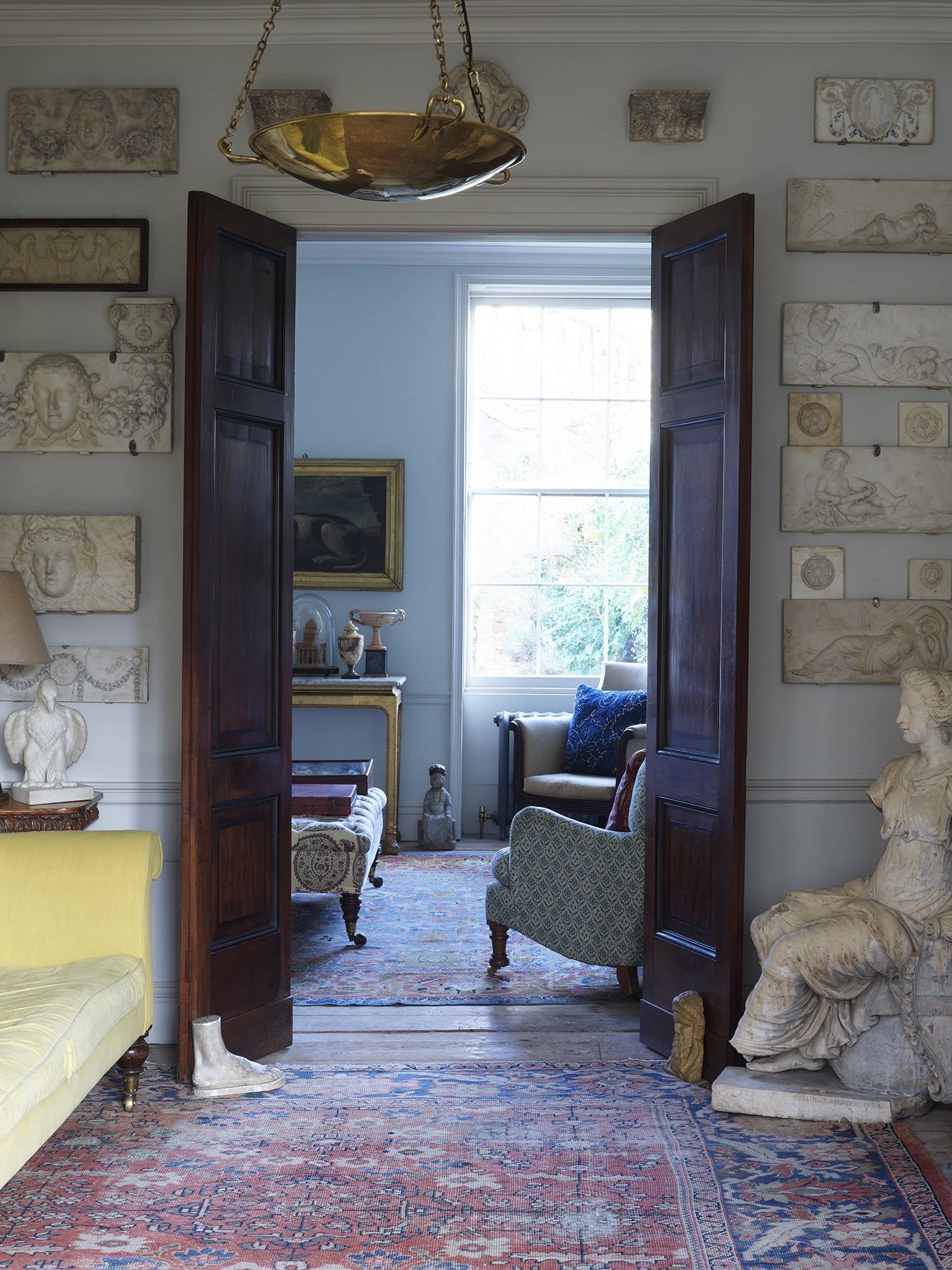 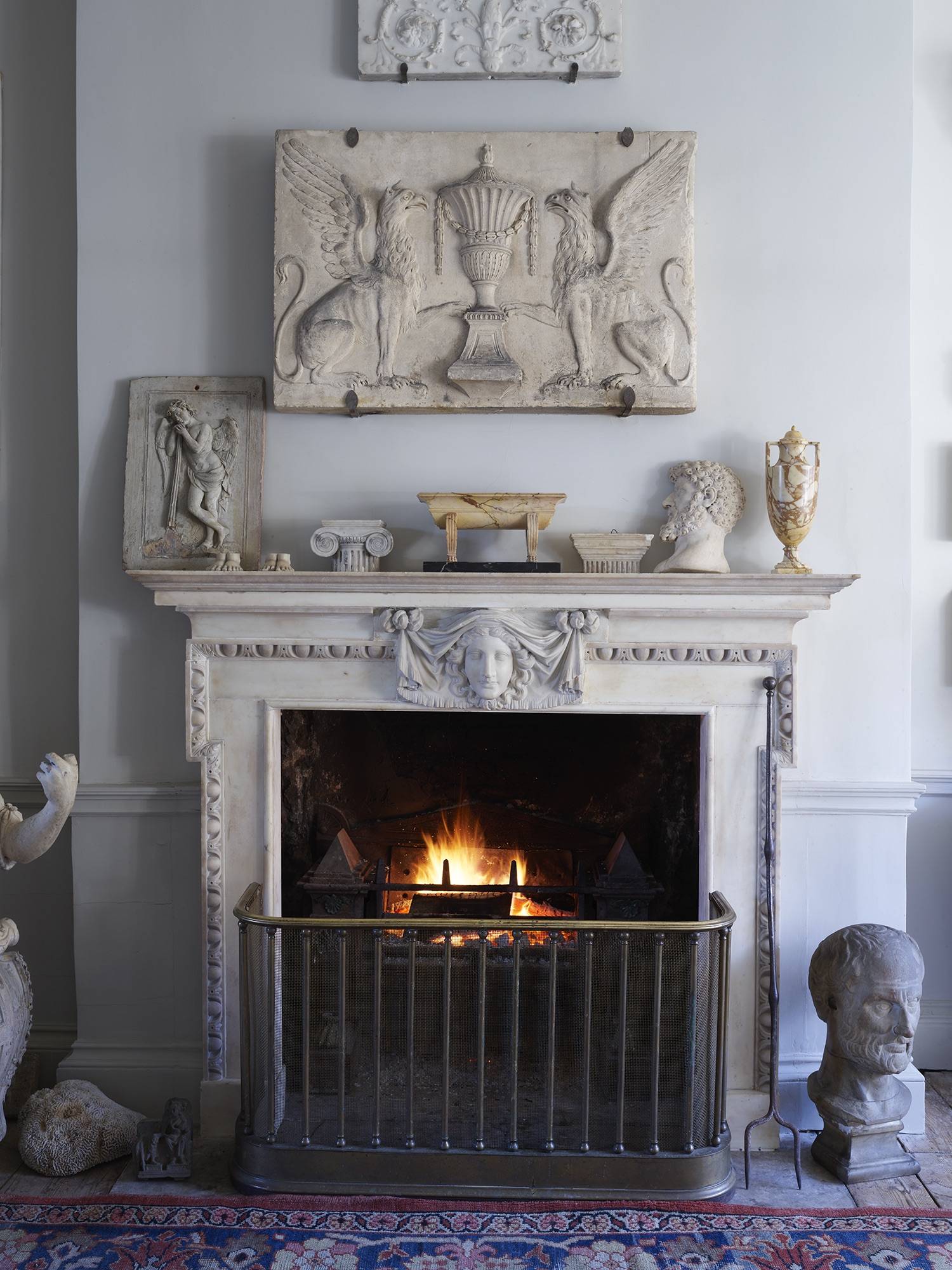 A moment that defined or changed my career:

Meeting Warner Dailey, for sure. I was eight years old when Sam Arrowsmith joined my primary school. Not only have we remained firm friends but his step father became probably the single largest influence on me outside of anyone in my family. He was an incredible man and antique dealer, whose passion, knowledge and joy of our business shaped my life.

My greatest challenge was overcoming the effects of too much LSD in my teens. It’s a mistake I am desperate for my children not to replicate.

I suppose it has to be creating Jamb with my wife and the incredible team we work with. As a young boy immersed in the intoxicating world of Warner Dailey, I could never have dreamt the journey it would take me on.

My Father was an artist and lecturer, and my mother a Headmistress so we had all bases covered! Sadly none of us (three brothers) reached the academic acclaim my mother would have liked, having come from a background where her father had been forced to leave school at 14 because his family couldn’t afford the uniform. I tell people I have a BA Honours 1/3 because I got thrown out after the first year! Born in the late 60s and raised through that era was great fun, I loved family life especially holidays that were super long as both my parents were teachers. We didn’t live extravagantly, which has really instilled in me the value of things. 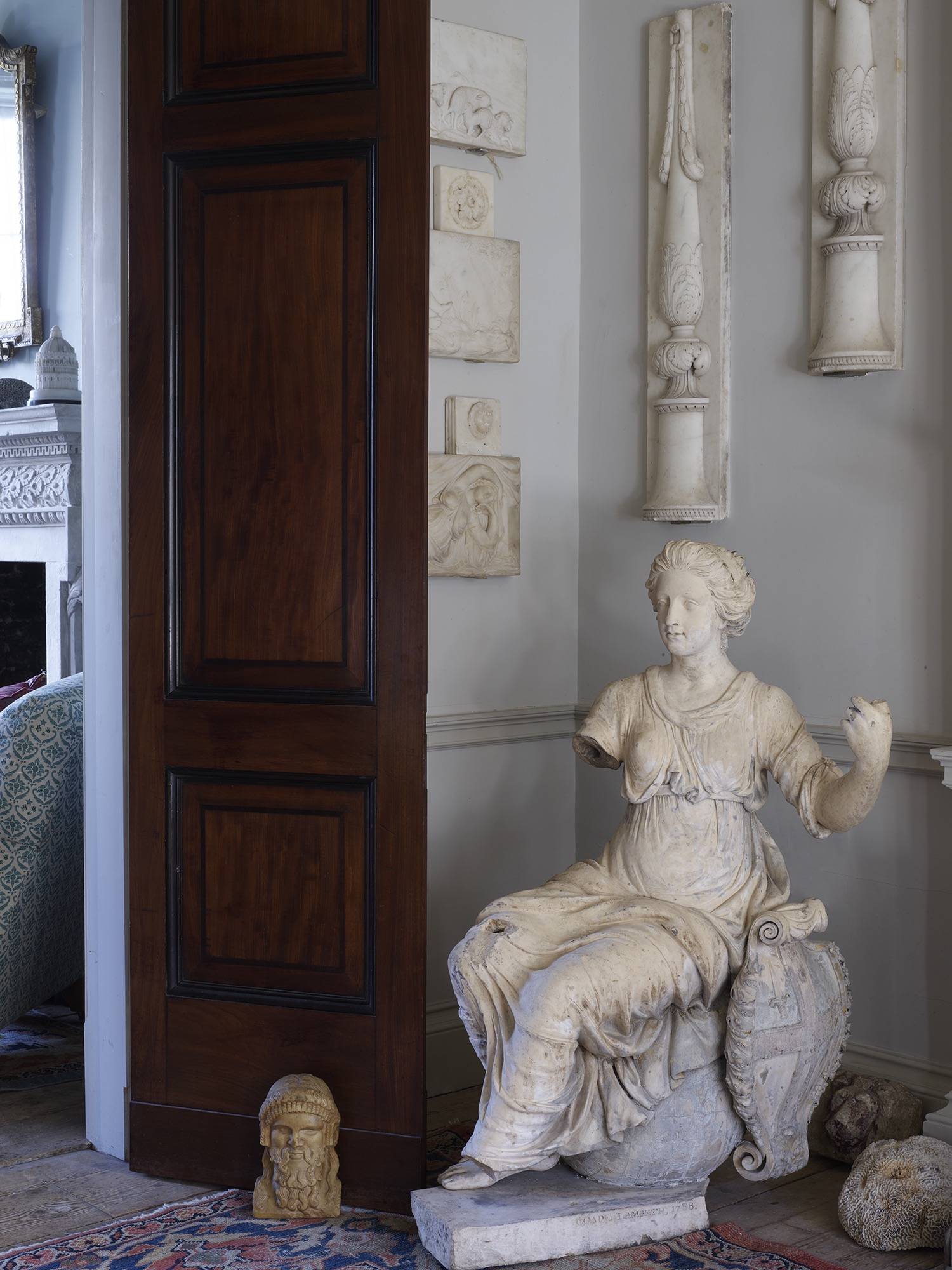 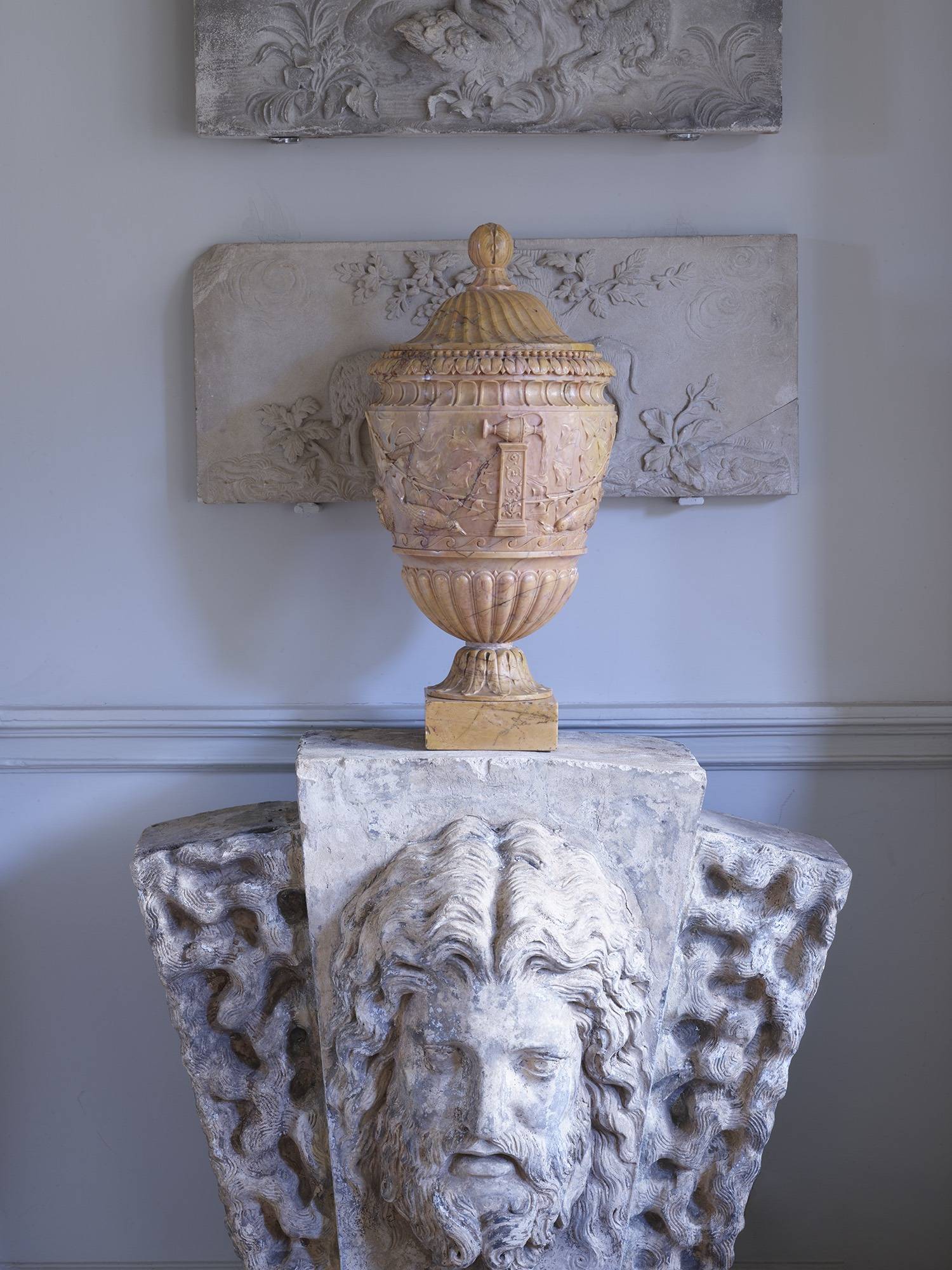 An object I would never part with:

When Monty, our son, was three years old he got hospitalised with meningitis. We spent a month in hospital living in a tiny room together. During that rollercoaster I would sit by his bed when he was sleeping and attempt to work, searching the internet for antiques to buy. In that time I bought a marble bust of Chrysippus, a Greek stoic philosopher, that has become the embodiment of Monty’s bravery in that dark time.


The best gift I’ve ever received:

Charlotte got so fed up of me being unable to remember either her birthday or the kids', that she  commissioned a gold pendant from the jeweler, Ming, with the whole family's dates of birth! Regrettably, for her, she designed it with Roman numerals so small that I can’t see them and still have to ask her.

My guiltiest pleasure or greatest extravagance:

Compulsive antique purchases, we are overrun.

My next weekend away destination:

We are off to Rome next weekend. It’s our default destination when we need inspiration or are out of sorts. We both have endless energy for museums, punctuated by heavenly food, and Rome is unbeatable on both counts. My greatest joy is to be with Charlotte; her company combined  with the sensory overload of Rome is unbeatable. 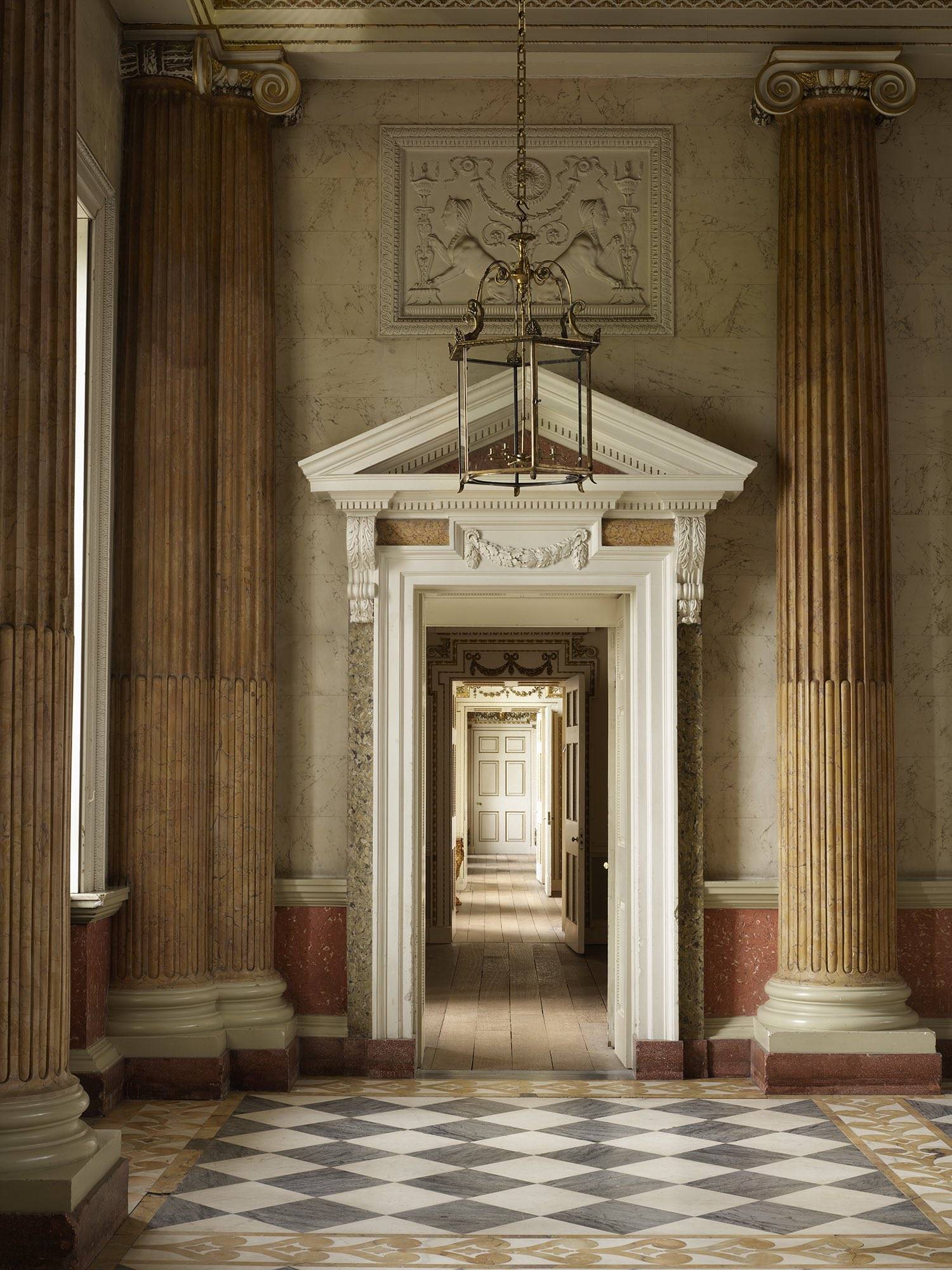 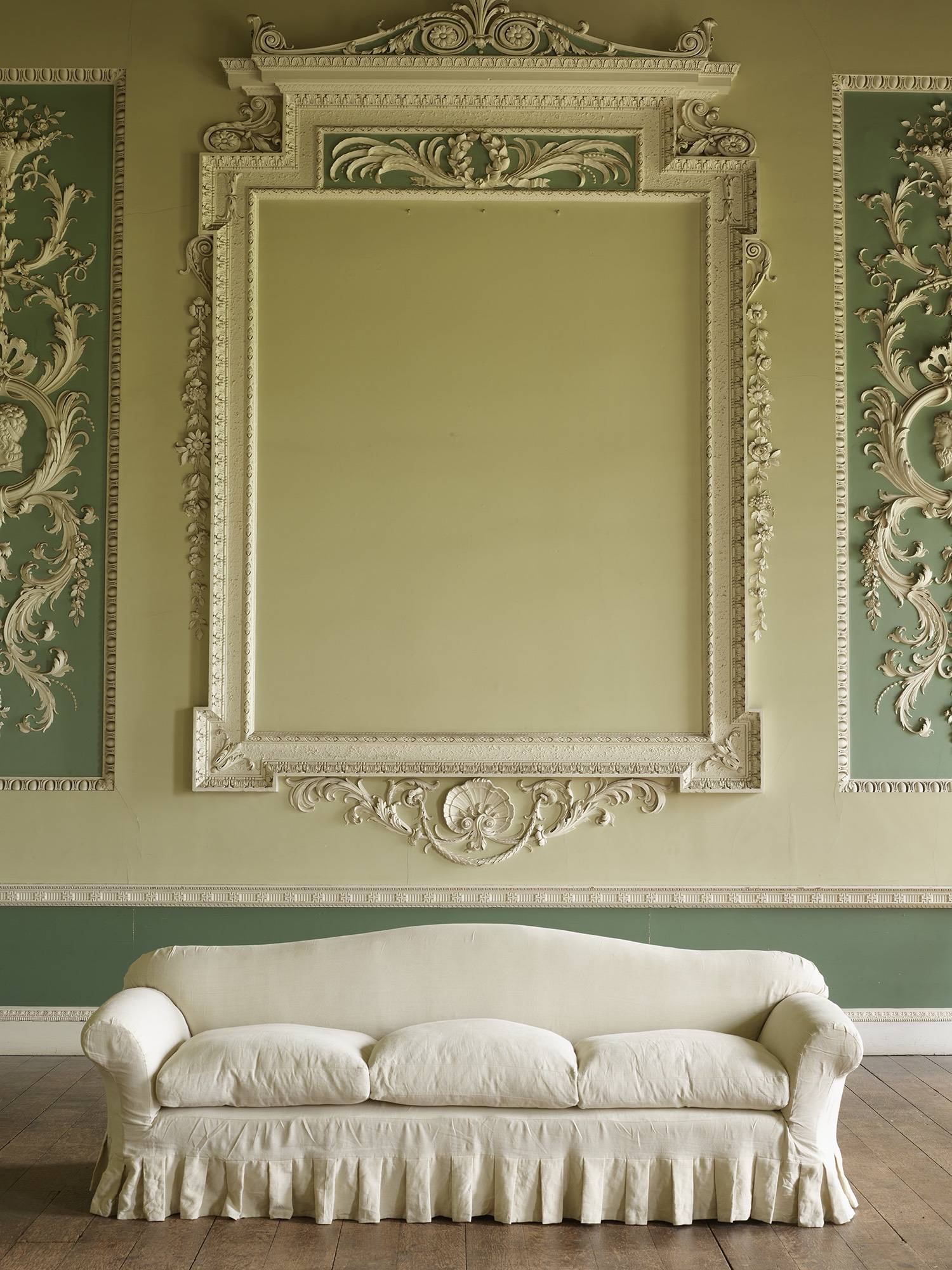 Without doubt, Newark Antique Fair. I used to go religiously and ADORED it. There is as much joy in the smaller things as the large trophy purchases. Many years ago I drove the first new car I'd owned to the show ground. On arrival, an 11-year-old Traveller child insisted he wanted to buy it off me. Despite my protestations and explaining I would struggle to walk the 120 miles home, he followed me for an hour trying to do the deal. Newark fair was a great melting pot, people arriving from across the country with cars and vans loaded to the gunnels with wares.

My new school uniform is without doubt my hand-knitted Fair Isle tank tops by Hambro & Miller. I love wearing them, I’m barely out of one.

Moroccan chicken from Nigel Slater’s 30 minute cook book. Although my brother still teases me that it once took me two hours to make it for a dinner party. 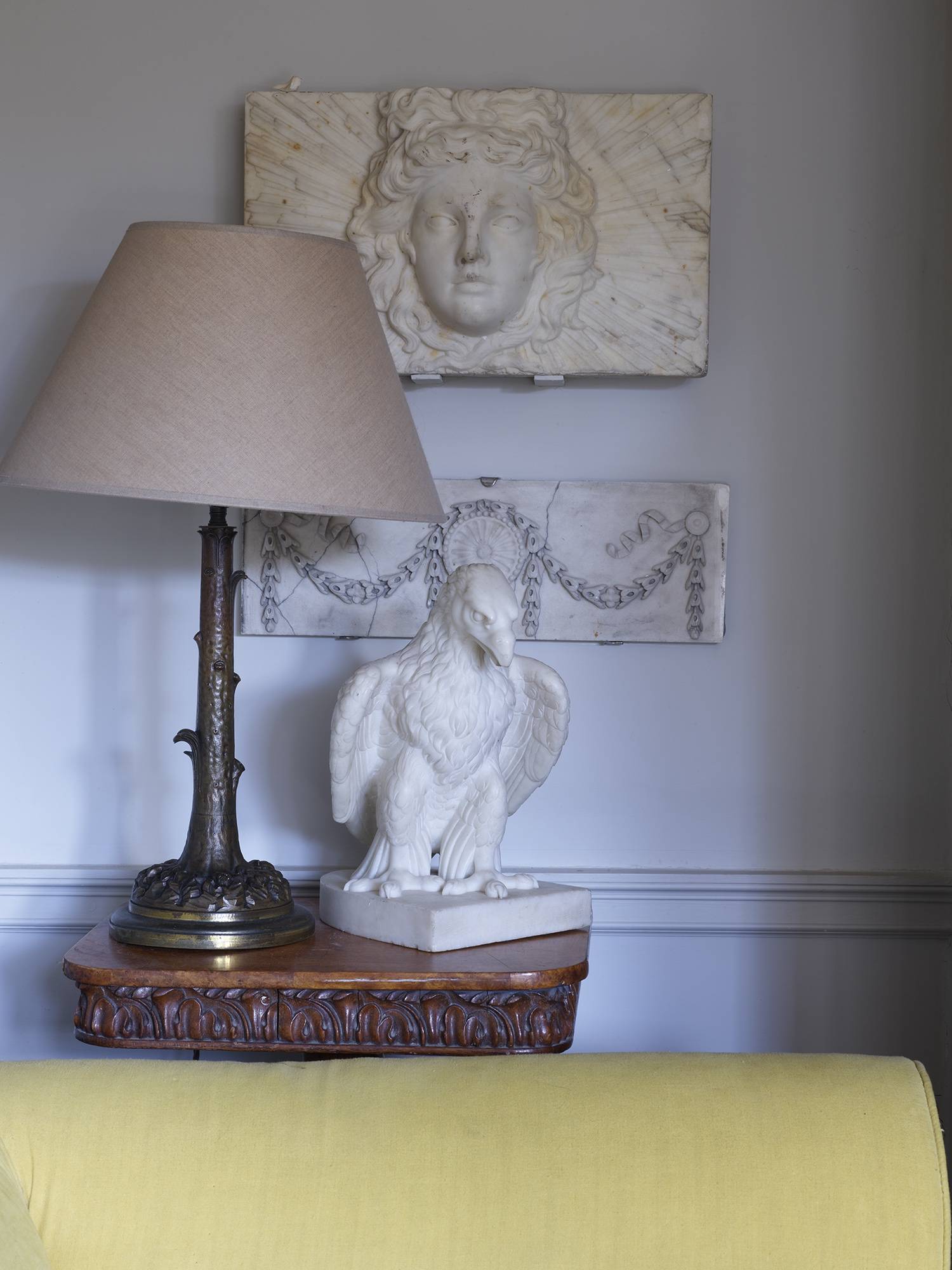 We represent Michael S Smith’s collection of Jasper fabrics in our showroom. If I had to pick one it would be Indian Flower, it’s so soft and beautiful, almost iconic.

Jasper Conran gave me some of the most insightful and illuminating advice l have ever been given over a recent dinner together - I think I might move to him!

I’ve suffered a tragic loss of my good time person, Nay Menozzi. He was friend, mentor and father to me. Nothing could beat an evening in his company, you never knew where he or events would take you. He was unpredictable, irreverent and irrepressible. In a restaurant nobody was safe for several tables around. I miss him dearly. 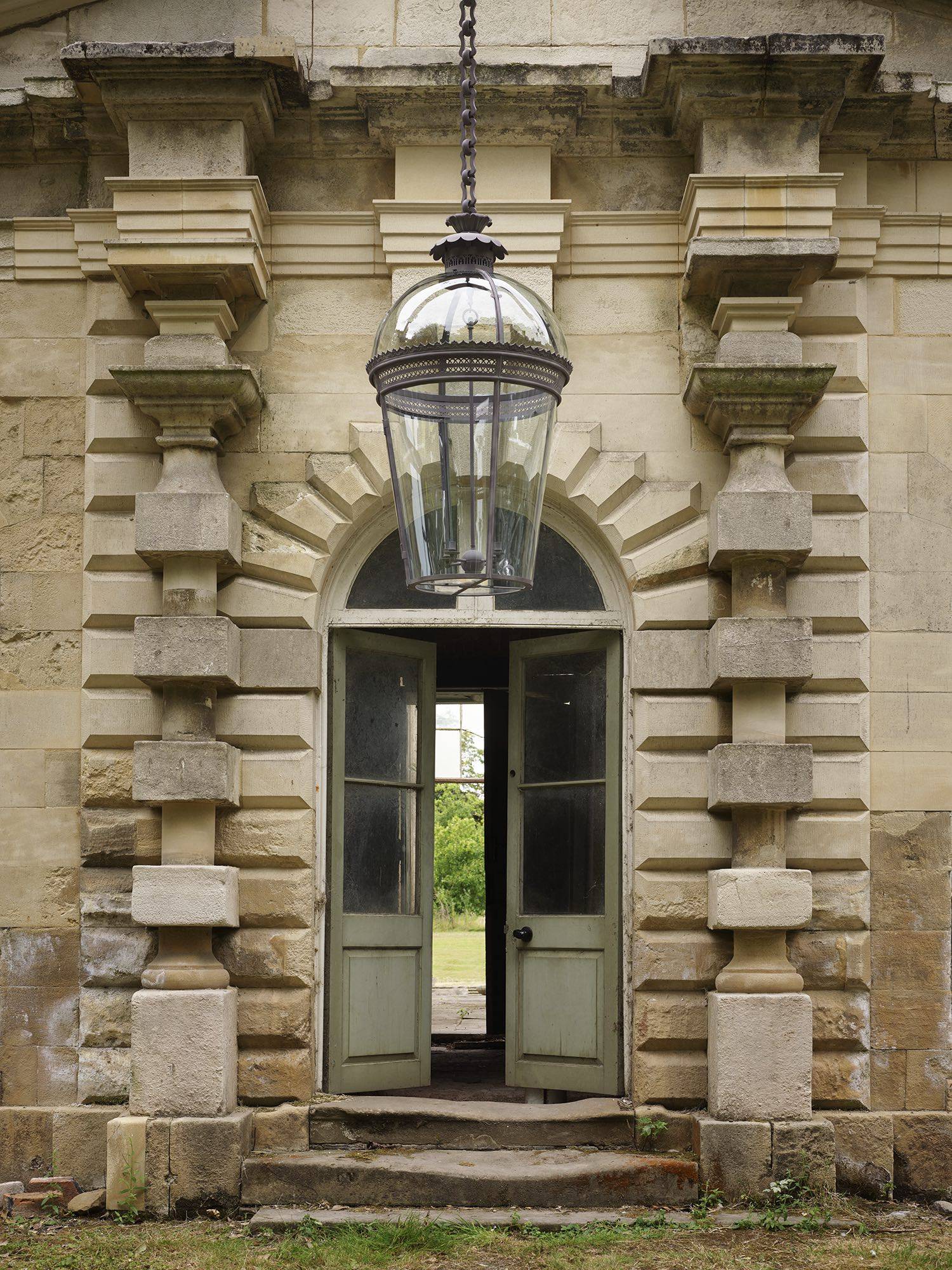 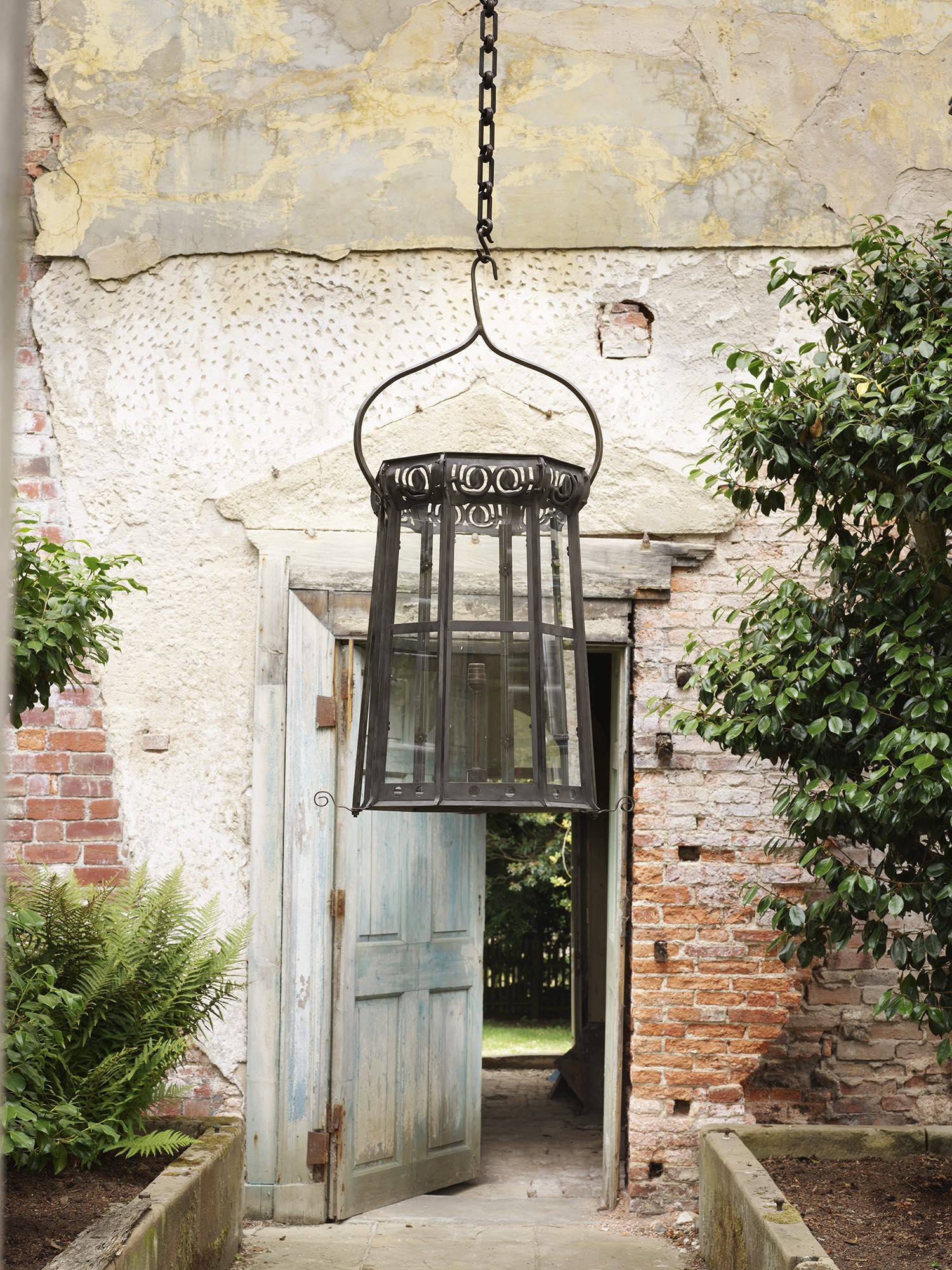 For me, the English country house aesthetic: worn, soft, sleepy rooms with layered objects and artefacts built over generations. What’s not to like!

Plastic windows and plastic shop signs all break my heart.

A new artist or designer that excites you:

It’s not my world to be honest, although the enemy is poor design, not modernism. I am certainly not a Luddite.

An artwork or exhibition that took my breath away:

Super tough, but I think a memory that sticks with me for impact was the Francis Bacon show at the Royal Academy. The emotional impact was huge, I almost felt shattered. However, my default favorites are the Vatican and Capitoline in Rome. You could seal the door behind me.

One city: Rome and New York, impossible to decide.

One artwork: The Boxer at Rest, Rome.

One song: Biggy Smalls, Got a Story to Tell.

One word to describe your style: Tired

One word to describe Cabana: Sumptuous