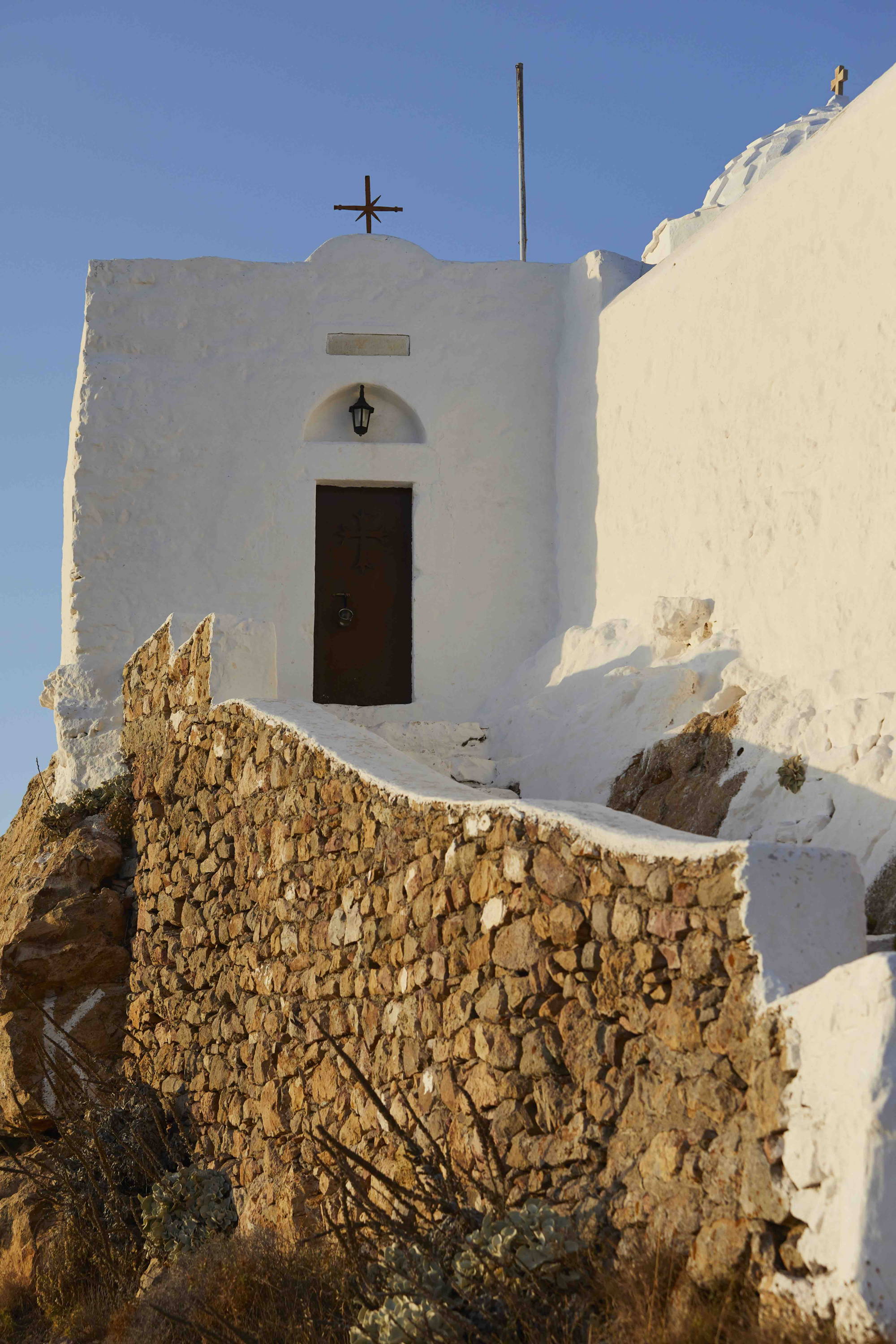 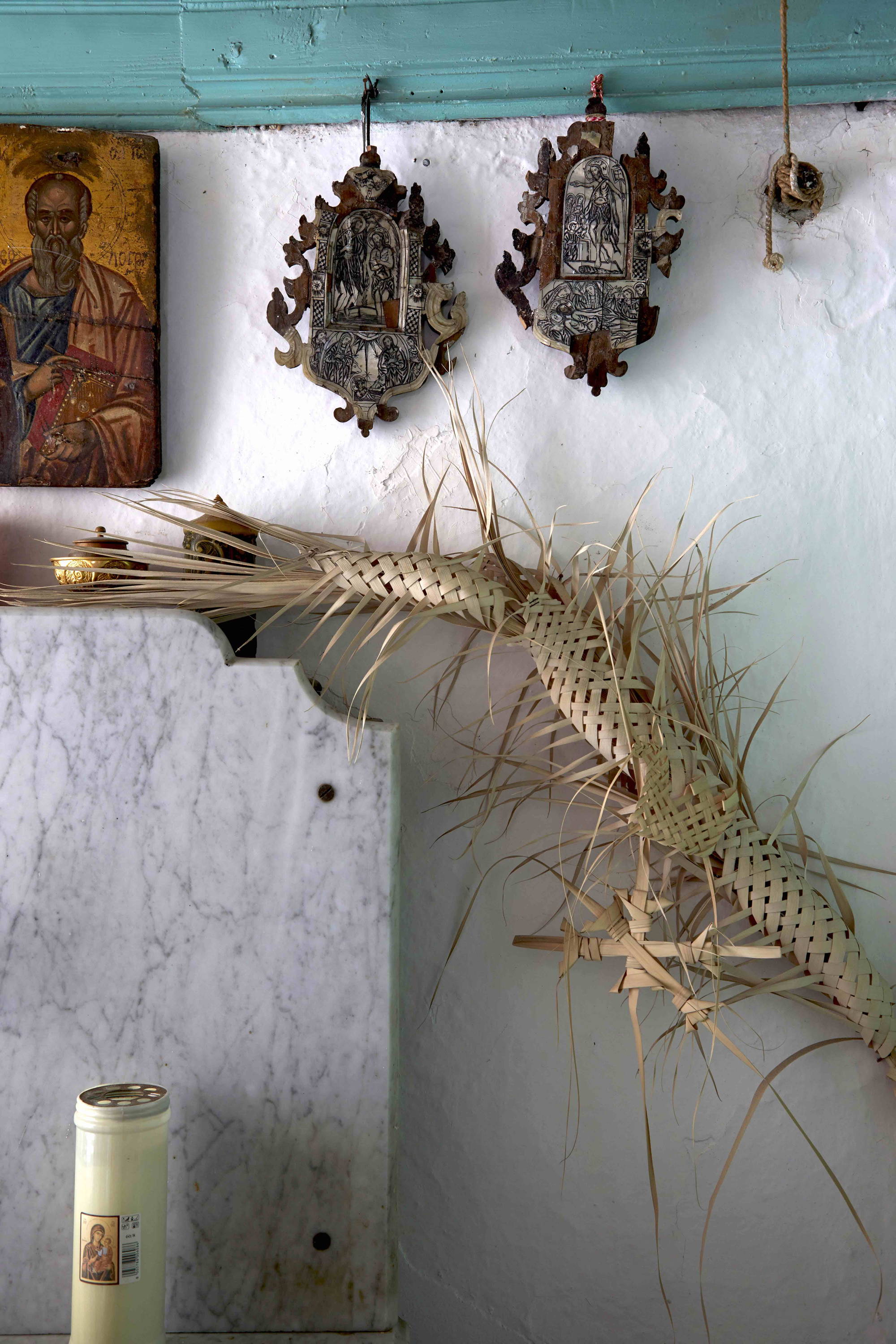 Writer and collector Charlotte di Carcaci describes the inexorable pull of the Greek island of Patmos.

Patmos is my place. It is a memory-map of my last 30 summers and the Eden that our family comes back to year after year. During the interminable winter exiles I long for it as if it were an absent lover, but even during those dim, lightless days a part of it is always with me, a memory of the past and a promise of the future. 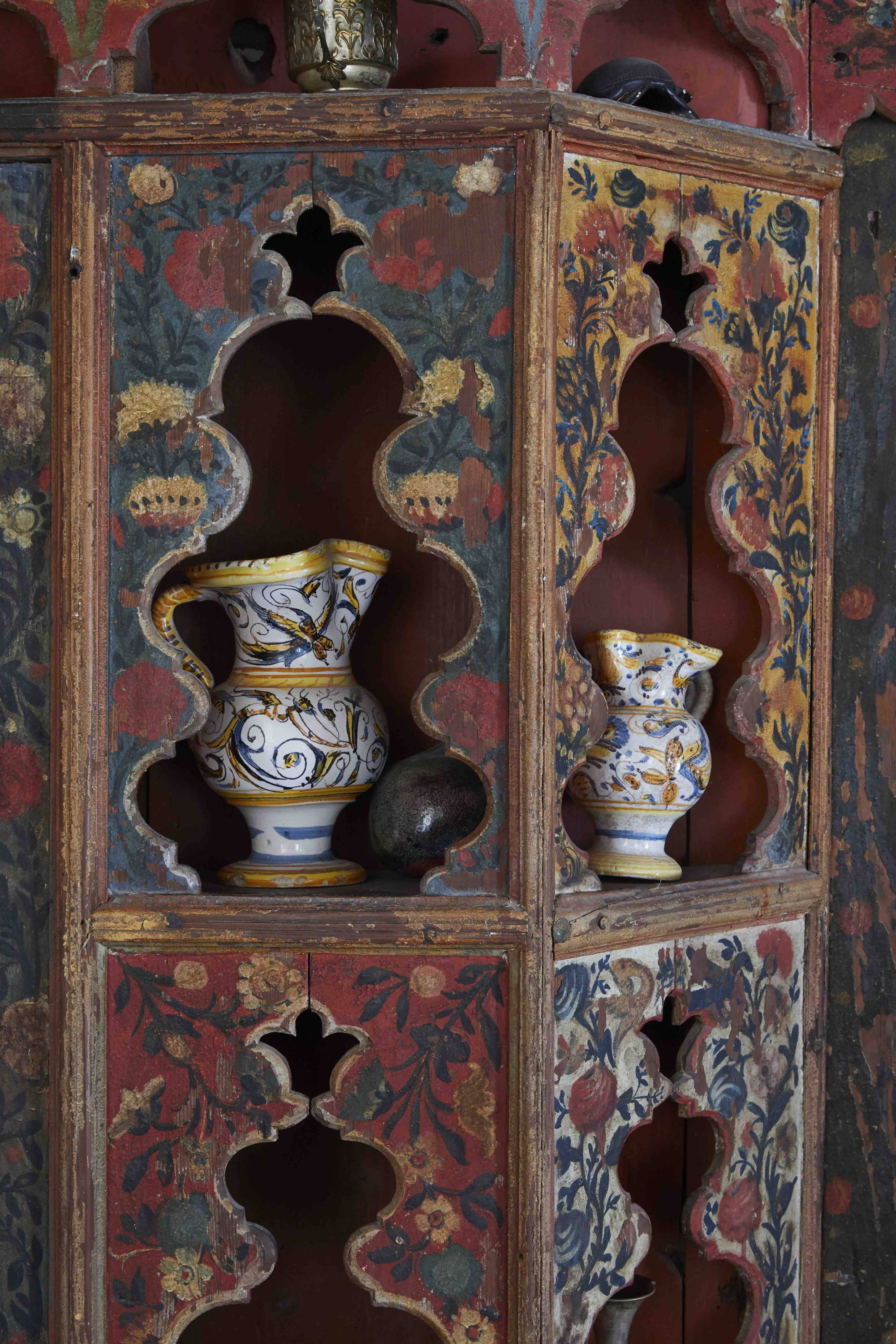 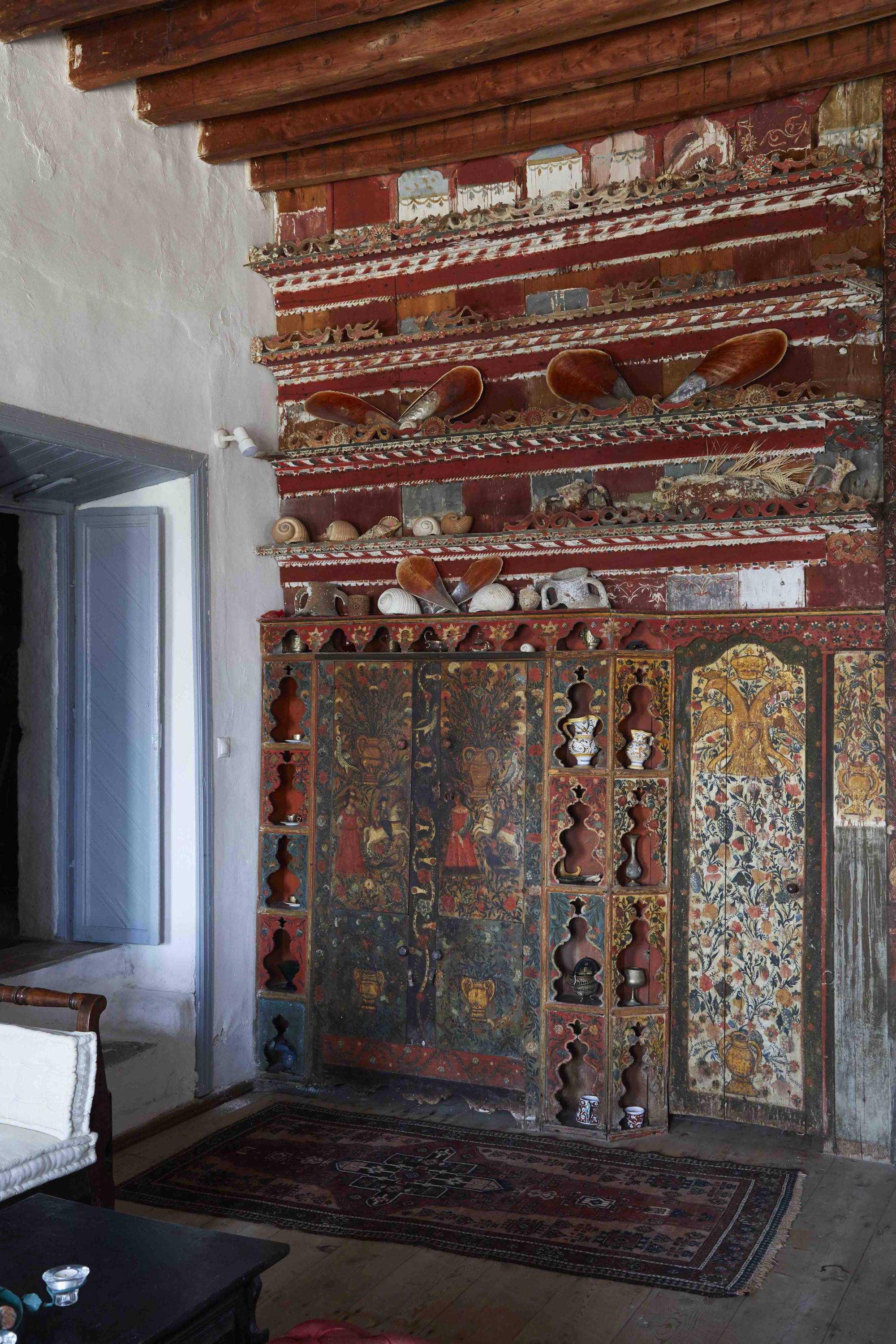 Patmos is a small island in the Dodecanese. Its history is varied and fascinating. It was first spoken of in ancient myth: the Moon Goddess Selene had cast her light upon a sunken island and urged Artemis to ask her father, Zeus, to raise it from the depths of the Aegean. He agreed and the island rose from the sea to become verdant and settled. There is little mention of Patmos in the Classical period, but it gained importance when it was visited by St. John the Apostle and it became an important site of early Christianity. Since then it has been occupied by the Ottomans, the Venetians and the Russians, and more recently the Italians and the Nazis before gaining its autonomy at the end of WWII and joining an independent Greece shortly afterwards.

The hilltop Chora is an avalanche of whitewash, a whiteness that is suspended between the blue of the sea and the blue of the sky. It is crowned by the castellations of the 11th-century monastery of St. John the Theologian who received his hallucinogenic revelations in a cave a little further down the hill. Some of the houses that skirt the monastery exude a de Chirico-esque oddness, others are as simple as a child’s drawing. 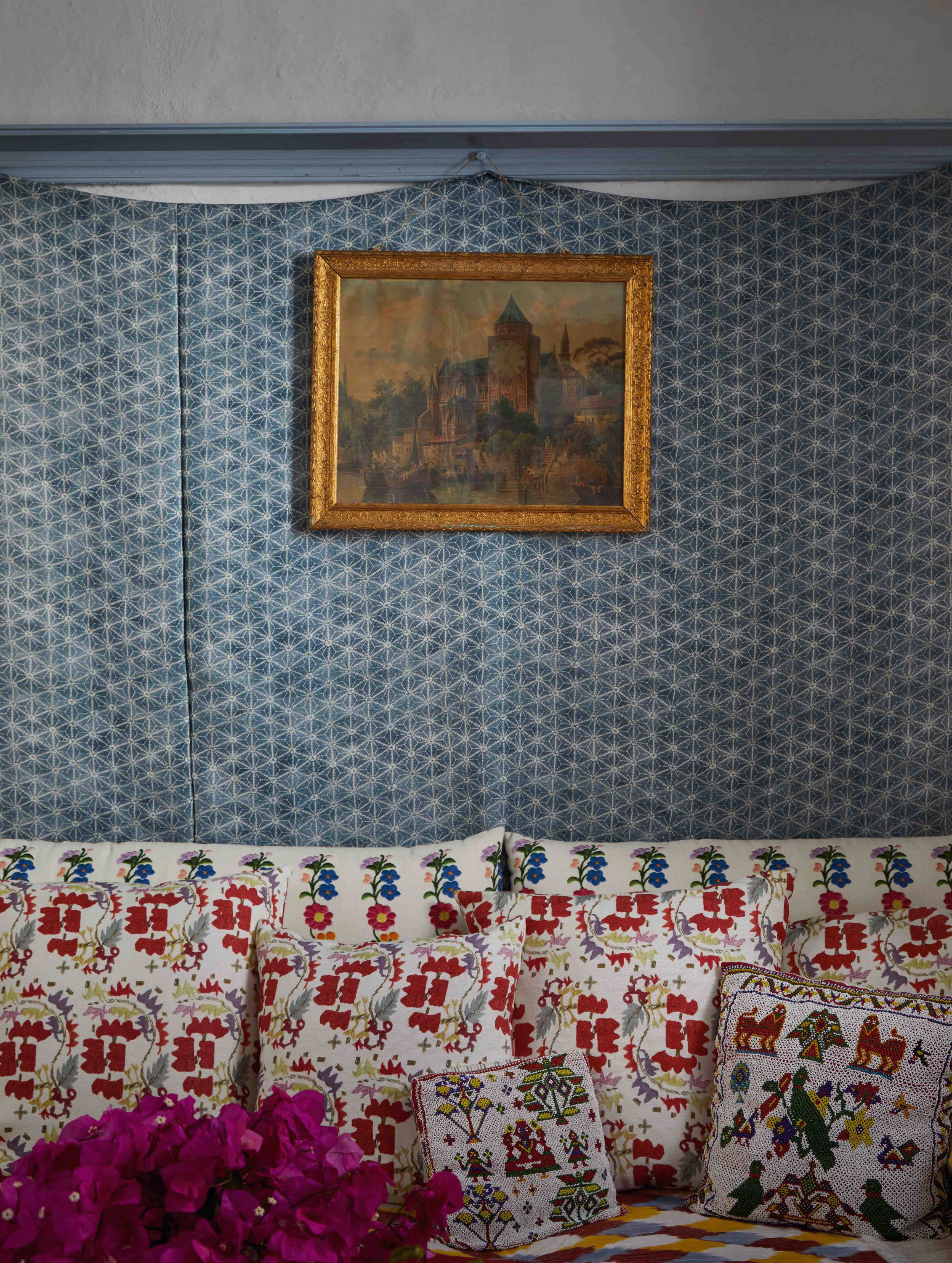 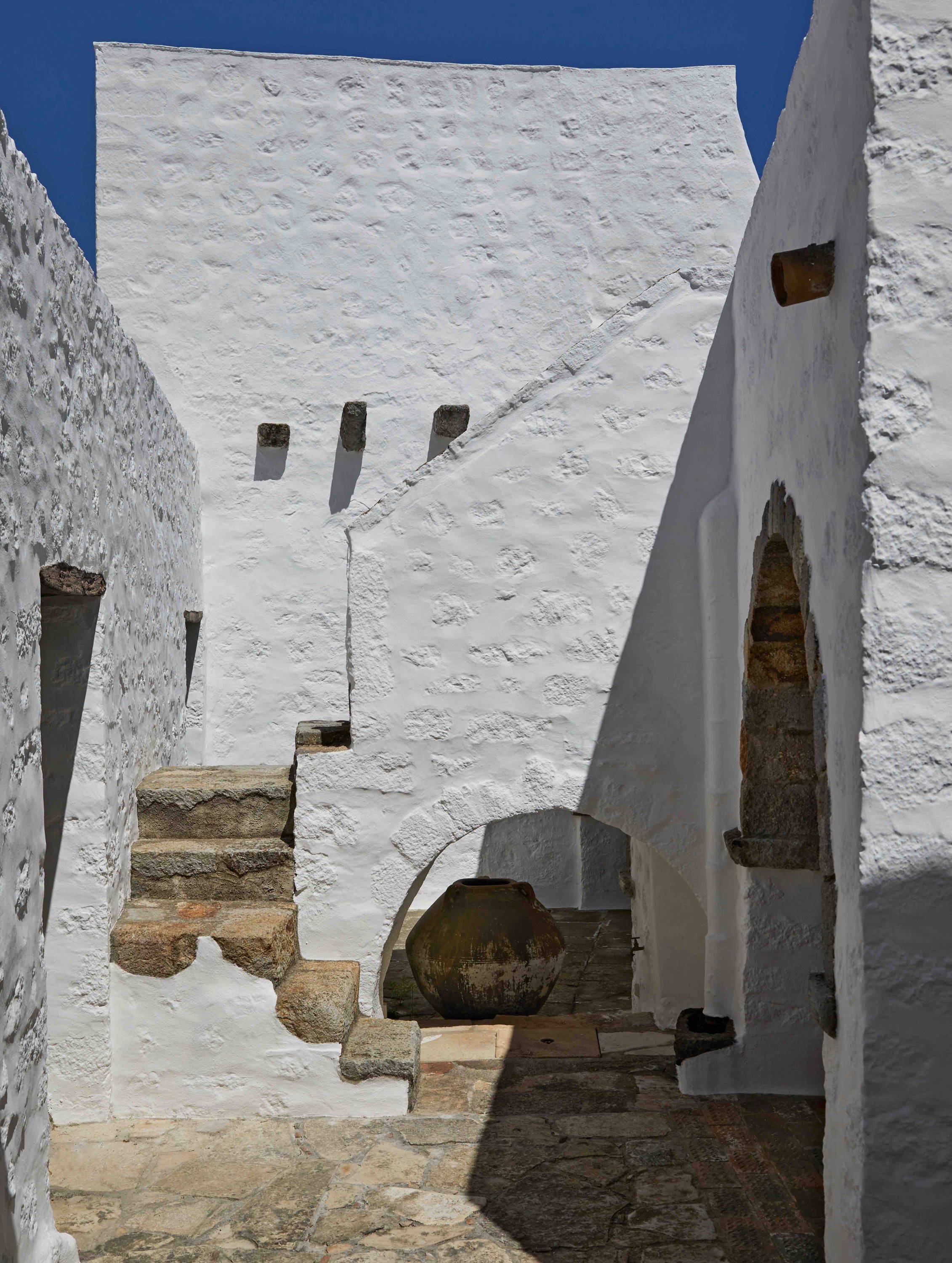 As someone who was brought up to admire sumptuous ornamentation - the flourishes of rococo: the gilded curve, the sensual shell-like whorl - Chora’s verticals and horizontals, its snowy abstractions, the geometry of shadows that play over the curdled plaster walls, were, at first, very alien to my English sensibility.

But soon, like the heroine of a Forster novel, I was awakened to a new way of being that was very different from the rain-sodden landscape of my childhood summers. I fell, as so many have before me, under the spell of the island: its savage, almost biblical terrain; thorny hills that in spring are green with aromatic herbs and tiny flowers, criss-crossed with ancient donkey paths and chapels dedicated to obscure saints that look out across the Aegean. 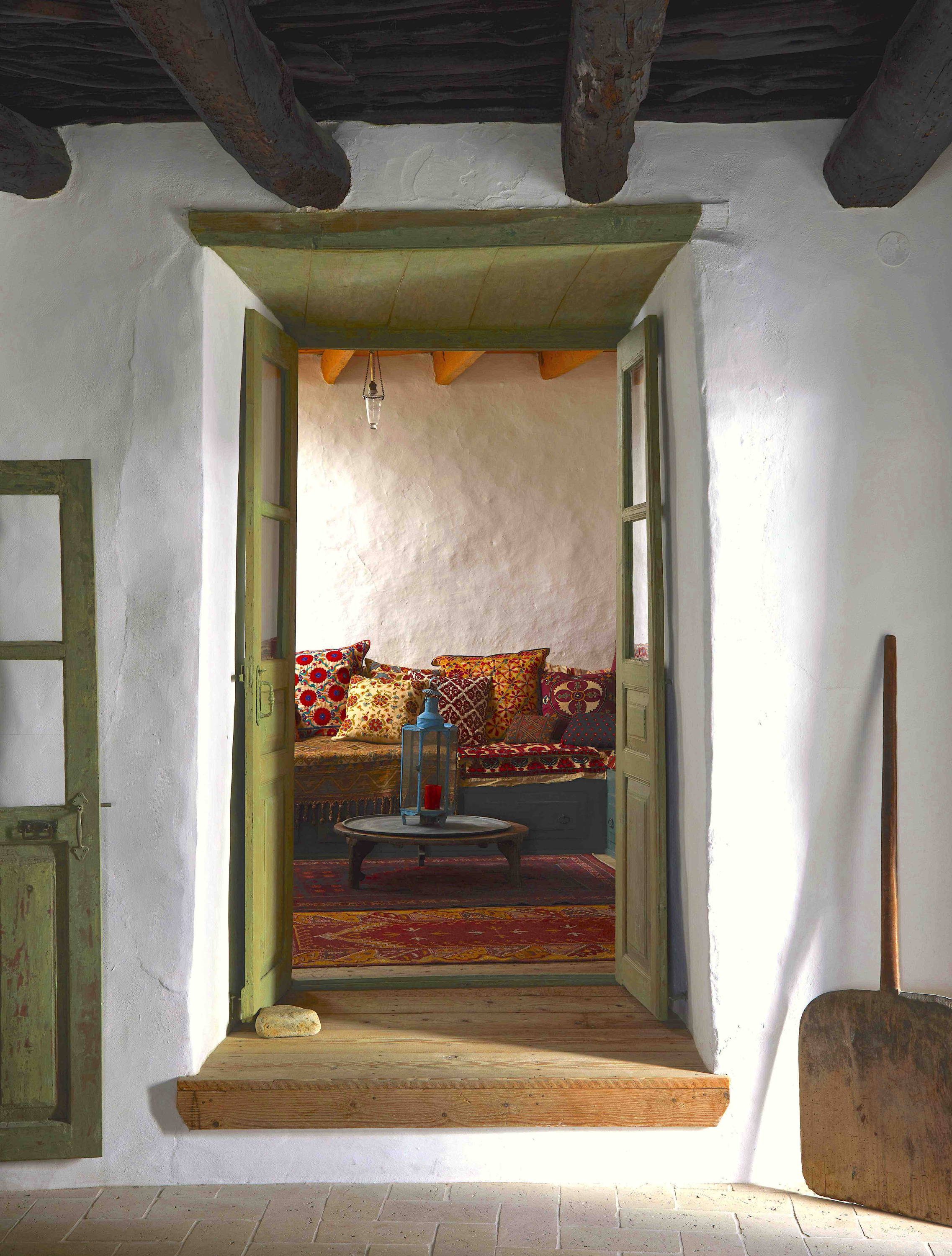 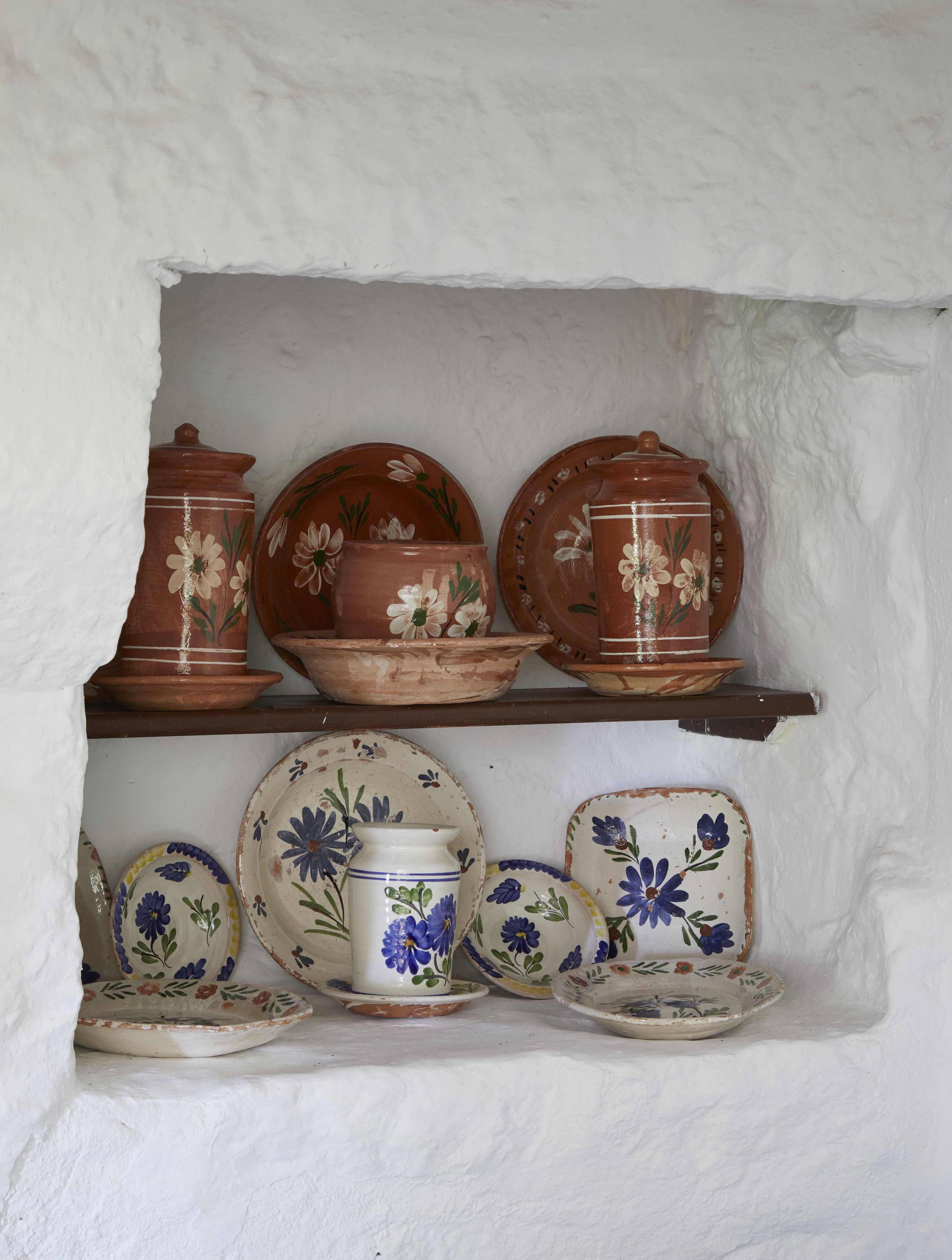 We go to the sea every day to swim in its Homeric reaches, to sink into the dark velvety water and emerge cooled and thick with salt to look afresh at our sun-hazed world through a summer blue-stained iris, or watch the rare falcons that have colonized the place hovering over the wave warped rocks. For some of us Patmos has an inexorable pull, it possesses an incorruptible Byzantine soul that no number of sleek brown holiday makers or buzzing mopeds can dispel. I want to be buried there. Charlotte di Carcaci, Cabana Issue 11.