Stay up to date with the latest Cabana news and stories. Sign Up Here. 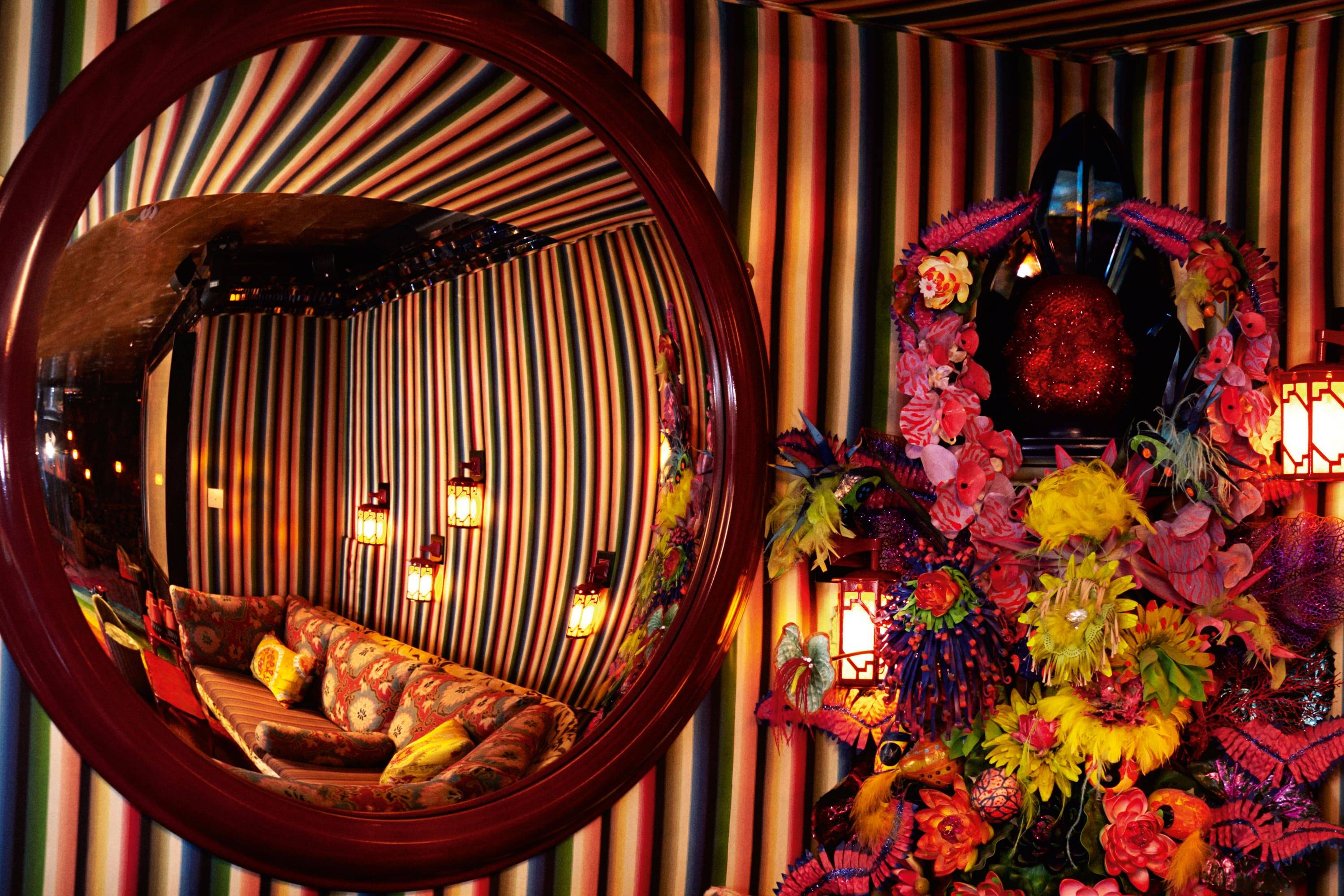 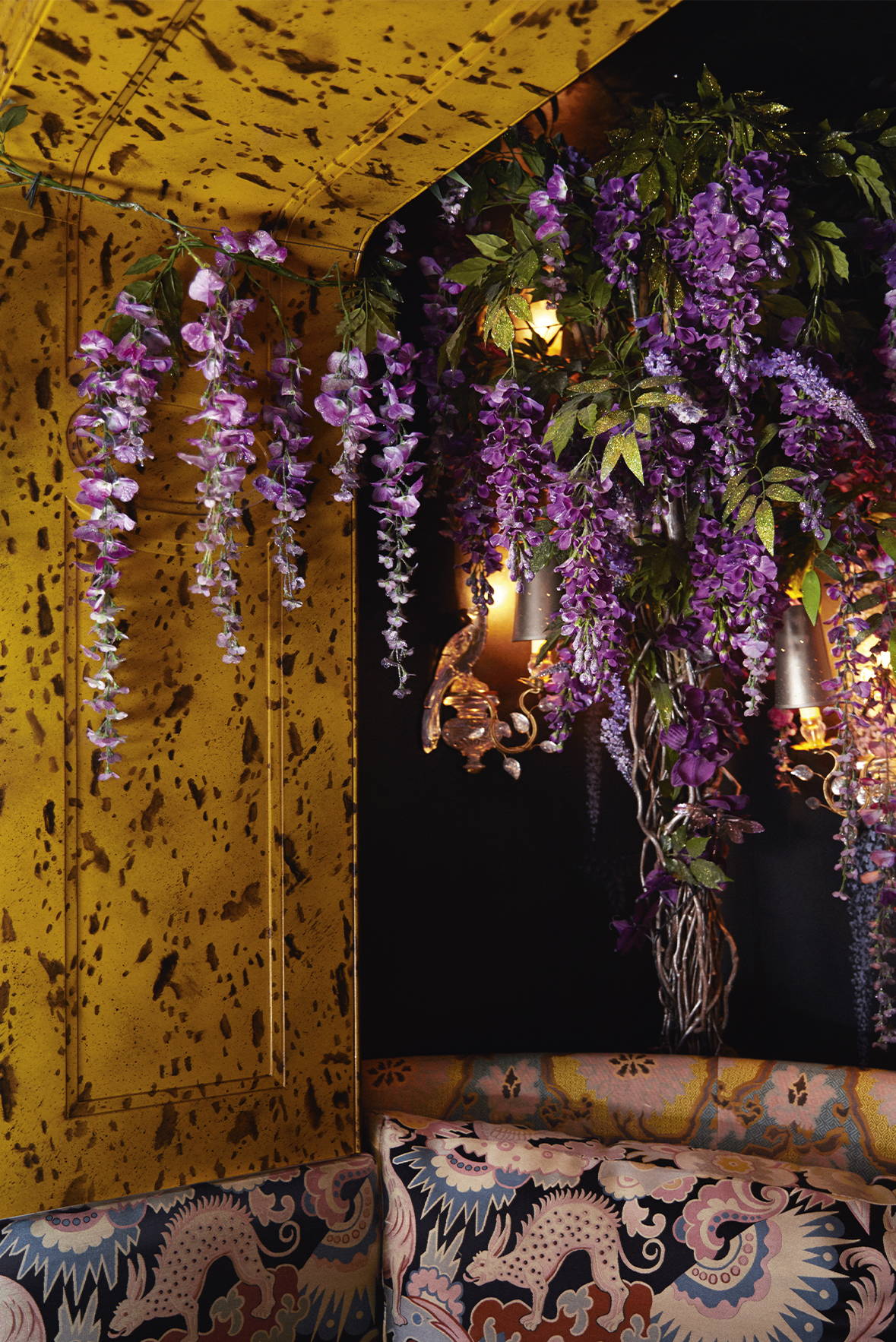 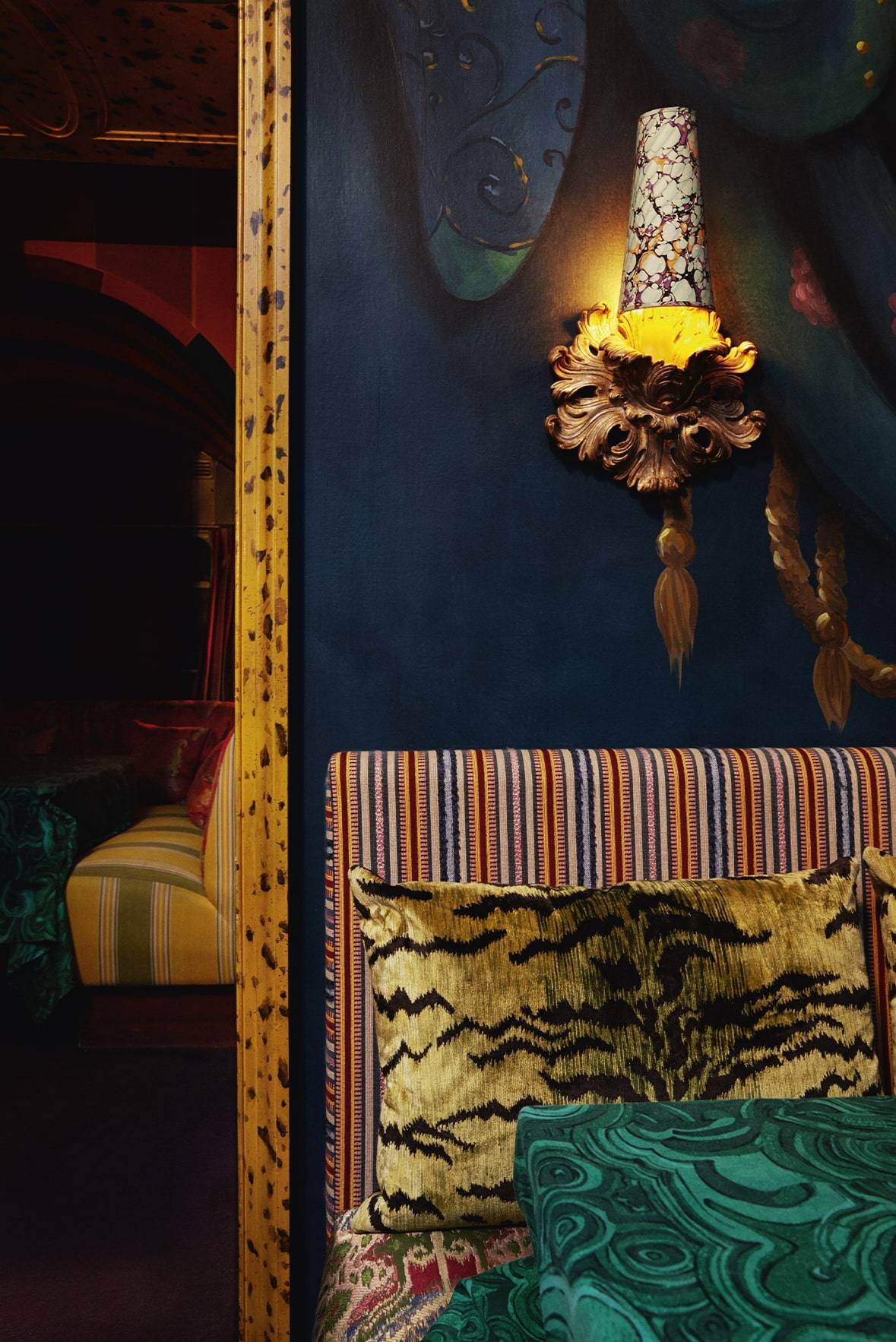 Gianluca Longo reveals the influences and inspirations behind Loulou's, the “best looking club” in London and how designer Rifat Özbek brought his myriad interests and influences together to fashion one of the most eccentric and elegant set of rooms in Mayfair.

Rifat Özbek is the mastermind behind the whimsical, colorful and eccentric decor of Loulou's, the members-only club in the heart of London’s Mayfair. He is one of those few designers who, inspired by adornment, manages to translate their eclectic vision into a practical reality, where colors, patterns and prints live harmoniously. Özbek never finished his studies in architecture. He left Istanbul and moved to London in the mid ’70s and became a fashion designer.

Then, as creative director of Monsoon, the British high street fashion chain, he spent a lot of time in India overseeing production and became totally enchanted and fascinated by the multitude of colors there. He started his own line in mid ’80s. Rifat became famous for combining the decorative symbols and shapes of diverse cultures – from American Indian, Ottoman and Mexican to Tibetan and Arabic, alongside his own Turkish cultural and architectural heritage – with the classic silhouettes of the west. His fashion was seen as the epitome of “ethnic chic”, his clothes were eclectic, colorful and unexpected, with a magisterial use of embroideries, tassels and vivid colors. 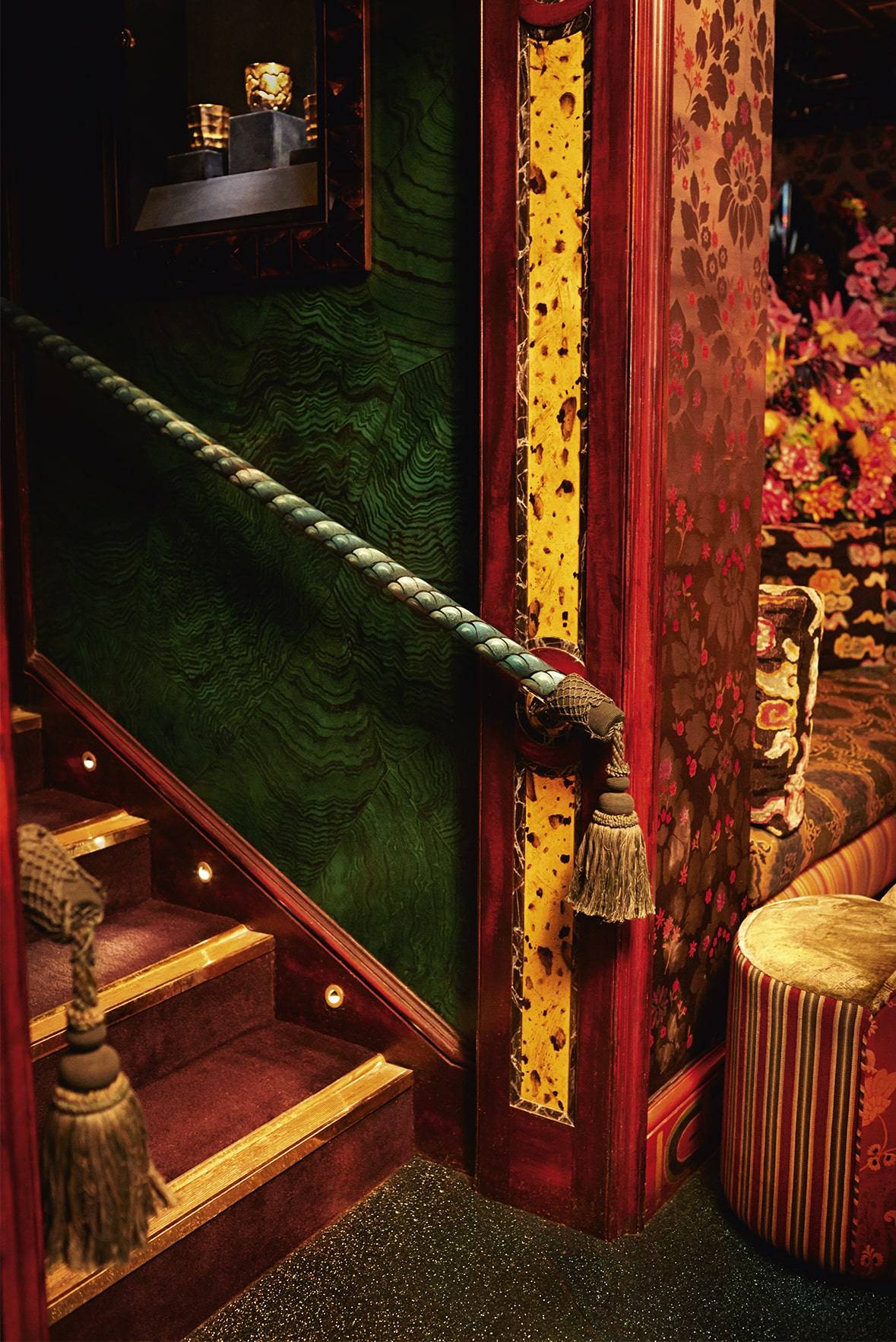 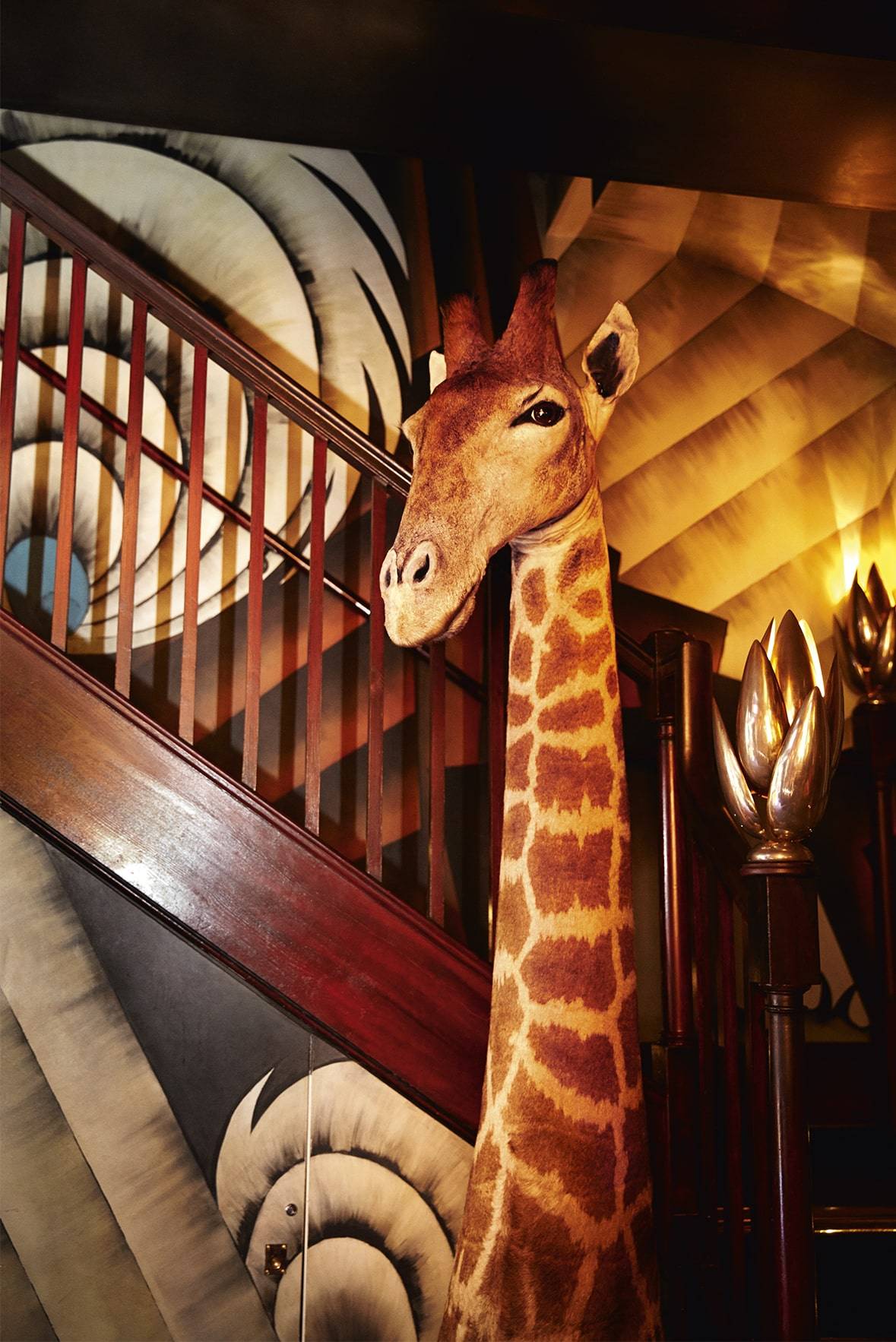 Rifat decided to abandon fashion “on a high” in the late ’90s and moved back to Turkey. Inspired by decorating his own home he launched an exclusive range of cushions, with fabrics from Turkey, Central Asia, and Uzbekistan, where centuries-old textile designs have their own language and stories, told through color, weave and pattern. The clever use of ikat, suzani and yazma made Yastik a well-known name in interior design. Rifat’s exuberant design sense was instantly recognized. Little did he know he was preparing the ground for his new creative adventure in the world of interiors.

Decorating became his primary focus. Robin Birley visited his London flat, and loved its style so much that he gave Özbek carte blanche to design Loulou's to make it the sexiest and best looking club in London. Rifat went for it. He mixed and matched loud patterns, vibrant colors, bold prints and rich textures. He tested the most unthinkable combinations and the most irreverent accessories. He managed to make the eclectic and the eccentric timeless. He chose themes for each room: the Madagascan bar, the Tibetan temple dance floor, the African bar, the gypsy caravan-inspired alcoves, the Proustian room, the Marchesa Casati room. The result is a total feast for the eyes and for the soul.

This issue is the ideal armchair traveller's companion for the modern day. With current restrictions in travel, escape into the world of Cabana from the comfort of your own home and immerse yourself in the extensive portfolios on Venice and Hyderabad. Centuries of styles blend magically in Venice, captured by Antonio Monfreda, and through the lens of Markus Luscombe-Whyte, Hyderabad radiates the charm of a bygone era. Other stories include the Murlo Estate in the Umbrian countryside by Guido Taroni, Villa Imperiale of Pesaro by Ashley Hicks, and one of Tangier’s most beautiful houses captured by Miguel Flores-Vianna, amongst others.